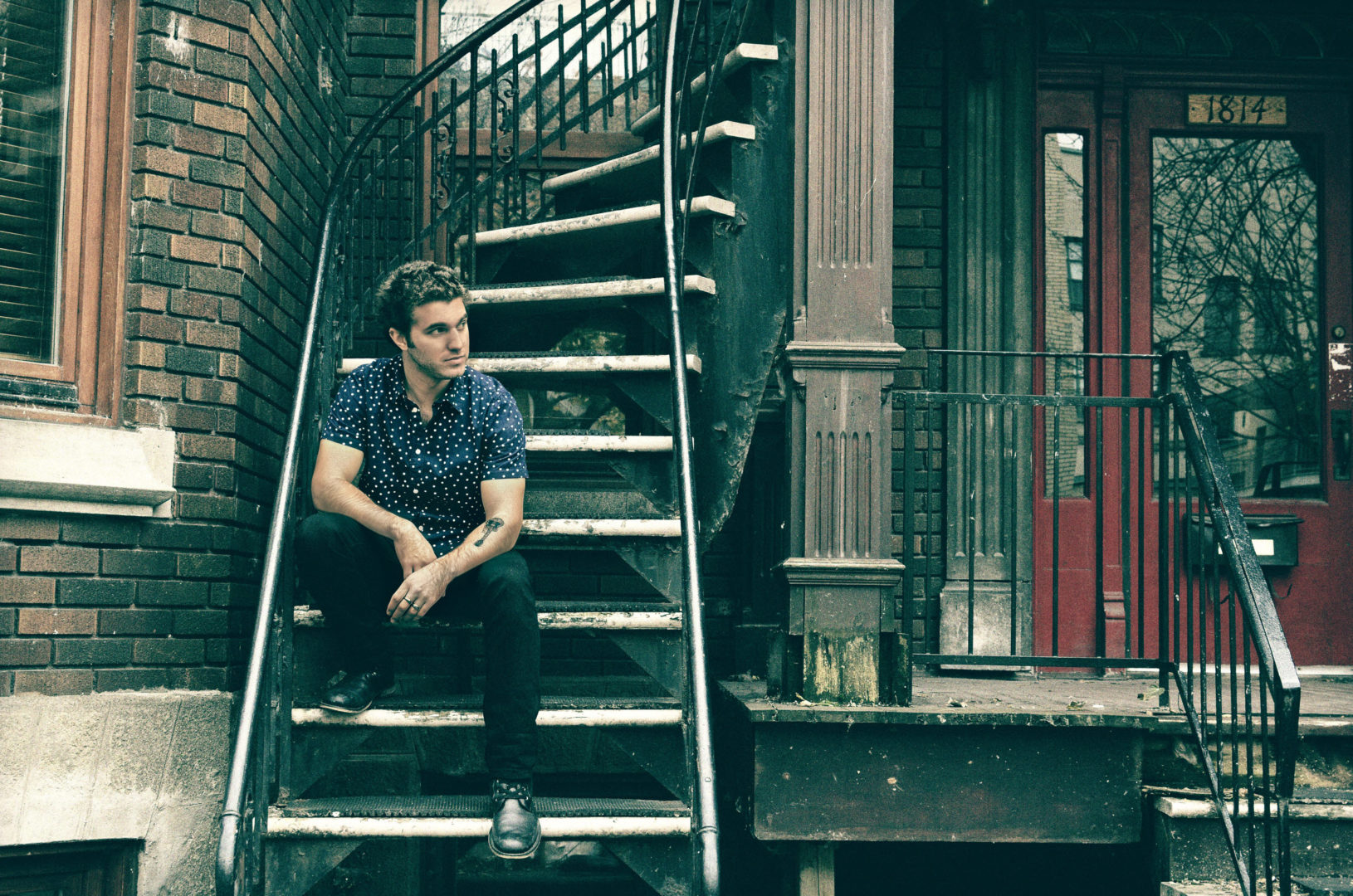 Montreal based triple threat singer/songwriter and producer Patrick Lehman is about to release his fourth album entitled “Butchy’s Son”. Patrick was recently named “Canada’s Best Kept Soul Secret” by CBC radio and has earned radio play in North America and parts of Europe. Here at Canadian Beats we were lucky enough to catch up with Patrick and chat a bit about life and music, check out what he had to say below.

I’m pretty confident about the fact that music is all I’m good for. It’s the only thing I can remember ever wanting to do. It’s always been in my mind, and I never saw myself doing anything else. After studying music in University, I just continued performing and have been lucky enough to keep it going. When I’m singing or playing music, I feel the most like myself – anything else is a struggle.

What’s the hardest part of being an up-and-coming Canadian artist, and what is the best piece of advice you can give a new artist (based on your own experience)?

The hardest part is sort of finding your own path. There’s no handbook on how to be an artist in Canada or any other place. It’s all about trying, making mistakes and trying again. Keeping yourself motivated can be tough, but if you want something bad enough, ultimately nothing stops you. You have to be willing to walk your own road.

You have toured pretty extensively throughout many countries, what has been your most memorable tour experience so far?

My most memorable moment of performing would have to be the Paul Simon tribute concert at the Montreal International Jazz Festival a few years ago. I had the chance to perform a few songs alongside Elvis Costello and Sam Roberts, in front of 150 thousand people in the middle of downtown Montreal. It was summer, it was raining all day but when the show started the rain stopped and it was just a really surreal experience.

Touring a bit in Europe has been an incredible experience too. My first festival there was in Netherlands at the Songbird Festival. I didn’t know if ten people would be there or anyone at all – when I stepped out on stage with my Dutch musicians, the room was packed with hundreds of people. That will never be erased from my memory.

If you could record a duet with any Canadian artist who would it be and why?

I would love to work with Hawksley Workman. He made a real impression on me when I heard his music in college. I love his freedom in his production. I’d also really love to work with Arianne Moffatt from Montreal and Feist. But who knows.

You have said you get your inspiration for song writing from real life experiences including the unfortunate passing of your father. Other than inspiration for lyrics, do you think those tough experiences have impacted your writing style or process in other ways?

I do for sure. I don’t really force myself to write though, I find my best songs come to me randomly when I’m not trying. It sounds wild, but I’ll just get a feeling sometimes – sort of feels like being full – and I know I have an idea and need to get to a piano or guitar asap. Most of the songs on my new record happened that way.

For example, in my song “King”, other than the lyrics of the song being about losing my father, I knew the sound had to be a certain way. I wanted the contradiction of the string quartet and the heavy industrial drum loop to represent the sometimes tumultuous relationship I had with my dad. But in the end, it was a love story. The lyrics and music had to sound powerful, emotional, beautiful and hard. Connection between lyrics and music is important to me, especially on this record. I find I see things when I hear music like a lot of people do, I want my music to be visual.

After the release of your new album “Butchy’s Son” what can we look forward to next, maybe a Canadian tour?

Here at Canadian Beats we like to include a just for fun portion to help your fans get to know you a little better, ready?..

The last album I purchased was on Amazon ( yes I still love ordering physical CDs) and it was the full Tracy Chapman discography. I’m a fan but never heard all of her albums, so I’m slowly digging in now. Great songwriting.

I love a lot of pop music. I like all kinds of music, but sometimes a good pop tart song hits the spot.

I also am addicted to youtube. I can get stuck on there for hours watching concerts, interviews and stand up comedy. Not the worst vice in the world, but sometimes it can be.

I love watching old episodes of the Dick Cavett show or finding some old footage of the Mamas and Papas performing somewhere. It’s great for finding classic gems.

What is something your fans would be surprised to learn about you?

I can’t skate. Never could, might never learn. I know I’m losing Canadiana points here, but I’m not a very coordinated individual.

What can we find you doing on your days off?

Listening to music, drinking coffee, driving around listening to music. I don’t get a lot of free time, and I’m abit of a workaholic, but if I give myself some time to relax it usual involves listening to music, being outside. I like to walk around new neighborhoods sometimes too and get lost. Living in Montreal, there’s always a new spot I didn’t know about, it’s nice to discover new areas.

If you weren’t doing music what would you be doing?

Probably mopping floors somewhere humming to myself. It wasn’t that long ago I was doing that. I’m so happy I’m to do what I love.

And last but certainly not last, anything you would like to say to your fans?

You’re the reason I’m able to do music, you’re sometimes the only reason I do music, I’ll never stop if you don’t.