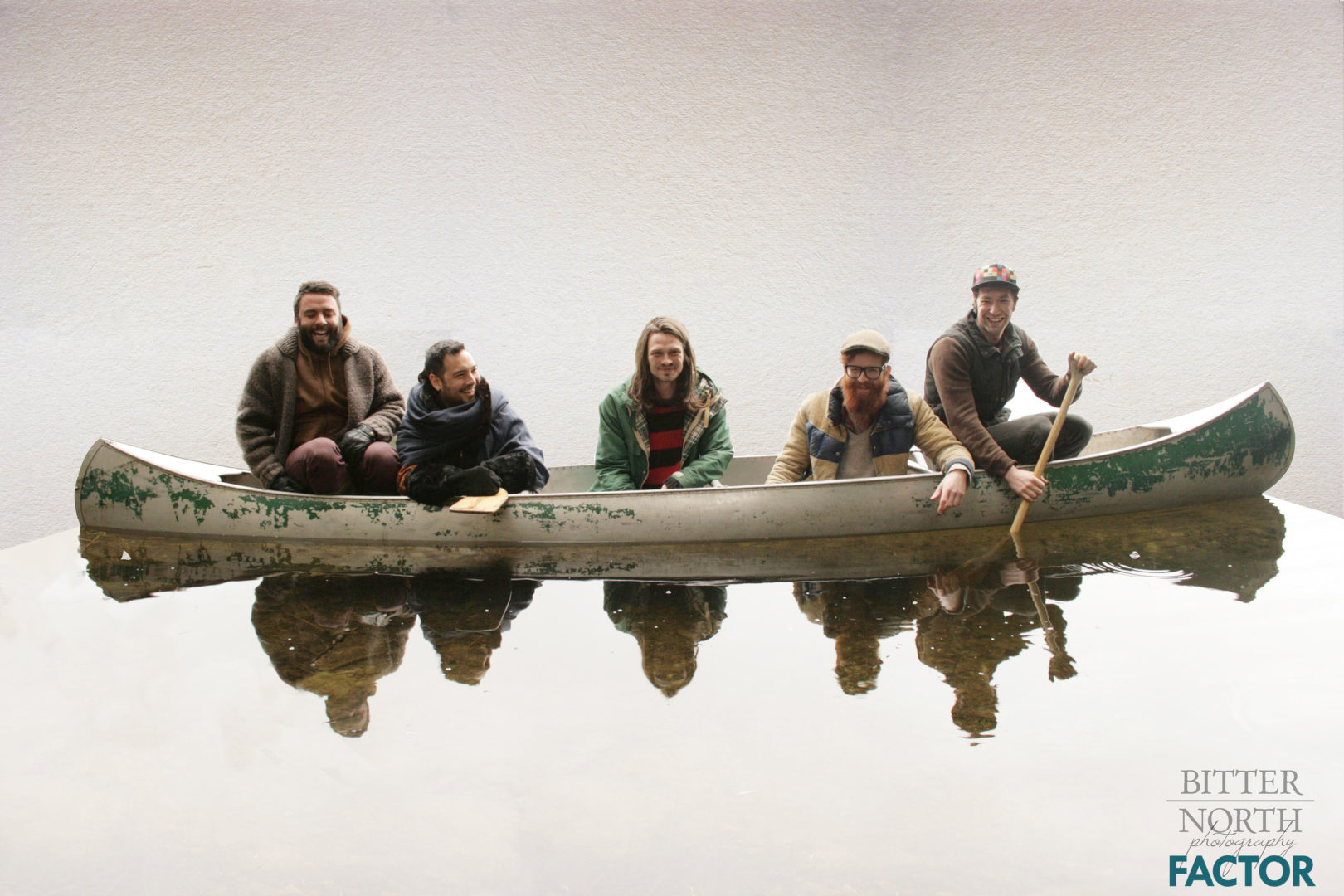 Victoria, BC based folk band, The Tequila Mockingbird Orchestra is made up of 5 musicians. The band is about to release their long awaited album, “LOVE” on August 21, which will be followed by over 25 dates on their Western Canadian tour, find dates below.

I had the chance to ask vocalist/ guitarist Kurt Loewen a series of questions about their background, the new album, and much more.

This is a looong answer.  So the short one is, the band has had various incarnations….up to as many as 7 people, including an alto sax and trombone when the band was in its infancy.  But it has been 5 members since 2007.  And even with recent line up changes, continues to be 5.  Ian and Paul met at UVic, there is a funny story there about Paul meeting Ian through Ian’s girlfriend at the time….

You have five band members, all playing a variety of instruments, what is one instrument you would like to learn to play but haven’t yet?

I’m fascinated by a number of instruments, but what I think I would LOVE to learn to play are the drums, like really well.  I’ve always dabbled, they’ve always been around but I’ve never got better than like a fairly simple, boom-tick-crack.  A solid drummer is a welcomed addition to any musical project I’ve ever been a part of.

You are releasing your new album, “LOVE” on August 21, what can you tell us about the writing process on this album?

A lot of the tunes on the record have been waiting on the back burner for a long time.  I think Wolfe et Montcalm is probably close to 4 years old.  In terms of arrangements, the most liberating (and sometimes time consuming) process was to just multitrack, one instrument at a time in this beautiful space where we recorded the album.  We didn’t exaclty have a deadline, so we basically spent a month with the red light on, banging ideas around, spending a lot of time in the woods contemplating, and generally spending lots of time together.  But it is soooo varied, how each some came together is completely unique.

The first single from the new album, “Funeral Song” which can be listened to on your bandcamp, how did you choose this track as the first single?

A couple of reasons, firstly is that it is single length by radio standards (that is, it has a 3 in front of the track time), but more importantly it is probably the only song on the record that would actually stand as a single on its own.  It has a verse, a chorus, and a bridge.

On top of the release of your album, you will be touring throughout BC and AB, when can fans in the rest of Canada expect tour dates?

It is honestly a little hard to say, we are hoping it will be various dates in Eastern Canada in late November, but may not be until next spring or summer, honestly!  WHOA!

Is there a particular date on the tour that you are most excited for? Why?

BC and AB in general is home court in so many ways.  I can honestly say I’m so excited for almost every date.  If I HAD to pick one, I think Jasper Folk Festival is going to be a real treat.  An incarnation of the band played it like 8 years ago, so to play it as we are now is really exciting.  Jasper is one of the most beautiful places in the world.

What can someone expect from one of your live shows?

I’ve been crazy about Yukon Blonde for a long time, specifically their self titled.  The Bros Landreth blew my mind at North Country Fair this year, those guys are going to be like….Garth Brooks famous.   Rachael Cardiello is one of the finest new acts on the Canadian circuit, and if you get a chance to see her, especially in Toronto with her full band, please do.  Always gotta check out Miss Emily Brown who continues to create gorgeous record after gorgeous record.

Also just saw Tanya Tagaq and I don’t know if I have accurate words to describe how completely unique of an experience that was.  I think it is best to say, when the aliens come and ask us for our cultural ambassador, it will have to be her.

The first concert I attended, was like, Phantom of the Opera I think…or maybe Fred Penner….the First concert I took myself to was Rancid when I was about 13.

Toss up between Frank Ocean’s Super Rich Kids and Father John Misty’s When you’re Smiling and Astride me.

Only one, my wedding ring.

If you were able to put together a festival, which Canadian bands and artists would you want to join you on stage?

If I was worthy, Bruce Cockburn.  Then I’d like the cast from Kids in the Hall, Strombo himself (yes even during the hockey night era), then Bahamas, The Be Good Tanyas (they’d have to reunite), and the Deep Dark Woods.

Love you all, can’t wait to see you!