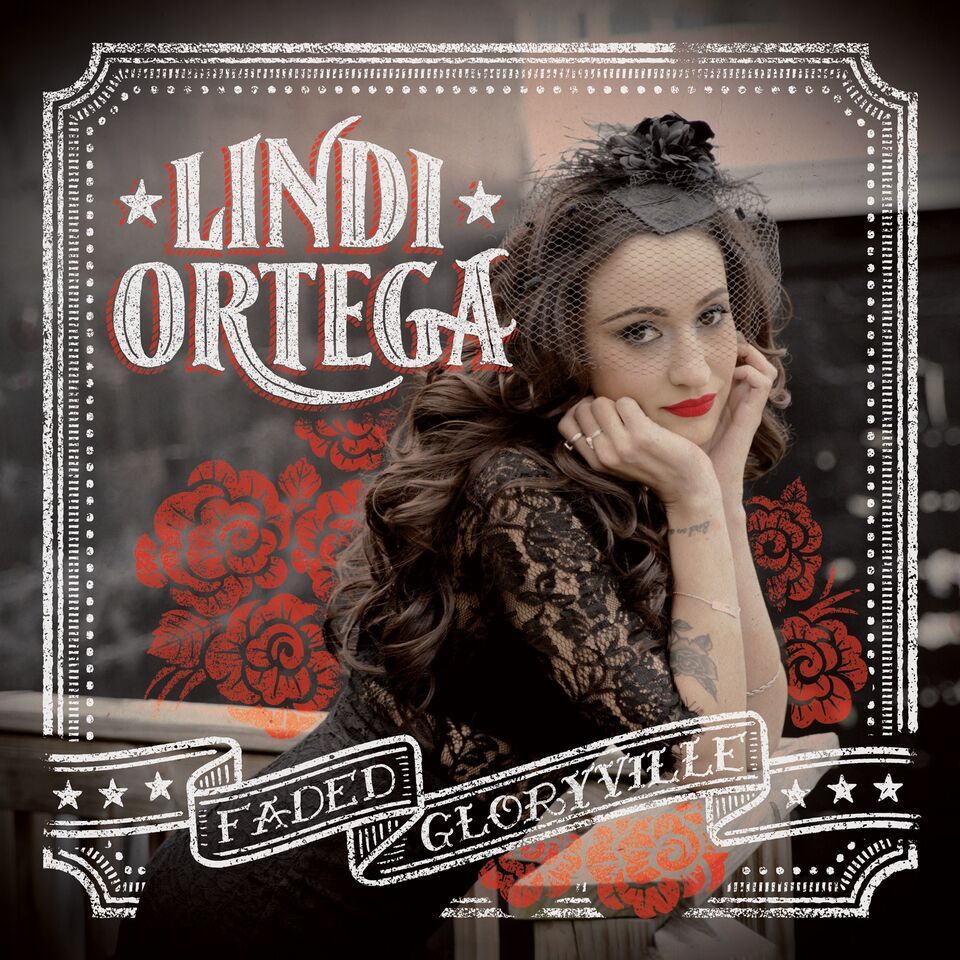 Alternative country’s own bad girl Lindi Ortega is releasing her fourth album entitled ” Faded Gloryville” on August 7th. The Toronto based singer/songwriter has been described as their “best kept secret.” She has had three CCMA nominations and won ” Roots Artist of the Year.” Lindi has also toured with Brandon Flowers from the killers as a backup singer. This girl has had her toes in every venue, in front of every audience and that diversity is flawlessly evident on “Faded Gloryville.”

The album found its title when Lindi envisioned “Faded Gloryville” as a state of mind. A place that you “let those feelings of disenchantment and jadedness or what have you, get the better of you.” The album succeeds in taking you to another place; one that you can let your badass hair down. Opening with a song called “Ashes” the song illustrates the feeling of watching a relationship go up in flames. Lindis voice is not your typical modern country voice, sounding more like what you would find on a classic 70’s country jukebox hit.  The raw vocals instantly grab you and take you for a joy ride through “Faded Gloryville”  kicking up the dust in the rear view mirrors.

Lindi Ortega has no problem pushing boundaries like no other female artists can with songs like “Run Down Neighborhood” and “Run Amuck” both depicting bad habits and addiction. Both songs covering the topics with such a fun upbeat sound that you can’t help but tap your feet, satisfying that inner rebel. Lindi also covers the Bee Gees “To Love Somebody” with such a class that you actually forget it’s a cover. The album closes with a song called “Half Moon.” A slow ballad displaying once again her incredible throw back vocals, the song represents the idea of only showing off half of yourself. “Half Moon” is the perfect drive back from ” Faded Gloryville” leaving you with a sense of refreshment like a Sunday afternoon drive.

“Faded Gloryville” has opened my eyes to the music of Lindi Ortega and I am a fan. This album Is the perfect addition to anyone’s playlist from the country girl next door to the tattooed punk rock fan down the road. Lindi Ortega is the perfect example of what classic sound with a modern twist is capable of.