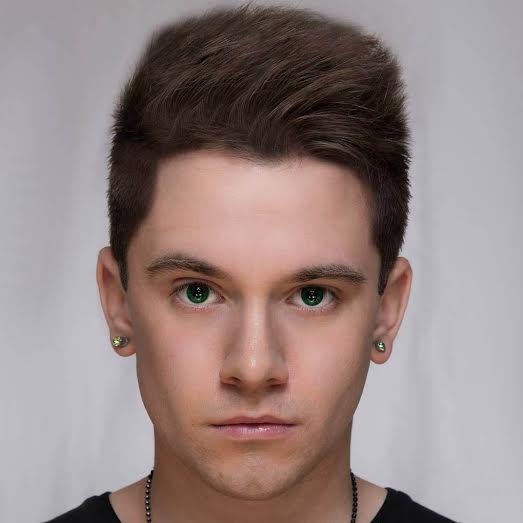 This is not the first time we have featured Canadian pop artist, Jaden Chase on Canadian Beats and I believe it’s safe to say that it won’t be the last. Jaden has been pursuing music for most of his life, and released his debut six-song EP in 2012. Now, in 2015 he is hard at work on his full-length release, “Diversity” which is scheduled for release this year. Most recently, Jaden has unveiled his new single, “Bare With Me” to the world, and it’s a great track, which I highly recommend.

I had the chance to ask Jaden a series of questions about what he’s been up to since our previous interview back in January 2014. Interested in reading that interview, head HERE!

Last time we chatted, you had just released your single, “Level Up”, how did the fans respond to that single?

“Level  Up” was a very good debut single for me. It caught the attention of a lot of people and started my fan base. I was very pleased to see that people enjoyed what I wrote and composed. It progressed and aided in the launch of my second single “Incredible”, featuring Karl Wolf, very nicely and the response was no less than phenomenal !! My fans grew with me as my second single hit radios around Canada. They continuously requested the song to radio stations and still do to this day. Thanks to them the song hit number 31 on the Canadian CHR top 40 chart in a matter of 2-3 weeks. My team and I were ecstatic. It’s an amazing knowing that you have such supportive fans backing you up.

You have most recently released a brand new single, “Bare With Me”, what can you tell me about the making of this song?

Incredible was a very fun and happy go lucky song so this time around, for my new record, I wanted to reach people on a deeper level. While I was writing the song, I saw that people around me, including myself, always have someone around them that is continuously trying to reach some kind of goal, a dream. Whether it’s a promotion at work, getting that degree at school or even achieving a life long dream, that something will always take them away from their loved ones and it saddens them to see them hurt. You’re asking them to bear with you during your time of hardship, have patience with you so you can become the person you need to become in the future. Also, some fans pointed out that I misspelled the title. I actually wrote it like that on purpose.The title has a double meaning. The first being the expression to bear with someone and the second is to be bare with someone, exposing yourself, being completely naked with someone.

Will there be an official video release for “Bare With Me”? If so, when can we expect that?

Yes of course! We are still in pre-production. The script is presently being written, we have our director and all of our locations. The video is going to be an amazing representation of the song. We are going for that “retro” feel just like the cover art of the record. I don’t have a specific release date yet but it is going to be released within the next 2 months.

With the success of your previous singles, has the reaction so far from “Bare With Me” been what you hoped for?

It was exactly what I hoped for. The first week was incredibly good.The response from the fans was instant. I got so much love from them. It really shows how my fans have grown with me. I am truly grateful for their support. It just started playing on the radio so hopefully, the people that haven’t had the chance to listen to it yet, will be able to hear it now.

I see you are hard at work on your album, “Diversity”, when can fans expect the album to be released?

Indeed. I am working really hard on the album with some extremely talented people. It is going to take some time before it is done though because I am a quite the meticulous person.  I want to get every single detail right so my fans get the best out of it. After all, they deserve nothing but the best :). I owe it to them to make it to the best of my ability.

Michael Jackson has definitely been a big musical influence throughout my life. The first song I ever remember listening to is actually “Beat It’ by Michael Jackson and apparently I really enjoyed it 🙂 This was way back even before I began singing which is right around before I started walking. I’ve always enjoyed his music and I respect him for what he achieved and the light he cast towards modern pop music. He will always be a legend.

When can we expect a full Canadian tour from you?

Right now I am working on my album but I am still doing shows pretty often. I am most definitely planning a Canadian tour once my album is ready but again, nothing is set in stone. Hopefully in the coming year.

If someone has yet to see you live, what should they expect?

I enjoy writing music. It aids as a stress reliever, recording and being in the studio but performing however, that is something else. It is where all my hard, countless hours of work are shown to my fans. It is for sure on top of the list. The adrenaline takes over and people can always expect an explosive performance. That is what I do best. Last time I performed there was a technical difficulty with the sound at the venue and someone asked me to sing  my single ”Level Up” A Capella. It turned out to be a what I like to call a ”good” mistake because that’s what people enjoyed the most that night. It was very raw but I was quite engaging. It gave the audience a chance to sing along with me and nothing else.

If you were able to work with any other Canadian band/ artist/ producer, who would you choose? Why?

I’ve worked with Karl Wolf on “Incredible” and it was an amazing experience. Karl is such nice person and gives out a great and positive aura so working with him was an absolute pleasure. You can say it was “incredible”. We became close friends.  If I had the chance to work with another Canadian artist it would either be Drake or The Weeknd. Both are extremely good at what they do and I think that if I had the chance to work with either or, we would definitely come up with a smash record.

I have a secret weapon that I use every time I’m about to sing. I have my little bottle of honey with me everywhere I go and I drink some before singing whether it’s in the studio or on stage. It make my voice so much smoother. Now you all know my secret.

If you were asked to give a rising Canadian artist some advice, what would it be?

Surround yourself with genuine and honest people to work with. They are really hard to come by. I have my manager to thank for that. If you want to see results, work at it. Work as bad as you want to breathe and only then you will see results.

Is there anything you’d like to say to the readers?