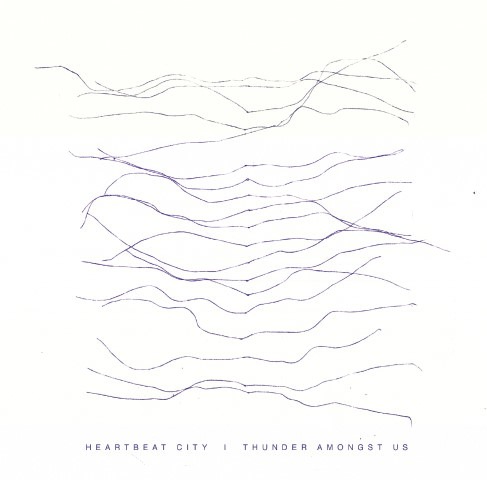 Heartbeat City is an Indie Folk/Rock band from the city of Winnipeg, Manitoba. The band is made up of five members, Ian Neufeld La Rue, Louis Levesque-Cote, Luke Bergen, Nick Krueger, and Jodi Plenert. Heartbeat City likes to mix a bunch of different instruments and back it up with very creative lyrics to give a calming feel to all of their songs.

Heartbeat City is releasing their first full length album called ‘Thunder Amongst Us’. This album drops on August 7th, 2015 and will be enjoyed by all of Heartbeat City’s fans. Thunder Amongst Us features ten tracks that all have the calm feeling that the band is known for. I have listened to Thunder Amongst Us and enjoyed listening to all the songs. The Vocals are very nice to listen to and gives it a smoother sound then I expected to hear. The two songs that were my favorite are ‘Small Victories’ (track one) and ‘Lighthouse’ (track eight). I love the way both songs start and how they flow. I will definitely put these songs on my music playlist once Thunder Amongst Us is available.  The album shows what great talent all the members in Heartbeat City have and the passion they put into every song.