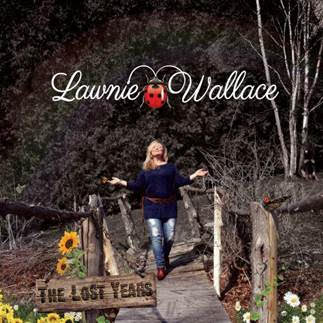 Lawnie Wallace is a country singer/songwriter. Lawnie Wallace started her music career at the young age of eight years old. Before the age of eighteen she had been signed onto a major record deal and dropped her first album ‘Thought I Was Dreaming’ which reached the top 10 of the country charts. She is now coming back from a ten year hiatus from her music career and is happy to be releasing her newest album.

This is Lawnie Wallace’s first album since her ten year hiatus and is very excited to be releasing it to her loyal fans. The album was written throughout Lawnie’s soul searching journey. The album is entitled “The Lost Years” and features twelve full length tracks. I took a listen to the album a few times through and I really liked it. I’m usually not a big fan of the country genre but Lawnie Wallace has changed my mind on all country. The two songs that I stuck out for me off of The Lost Years is ‘Madly’ (track three) and ‘Party’ (track five). They are both upbeat and really catchy songs that sound amazing with Lawnie Wallace’s vocals. Welcome back Lawnie Wallace!