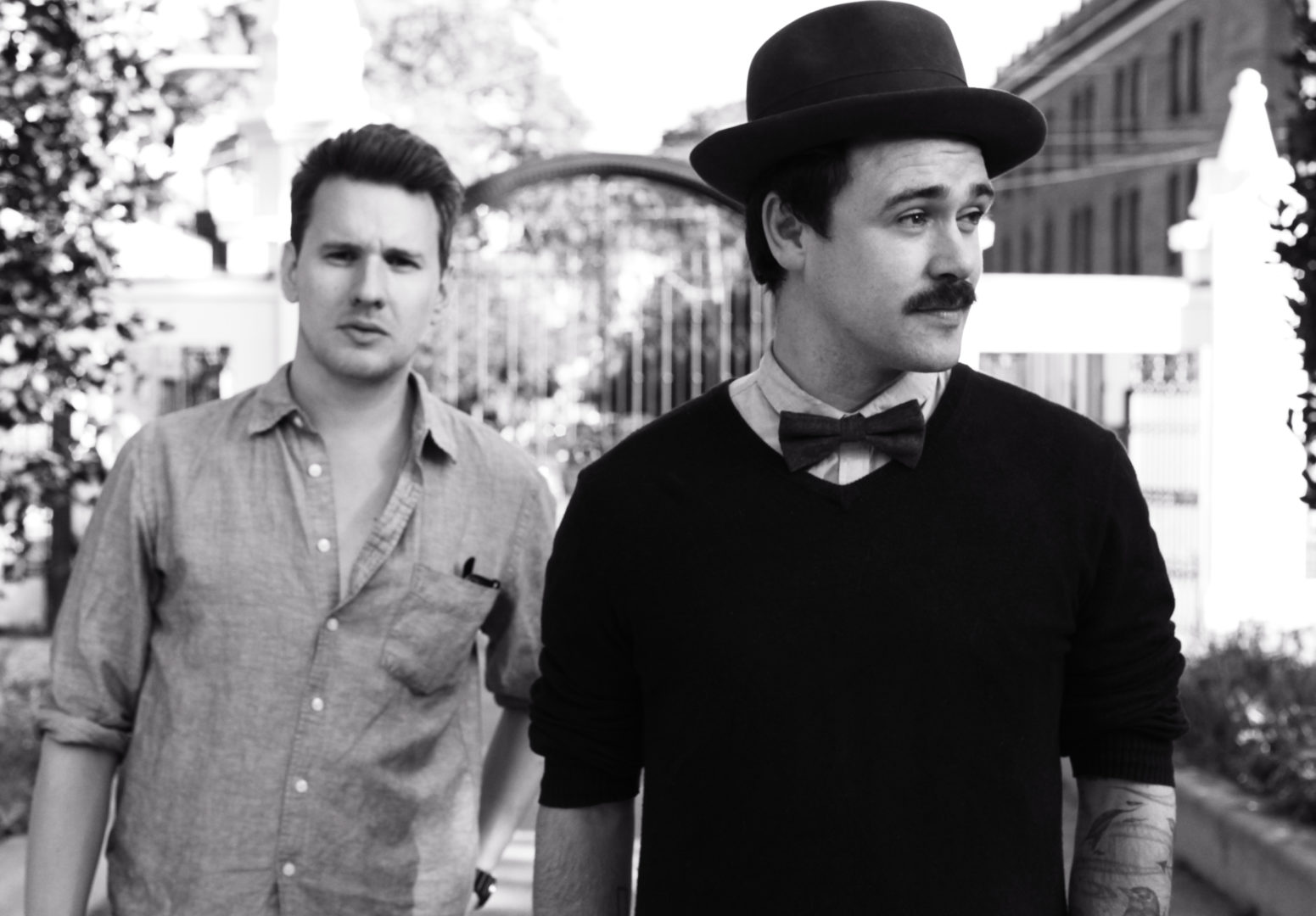 Bellwoods is a Toronto band composed of Alan Snoddy and Morgan Cameron Ross. They have been performing throughout the city after the release of their debut hit song “Live it up”, and now, with a brand new single out they are sure to keep turning heads. “Fire Escape” is their latest summer hit, and will be available on iTunes on July 24th,. Stay tuned to hear of more performances and song releases from Bellwoods leading up to their debut EP.

How did the two of you meet and come together to form Bellwoods?

We met though musical friends here in Toronto, I’m originally from Montreal and Morgan is from Vancouver. We started writing, playing and collaborating together and decided to see how it would go as a band.

You recently released a new single “Fire Escape”. How was working with Ash Koley and Justin Gray?

Writing songs or coming up with sketches or demo ideas at home is one thing but when you sit down with a producer like Gray you really see the other side of the game, the business of “hits.” Having your music being taken to the next level by a producer like Gray and a vocalist like Ash is such an amazing thing to sit back and watch and to also sink yourself into creatively.

What is the meaning behind your songs?

Most of our songs I guess are what you call “upbeat” but if you listen to the words and not just the melodies/arrangements, they all focus on both the good and bad. I think a lot of artists want their audiences see to them (the artist) in the songs, when in fact it should really be the other way round … As an artist I think you should want your audience to see themselves in your music, allowing it transcend borders, language etc etc. At the root is should all deal with universal themes. We don’t write the songs for us to sing, we write them for our fans to sing!

We tend to have the same process each time — either Morgan or Myles will come up with the idea for a hook, chorus or overall theme and then we work together to get the lyrics down. This usually results in our first demo and then we work with our team to see where it can go. Seeing a song change from a demo to a finished track is really exciting.

You recently played some shows out on the East and West Coast, will you be touring some more this summer/the upcoming year?

Our record is coming out mid-October so we have about about a half dozen tour dates booked before the release, with lots more to come. The response we’ve had so far has been great, especially a few weeks ago supporting Marianas Trench in Moncton!

Are either of you currently working on any other projects?

Morgan has an anti-bullying charity that he’s very passionate about called “The Poster Project” and I have a really fun band that I front called “Tommy Yougsteen” that plays (mostly) only the music of Tom Petty, Neil Young & Bruce Springsteen (we have a show at The Horseshoe on August 29!)

When can we expect Bellwods’ debut EP?

The release is scheduled for this fall, October!

What is your all-time favourite song?

I couldn’t pick just one… I really like that new Brandon Flowers single “Lonely Town” that’s just out, produced by Ariel Rechtshaid (he’s produced Vampire Weekend, Haim and Madonna just to name a few and is someone we’d really like to work with!).

What is your favourite thing to do at Trinity Bellwoods?

Morgan is there everyday with his dog. I usually just go to chill out and have a coffee or read. The best green space to kick back in the city by far, really chill.

With so many talented musicians in the city, Toronto is a great place for musicians and music lovers alike. Who are your favourite Toronto bands?

Believe it or not I don’t really get out to see that much live music in Toronto but if I’m going out it’s usually to see friends who play in some really great Canadian bands (The Sam Roberts Band, The Arkells, July Talk, etc).  I always check out HotRocks too when they play, they are a Rolling Stones tribute band and are great!

If you could open for any band, who would it be?

Our music is pretty pop oriented but also has a lot of great folk elements so I think there are a lot of bands we could open for. If I had my pick, my list would include John Mayer, Maroon 5, Mumford and Sons or even a straight up new country artist like Tim Mcgraw or Lady Antebellum.

Where is your favourite venue to perform in the city?

The biggest thrill for me was playing at Massey Hall with Stars a few years ago, such an iconic room and you can always still feel all the great energy from all the legends that have played there. Gives you a real jolt to really give it your all.

If you could play any festival in the world, what would it be?

I’ve played Coachella before and it was great, would definately like to play that again. One that I’ve never played is Bonaroo in Tennesse, which is fantastic I hear…  Hopefully our invitation is in the mail for next year!