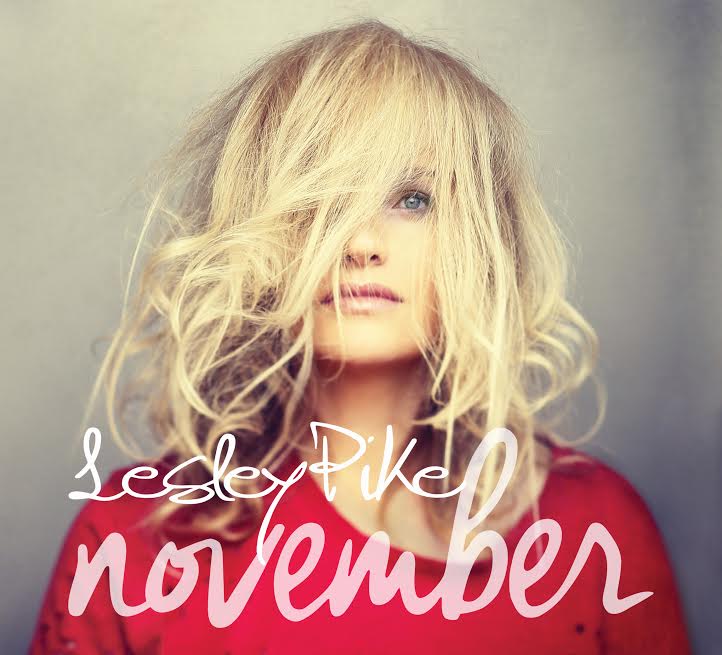 “The reason we write songs is because people need music, because it means something. It communicates in a way nothing else can.” A beautiful quote from Lesley Pike that sums up the connection some people have with music, whether performing or simply listening to, perfectly. Pike is a roots/rock artist originally from Wingham, Ontario and is now based in Toronto. Her new album ‘November’ was released on July 24th through Fontana North, which follows the release of the lead single “White Lies”. She attended the Royal Conservatory of Music for piano & vocal studies as well as Wilfrid Laurier University for classical music. With several albums under her belt, she has made a name for herself in the music scene and we were able to conduct an interview via email to talk to her about her new album and more.

Congratulations on releasing your new album, ‘November’. What were some of the inspirations behind the album?

Thank you!  I think real life and relationships in one form or another are almost always the inspiration.  Human relationships (of all kinds, not just the romantic ones!) are so fascinating and a constant source of inspiration.  On this album I also dug into the relationship I have with myself on songs like “White Lies” and “My Own”.  All of my songs are inspired by some kind of personal experience.

Over the last couple of years I played a lot of gigs over in the UK where I didn’t often have access to a piano, so I wound up playing a lot more guitar.  That lent itself to a bit of a different process that I was accustomed to when it comes to writing.  I put more focus on rhythm and ‘feel’ this time around, and was more mindful of how things would translate in a live setting. I would try out a lot of new material during sound checks so I could hear right away how something sounded from the stage.  “Brooklyn” is the only song on the album I wrote on keys, and that was on a Rhodes so was still a different vibe than a piano.  A few of the songs (‘Brooklyn’, ‘The Ground Below’, ‘In Another Life’) came out in one sitting and are just true representations of how I was feeling at those exact moments.  “Wishing Well” happened when James and I were in the studio one afternoon and I was telling him a funny story about being set up, and throughout the tale he was playing this great little guitar riff.  All of a sudden I stopped talking and started singing a melody and lyric that i’d written ages ago but that had never really fit anywhere, and it just worked with what he was doing.  That is by far the happiest song i’ve ever been part of creating; James had to give me a little pep talk afterwards about how it’s ok to just write a happy song, haha. “White Lies” was a collaboration with my friends Emma-Lee and Karen Kosowski who are both brilliant in their own right, that was my first ever co-writing session and they are just so good and so comfortable with each other that it was impossible to not feel inspired and have fun with it. Collaborating with Ryan Kelly on “Every Time We Say Goodbye” was a completely unique writing experience; James and I had written most of the song together in the studio already, but we had decided that for it to be a true duet we wanted the other voice to write their own verse. When Ryan came in he just nailed it, vocally and lyrically; it was magic.  Overall, I think writing with the guitar, and being able to collaborate so much with various people really pushed me out of my comfort zone, which is exactly what I needed.

Do you have a favourite song off of the album?

It varies depending on my mood! I love performing “My Own” because it feels empowering and James rips it up on the guitar solo.  I love the duet with Ryan Kelly because his voice is just so fabulous on it, and I love the moodiness of In Another Life.

How does ‘November’ compare to your earlier albums?

It’s a bit grittier, a lot more guitar-driven, and has more of a groove to it overall. We recorded it almost entirely live, as a band, which had been a dream of mine for ages.  We went more for feeling and mood than ‘perfection’, which I loved. Several songs on the album are literally just one take with no edits; there’s a phone that rings in one song and we just left it in there because the vibe was too good to mess with. I think on past albums I wasn’t as confident in my voice and always held back a little bit, but in this setting I was able to get past that timidity and trust myself, and James really encouraged me to dig deep and use more facets of my voice.  I remember after my last album one of my friends said ‘sometime I just want to hear you let ‘er rip, I know it’s in there’, and I was finally able to do that on this album.  We didn’t overthink things, we didn’t do a dozen takes of anything, we just captured moments instinctively, in real time, all together.

Do you have any funny/interesting stories from recording the album?

A few years ago I was over in London visiting my sister and doing a bit of backpacking around Europe, and one evening I got a message from a friend back in Canada telling me I should check out a show at Bush Hall.  I had never heard of the artist at the time (it was Colbie Cailllat), but my sister and I decided to just get up and go.  We arrived to find that it was sold out, and the security guard said we had to wait for quite awhile to see if people didn’t show up and then we might be able to get in.  My sister ended up leaving to meet other friends, but I stuck around and the security guy very kindly snuck me in. I didn’t know a soul in London other than my sister, but it turned out that standing just behind me in the venue was Jason Mraz, who was an acquaintance but I had no idea he was in London.  So we watched the show together and he invited me into the studio the next day to check it all out while they were working on “I’m Yours”. I remember sitting there thinking ‘these people are  incredible, this is a dream team’.  Fast forward to my album, I walked into the studio in London and James had, without any knowledge of that story, assembled some of the same crew for my album. So that was a pretty crazy moment for me.

Incidentally, while we were working on the album I was offered a show at Bush Hall, and that same security guard was still working there that night.  I shook his hand and told him that letting me into that show a few years back had changed my life.  His response was something like: “well, don’t go telling my boss I let you into that show for free!”

If someone hadn’t listened to your music before, what song(s) would you suggest they listen to first?

My Own, White Lies

There are so many, but my first ‘holy crap’ music moment was seeing Peter Gabriel’s “Secret World Live” tour on video.  That had a big impact on me.  I went through a few Ani DiFranco years and was definitely influenced by her raw, unfiltered approach, and her humour and banter on stage.  Tori Amos is also a big one, not just for her music but also for her courage and resilience.

Can your fans expect to see you on tour any time soon?

YES!  I have a few shows in August, then will be back in Canada / USA in November / December and will be bringing James and also Ryan Kelly along with me, very excited about this!

At the moment we’re getting ready for album launch events, including an intimate party / show in Toronto at the Orange Lounge Studio (where we recorded the song ‘November’), followed by two “dinner + show” events in Listowel, Ontario (near my hometown), and then a launch show in NYC.  The album comes out in the UK/EU on Oct 2, so I’ll be over there early fall to promote and tour, and then back to North America for the aforementioned shows in November / December.

Do you prefer the book or the movie more?

Ah, so many.  Peter Katz has a brilliant new album out, and I love Sebell.

This changes a lot, but according to my iTunes at this exact moment it’s Jessie Ware “Wildest Moments”, followed by “If I Could Change Your Mind” by HAIM.

If you could work with any band/artist, who would it be and why?

I’d love to work with Peter Gabriel or Daniel Lanois.

You’re stranded on a desert island. What three things do you want to have with you?

My dog, my boyfriend, my guitar.  (And let’s not overanalyze that order ;-))

A huge thank you for the love and encouragement!  It’s always a bit scary releasing new music and there are so many ups and downs along the way and my fans have been so patient and enthusiastic and supportive of this album, it’s been overwhelming.  I’m so grateful, and I can’t wait to see everyone out on the road!