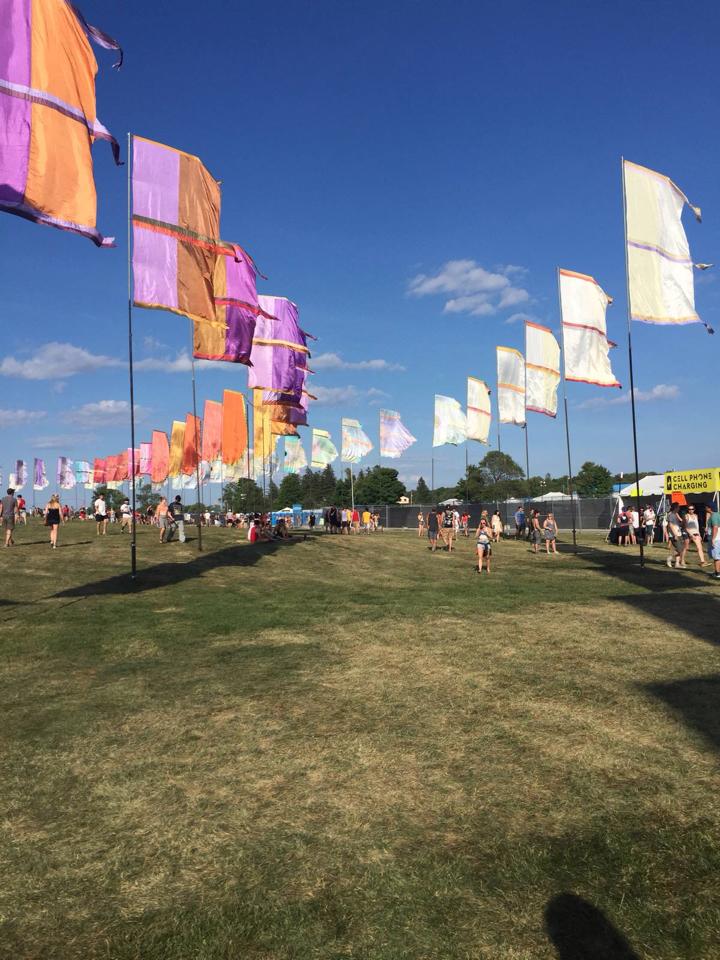 When I heard Barrie would be hosting the Bonnaroo of Canada, I knew I had to get tickets for WayHome the minute they went on sale. All the radiation of positivity that Bonnaroo has to offer, just an hour and a half away from me—it seemed too good to be true!

Every time I see a festival lineup announced, I am always overwhelmed with joy with all the amazing artists I will get to see. Usually I am lucky if I get to a fraction of those shows. However, I did a pretty good job this time round. The lineup was stacked with talent, so I didn’t get to see everyone. However I managed to see three great Canadian acts: Lowel, The Sheepdogs, and Neil Young with Promise of the Real.

Lowell is an electropop artist originally from Calgary. After moving to Toronto, she began to work as a stripper. However, she paid her dues and is now signed to Arts & Krafts record label. She released her first EP “I Killed Sara V” (her stripper name was Sara Victoria) in 2014. Her first single “The Bells” is a dreamy hit that got the audience jumping around in a happy daze. She only had a short 45-minute set, but Lowell definitely knew how to work the stage and the crowd, putting on a memorable show.

The Sheepdogs are one of my favourite all-time bands. I have seen them several times now, and have never been let down by a performance. They have a never-faltering consistency with the best rock n’ roll hair in the business. The only difference at the WayHome performance was lead singer Ewan Currie had cut off his rocker locks for a summer Sheepdog look—the heat must have gotten to him. All The Sheepdogs songs are hits to me, but the band gave the audience what they wanted to hear, playing “Feeling Good”, “How Late How Long”, and “I Don’t Know”.

Ah, Neil Young: The King of Canadian Rock and Roll. I can’t believe I have gone this long in my short life without seeing him live. He performed with Promise of the Real, which includes two of Willie Nelson’s sons. I went in not knowing what to expect- but I was far from disappointed. I got to hear some of my classic favourites including “Cowgirl in the sand” and “Down by the River”. The guitar solos were long and raw, and the energy was rapturous.

There is always a learning curve the first time a large-scale event is thrown. However, I think WayHome knocked it out of the festival grounds (if you will), and I had a fantastic weekend. I had too much fun at WayHome if that’s even possible, and I will most definitely be attending next year!