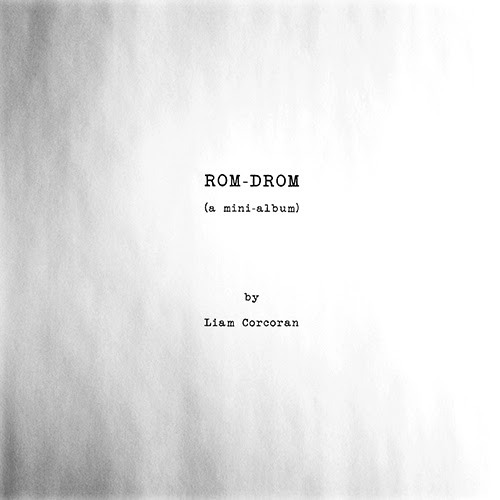 Liam Corcoran may be a name you’ve heard before. He was the lead singer of former Charlottetown, PEI band Two Hours Traffic. After the unfortunate end of the band, Liam ventured off on his own and is about to release his debut solo EP, ‘ROM-DROM’.

The EP is only seven songs long and I’m sure I’m not the only one wishing it was longer. I had the opportunity to see Liam and his band open for another Island favourite, Tim Chaisson, a few months ago where he played some of these songs. My favourite off of the EP is “Let It Be Now”, which was released as a single shortly before the rest of the EP was available. Throughout all of the songs you will hear beautiful harmonies and melodies. Some other personal favourites are “July Eh, July Oh” and “Catching the Stars”.

There aren’t many albums and EPs I immediately want to play over and over again, but ‘ROM-DROM’ is definitely one of them. There’s just something about it that you can’t really put into words. You just fall in love with the songs and how his voice melts together with the instruments. This is one EP that you need to add to your collection.