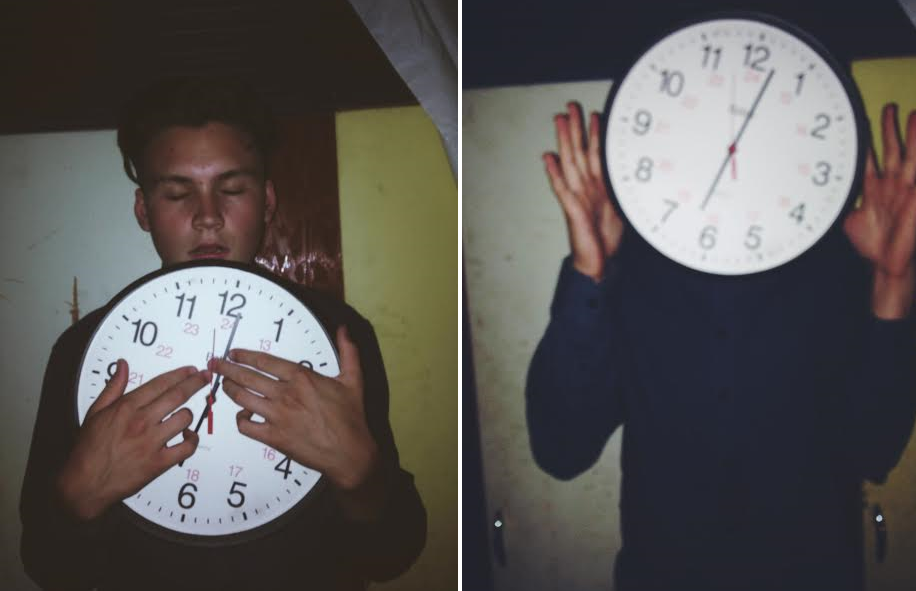 Nanaimo, BC based alternative band, The Odd Neighbourhood is made up of Troy Pawloski, Travis Adams & Hogan Smith. The band has recently released their new single, “The Strange Affair”. We can also expect an EP in the next year. I was able to ask Travis a few questions about their background, the new single, and more!

It started about three years ago. My drummer and I used to jam with a mutual friend. It was this crazy, psychedelic mess created at 11 o’clock, about three times each week. We had a bit of a falling out with him and decided to recruit an old friend, who knew how to play bass. Hogan Smith that is.

You were formerly known as “Flipside Cinema”, why did you decide to change your name to “The Odd Neighbourhood”?

The name “Flipside Cinema,” was kind of immature and illogical. No matter how hard we tried, there was no way to make the poorly thrown together name, make sense. Also, it was extremely hard for concert attendees and listeners to remember the title. When one day, walking late at night, I saw this guy washing an old, rusty Jaguar (car). Literally, at about 1:30 AM. Just then, it clicked. The Odd Neighbourhood. It was a struggle to decide if changing the band name would be a good idea, since we had been around for about two years, played multiple shows, and had our name on posters and web events. But, after a long thought, the decision was clear.

You have a new single, “The Strange Affair” which was released on June 15, how has the response been?

Yeah, it’s been quite well! Lots of personal friends, who are involved with music, extremely seem to like the percussion and drumming in it. Which is surprising, because this is the first song I (Travis Adams) have done by myself. That’s how the plan seems to be for now. I do all the studio work, and the other guys play all the shows.

You also released a video for “The Strange Affair”, how did you come up for the concept of the video?

Yes, yes! (Laughs) I had this part joking, part serious idea to make this really cheesy, homemade music video. You know, something you would see from like, KT Tunstall. Nothing against her, I have a few of her songs on my phone.

Almost getting mugged, because I was holding my friends seven hundred dollar camera, downtown vancouver, alone, at around two in the morning.

You are working on an EP, what can you tell us about your writing process?

Well, not quite sure if we want it to be an EP or, an LP. We are still discussing that. For the writing process, It’s all of my work really. The other guys don’t seem to have the drive to want to write, but I really like it. Maybe it’s because I don’t have any other hobbies. Who knows.

For me, it just seems to come naturally. There is never really a forceful method behind the writing process. And, it’s not like I’m going out into the nature to find inspiration or something. It’s just little bits of things in my life that I put together into a little rhyme. Then, after the course of time, it becomes a song.

Actually, the landmark show didn’t end up happening for us. We decided to take that challenge on next year, due to travel issues. We were playing a show with a local band “The Distrubutors,” the next day on the island. It just wouldn’t have been smart to try rushing over from Vancouver within 12 hours. So far, our show schedule is getting put together for the up coming year, we just played a string of shows in the last few months. It’s kind of seasonal.

What can someone expect from a live “The Odd Neighbourhood” show?

It depends on the environment sometimes. If you’re playing a show with some local bands that you know previously, it’s a bit more laid-back. You know, you can kind of jam out, have a good time. Although, when you are playing a show for an opening tour or, a theater audience, you have to be a little more down to earth and alert. But even then, it still can turn into a creative jam session on stage.

Any idea when you will have some Canadian tour dates?

Oh wow, big plans for the future. Hopefully when we release our LP.

Me personally (Travis Adams), was Revolver by The Beatles.

I notice I acquire and consume lots of iced tea in the summer season. I guess you could consider that my all time favourite, even though it may lead to kidney stones.

What is the last concert you attended as a fan?

“Listen To The Radio” by The Pukka Orchestra

Not yet. For sure a future plan!

God bless you all, if you’re out there. Stay tuned for the album! And, last but not least, THANK YOU!