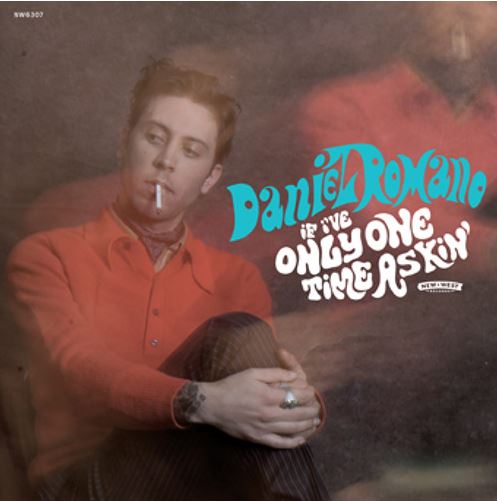 Daniel Romano is a singer/songwriter from the lovely city of Welland, Ontario. Daniel used to be in some punk bands such as Attack On Black and City And Colour, and decided to take his skill of writing songs to the next level and started a solo music career. While Daniel Romano is creating his own music he will also help out other artist in creating theirs. He has worked with some artist such as The Luyas, Fred Squire and Julie Doiron.

Daniel Romano is releasing his fourth album entitled ‘If I’ve Only One Time Askin’ today. This album is said to be  a mix of Country, Folk, and Pop. If I’ve Only One Time Askin’ features eleven tracks, including the newest single ‘The One That Got Away (Come Back Today)’. I have listened to the new album a few times and it reminds me of the kind of music I had to listen to growing up with my parents. This is a good thing as this type of music has been lost and you don’t hear it as often anymore. My top two songs from the album are ‘If I’ve Only One Time Askin’ (track five) and ‘Two Word Joe’ (track nine). Both songs are about love and are catchy especially ‘Two Word Joe’. I fully enjoyed listening to this album and recommend it to others who want to listen to that old country sound.

Daniel Romano is hitting the road on tour across North America, Check out the tour dates on his website:  http://www.danielromanomusic.com/