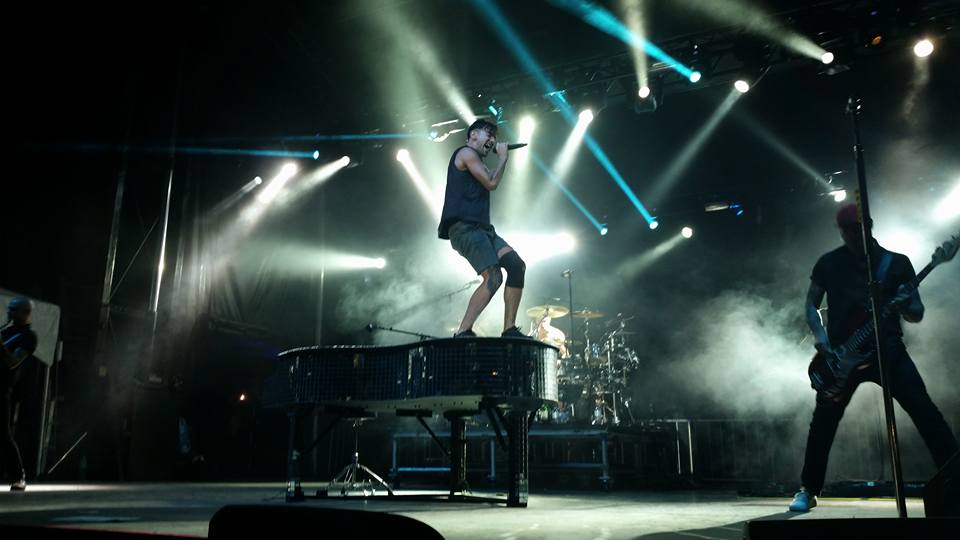 Waking on July 23rd was not a problem for me as it was the day I have been counting down to for months. After a total of six hours in line, listening to two soundcheck sessions, and running to the barricade, it was the time that we were all waiting for! The great Empire Square Live Rockfest 2015 had finally started with a Pop singer/songwriter, Ria Mae from Halifax. 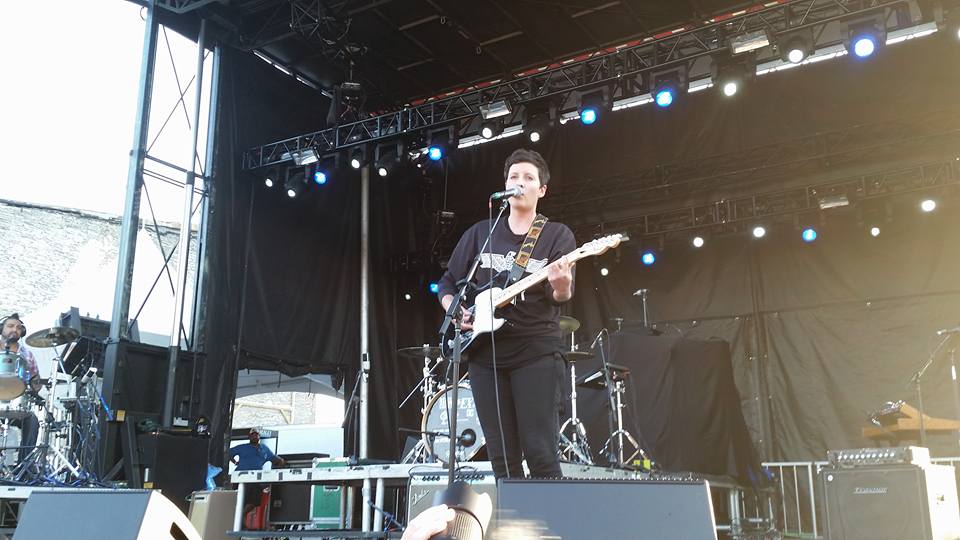 Not being very familiar with who Ria Mae is, or what her music was like I can honestly say that I am now a fan. I can’t tell you what all of the songs were that she performed but there was one song called ‘Clothes Off’ that had the crowd around me moving and singing along. ‘Clothes Off’ is also Ria Mae’s newest single. 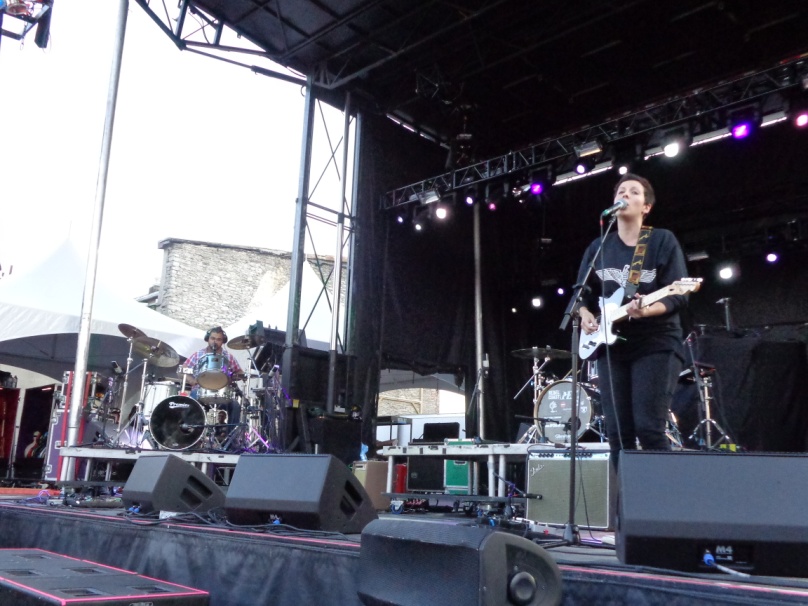 Up next was Scott Helman, a Pop artist from Toronto, Ontario. After hearing Scott Helman was one of the artists opening for Hedley I got super excited and couldn’t wait to see him live; finally after being a fan for awhile. Scott Helman took the stage with his song ‘Tikka’, which is my favorite song off of his album ‘Augusta’. 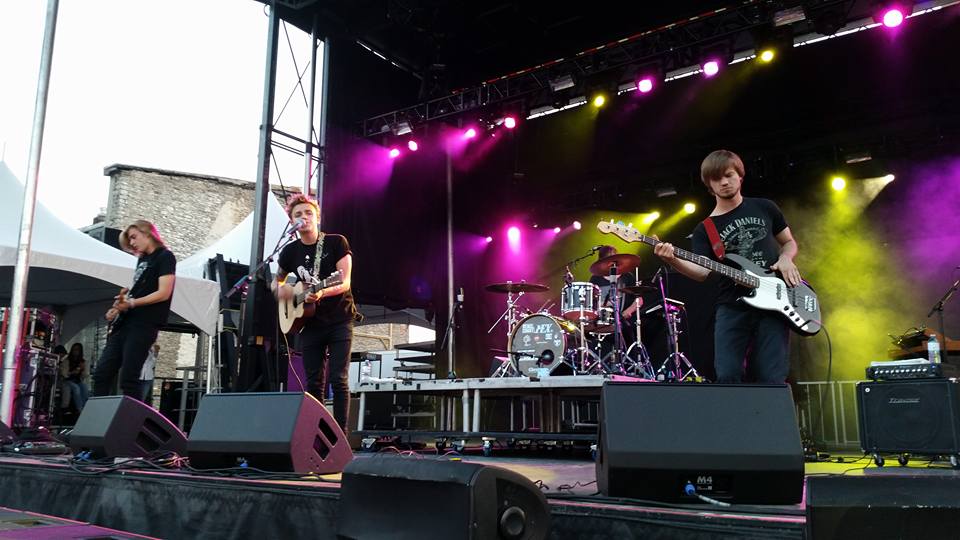 Scott Helman has a great stage presence and was very entertaining to watch, as he moved around on the stage and engaged with the crowd. He performed his songs ‘Cry Cry Cry’, ‘That Sweater’ and ‘The Lion’, all of which are on his album as well. Scott ended his set with his newest single ‘Bungalow’. 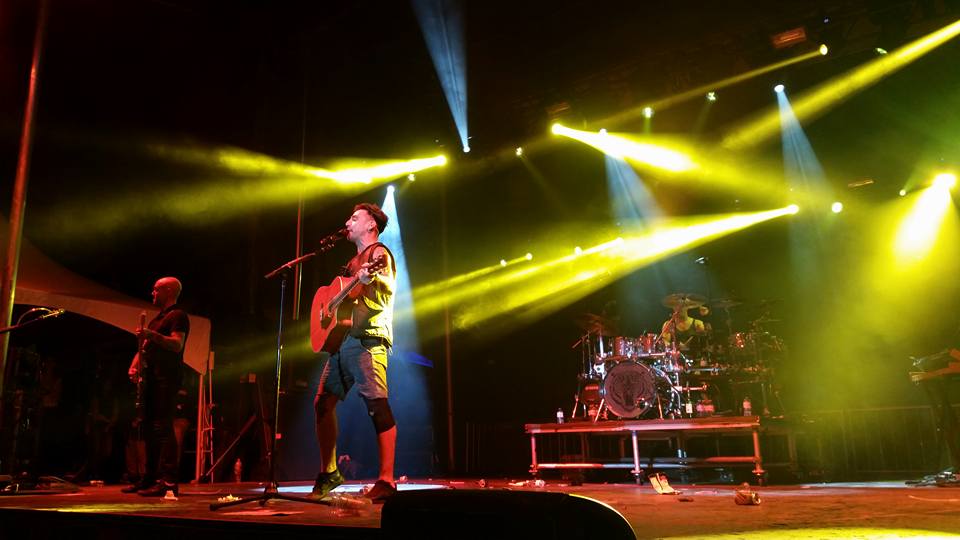 After waiting for hours, Hedley finally hit the stage to perform an hour and half set to almost 4,000 fans. Hedley opened with their song ‘Crazy For You’, and let me tell you the crowd went crazy! With Hedley’s lead man, Jacob Hoggard having what appeared to be a knee injury, I thought he would be less energetic and not moving around as much as he was. Jacob still did his spins and jumping from place to place during the fast paced songs such as ‘Cha-Ching’, ‘Don’t Talk To Strangers’ and ‘Headphones’. 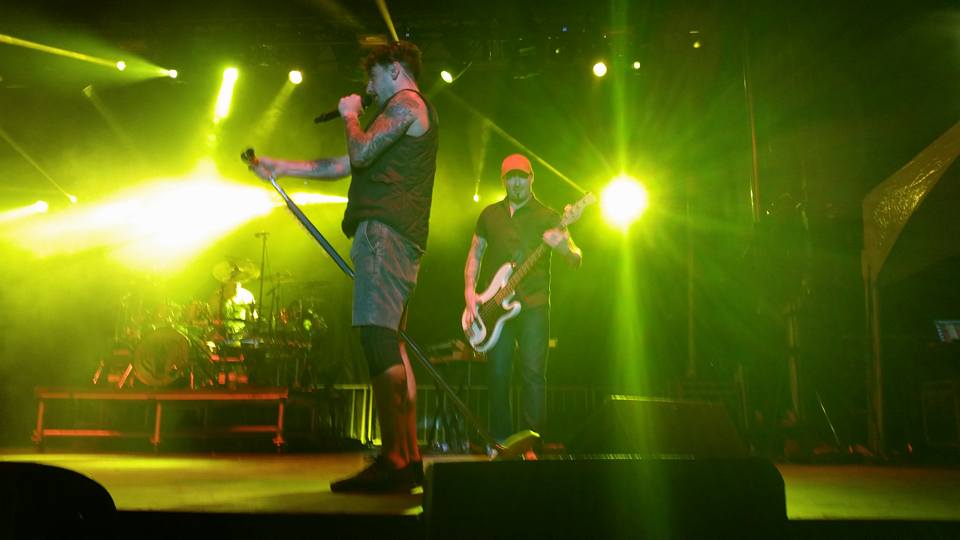 I was on Tommy Mac’s side of the stage and he kept throwing guitar picks in front of us. I ended up with two of them by the end of the night. The most amazing part of Hedley’s set was when Jacob jumped off the stage and pulled a young child from the crowd and brought her up on stage, lifted her onto the piano and sang her ‘Perfect’ and then proceeded to get her help with the t-shirt canon. It was the sweetest thing they could of done that night. 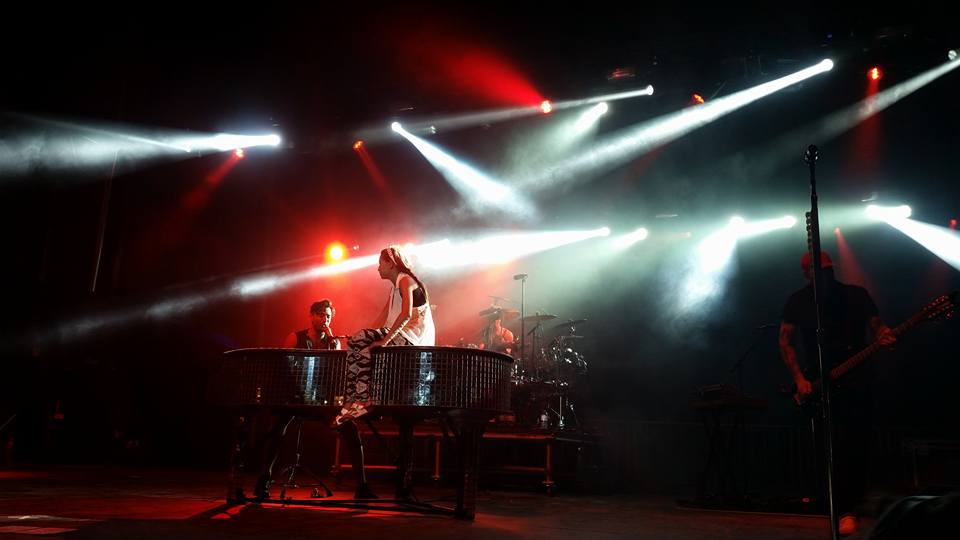 Hedley performed their hit singles’ Invincible’, ‘Anything’, ‘Heaven In Our Headlights’, ‘One Life’ and ‘Never Too Late’. Halfway through Hedley’s set Jacob stated that half of the band has birthdays in the summer and requested everyone throw them gifts or donations. Being at the front for the first time I felt very overwhelmed with the amount of liquids I ended up wearing but had a good time laughing as the band members dodged items and picked up some to wear and make jokes. The band played a three song encore ending with ‘The Sweater Song’. After the show I was scrolling through my social media and one of my friends who lives nearby said that she could hear the screams from the crowd.  Hedley definitely puts on an amazing show, be it their arena tours or summer festivals. This was my sixth Hedley show and I can guarantee this won’t be my last! 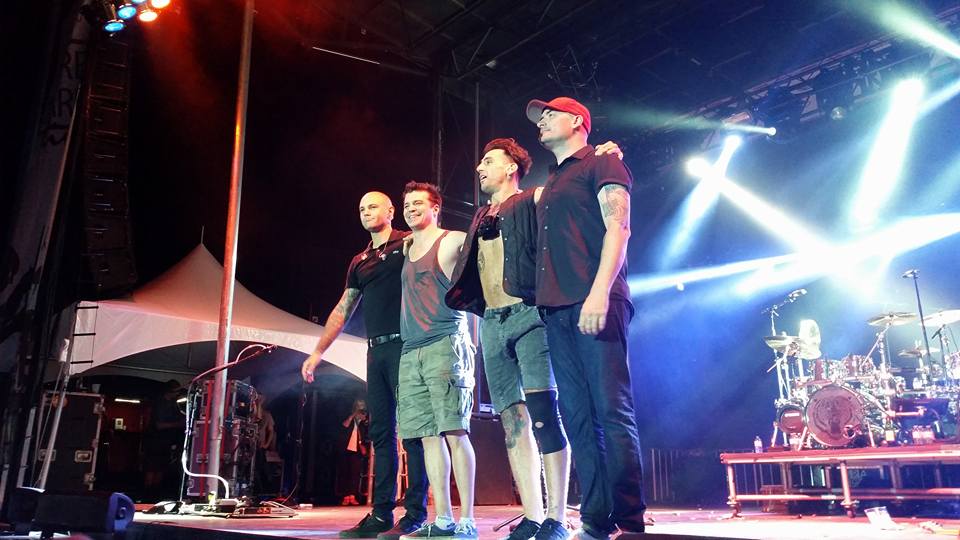