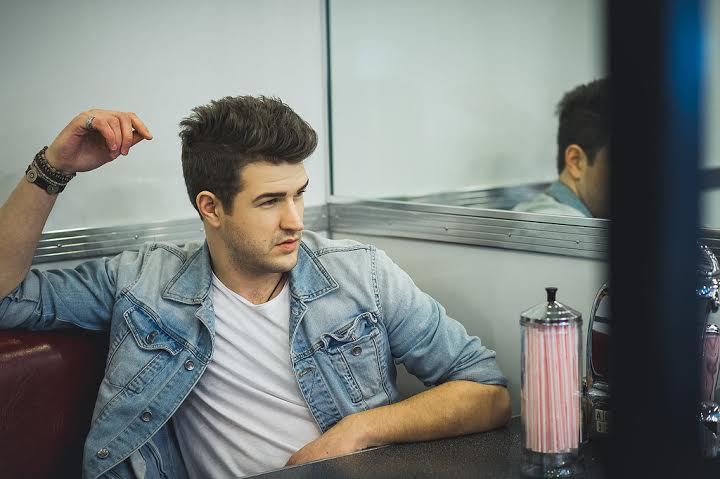 Waterloo, ON based country artist, Scotty James has been a busy guy, he has released an EP entitled Summer Jams and is set to release a full length album “Streets”  in September. I had the chance to ask Scotty a few questions based around his background, his EP and his upcoming album, keep reading to find out more about this rising country star!

Have you always been interested in pursuing country music as a career path?

I grew up as a very quiet and reserved kid that was bullied a lot in school. Even though I always had a dream of being a singer, it was very discouraging especially after getting cut three years in a row from my high school’s music talent show. It wasn’t until I moved out west after high school when I realized I wanted to pursue music as a career. That’s when I picked up my guitar and began to write songs and perform for people. For the first time in my life, people accepted me and loved my music, giving me the confidence I needed to pursue this dream full-time.

Like many musicians, I was broke and unable to support my career, that’s when I started going door-to-door, serenading people for money.  It was during a front porch serenade where I was discovered by my now music manager, Johnny, who took me under his wing and funded my first album. Fate would have it that the song I sang to him at his front door was the same song that hit #20 on AC Billboard charts earning me a CRMA. Opportunity knocks everywhere I guess.

swMy biggest musical influence was Matt Nathanson. I loved covering the song “Come On Get Higher”. As a kid though, I listened to lots of country music around the house. My parents would always be playing Shania Twain and the Dixie Chicks. Today, I love listening to Keith Urban, Rascal Flatts, Lee Brice, and Brett Eldredge.

You released a three song EP entitled Summer Jams on June 24, what made you decide to release an EP before the release of your album in October?

My label likes doing things differently, which is why I love working with them. We wanted to give fans and new listeners a true sample of what they could expect on the upcoming album.  Because of the timing, we thought it would be cool to choose three songs that would make a great summer playlist.  You know the kind that makes you wanna roll down the windows, sing to the words, and feel good about life.

As I mentioned, the EP features 3 tracks, including your single, “Toes”, can you explain the writing process behind this song?

This song has a pretty cool story. I wrote “Toes” while I was staying at Johnny Reid’s home in Tennessee. I was down in Nashville on a writing trip and the person I was writing with, who I met through Facebook, just happened to be house-sitting for Johnny Reid. Johnny was there for one night with us before he took off to host the Junos in Canada. Before he left, he gave us some tips for writing, one being that he sometimes gets inspired watching romantic movies. So that’s exactly what we did the next day, we spent the entire day watching Rachel McAdams movies. Soon after our marathon of movies, we began writing the song “Toes” at Johnny’s house.  The next day, we took the song into a songwriting session with legendary songwriter James Dean Hicks, who wrote couple number one songs for Blake Shelton and Conway Twitty.  By the end of that session, Toes was complete and became an immediate favour for my first country single.

You have released lyric videos for both “Toes” “Cancun”, and “Sugar Don’t”, can fans expect an official video for the tracks?

Yes! Fans can expect an official music video for “Toes” in August.

Does the EP give any indication of what we can expect from the full length album, “Streets” to be released in October?

Yes, most definitely. If you like the EP and are curious to hear more, we got seven more songs coming that are going to define my style of music and songwriting. I seriously cannot wait to release these songs. I co-wrote them with some truly fantastic writers and created the perfect song mix that listeners will be able to connect with at all levels.

Can you give us any hints as to what to expect from the album?

Magic often happens in the moment or sometimes when you least expect it. I’ll get a melody stuck in my head then I’ll take that into a writing session. Other times, I’ll go into a session looking for bits of inspiration. We’ll all chat about what’s going on in our lives, our relationships, and just jam out until we find that special something that we could work with.  For example, when I wrote Cancun, I was on a roadtrip to the Muskokas with my writer friend from Nashville and a girl from Burlington. Even though it was winter, it felt like a summer roadtrip we all took as teens. It’s a song that we all related to.

When can fans expect to see a full Canadian tour from you?

We’re hoping to be touring by spring 2016 and hitting the festival circuit next summer. Stay tuned!

Will you be performing at any festivals throughout the summer?

No, unfortunately the timing didn’t work out this year.  I will be busy though, doing album promo, interviews, and a radio tour this summer.

For someone who has yet to see you perform live, how would you explain a Scotty James concert?

Like going on one of those road trips you’ll look back on and recollect. It will be fun, adventurous, emotional, and at times sad but always spontaneous with a bit of hip shaking and shoulder gyrating guitar playing, just warning ya.

I noticed on your YouTube channel that you have posted a few cover videos, such as “Drunk On A Plane” by Dierks Bently & “Sweet Nothing” by Calvin Harris, what is your all-time favourite song to cover?

Keith Urban “You’ll Think of Me”.

Canadian Beats is all about Canadian music, so of course we have to ask who your current favourite Canadian artists/bands are?

Jason Benoit is killing it lately. Big fan of his music! I would also love to write with Jason Blaine and Deric Ruttan.

Here at Canadian Beats we like to include a short portion of questions that may help your fans learn something new about you, so here it goes:

Considering you have a song called Cancun, I have to ask where you would like to travel if given the chance to go anywhere in the world? Why?

The Maldives so I could swim from water bungalow to water bungalow during the day and see the bioluminescent phytoplankton light up the ocean at night.

Spending time in Grand Bend at my vacation pad with friends, family, and a bottle of red.

“Break up with him” by Old Dominion, maybe because I was the guy who could never get the girl in high school.

What is your favourite lyric? (Not one of your own)

If you were able to do a duet with any other Canadian artist, who would you choose?

Shania Twain. Now that’s on my bucket list! Can you make it happen?

Since your songs seem to follow the trend of romance songs, I thought it only right to ask…what’s your all-time favourite love song?

Let’s take selfies together after the show!  If you just discovered my music, please watch my videos, hit me up on social media, and share my music. That means the world to me.