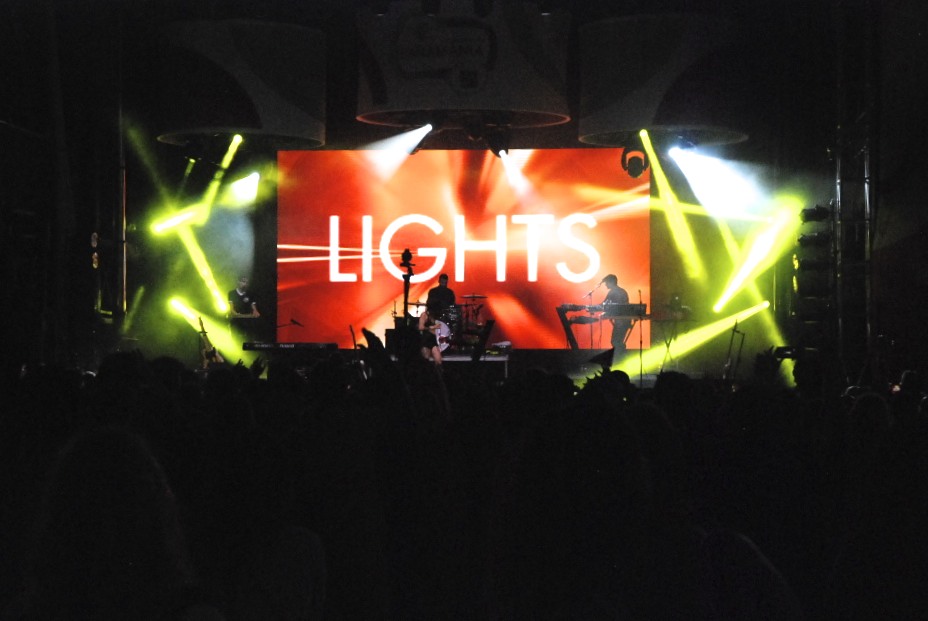 Lights performed a fantastic, jaw dropping set last Monday as part of a series of free events celebrating the arts during the PanAm games in Toronto. The crowd was full of fans that couldn’t wait for the show, so they began cheering and chanting every time the slightest movement was made on stage or backstage. After moments of waiting, Lights finally emerged to the sounds of her fans’ excited shouts, opening the set with the light-hearted synth-pop number, Peace Sign and instantly igniting a dance party.

I have to admit that I was pleasantly surprised with Lights’ performance. As great as her recorded music is, her raw talent really only shines live. She was full of charismatic charm, lively dancing, and a powerful voice that seems too big for her tiny frame.  Seeing Lights live has really deepened my appreciation of her music, and her vocal talents. It was clear that this girl has a tight control over her voice, as she effortlessly switched from a light, airy tone to a clear and full one, and belted high notes so powerfully her voice reverberated throughout the whole space.

Siberia was a great example of this because it required her to switch between the two tones in subtle ways. During the verses and usual chorus, this song is upbeat and energetic, and she uses a very breathy tone to keep the song fun and light-hearted. But before the final chorus, she suddenly slowed things down and created a moody atmosphere with tons of echo added to her vocals, and ended this section by holding onto and slowly sliding up the final note. Flawlessly, she switched into her powerful chest voice and her vocals took command of and filled up the entire park. The echo of her vocals paired with the beams of light and psychedelic backdrop shining behind her seemed to transport the show somewhere else, maybe not Siberia, but to a different galaxy in space.

Last Thing on Your Mind was also a testament to her vocal skill, and definitely worth mentioning. This song absolutely blew me away live. It’s already an inspiring, touching number, but it’s much more moving live and I couldn’t believe how perfectly she was belting those high notes throughout the whole final chorus of the song, holding onto the clearest tone quality I’ve ever heard.

She then took it down a notch to the ballad-like, progressive song Portal, which made a huge impact live. Starting off quiet and slow, the song subtly built to a short peak before quieting back down to the verse, then building again with more belted high notes, a constant drone in the bass, and march-like drums that added even more power to the music. Keeping in tune with the ballads, Lights took a break from the theatrics and stripped Saviour down to a basic acoustic version featuring just her vocals and a few piano chords to prove that simple can sometimes be more effective. My only critique is that the verses in Saviour could’ve been better annunciated, but this was a small detail that didn’t even matter once she busted out a sustained high note during the last chorus of the song that was so amazing, the crowd instantly stopped singing along and cheered her on.

These are just a few highlights from a very long and practically perfect performance from Lights. Her set was full of surprises, wonderful vocal capabilities, commanding stage presence, and had the crowd up on their feet dancing the entire time. Her closing numbers, Up We Go and Banner were no exception. Lights is definitely one worth checking out, and I hope I get the chance to see her perform again soon. 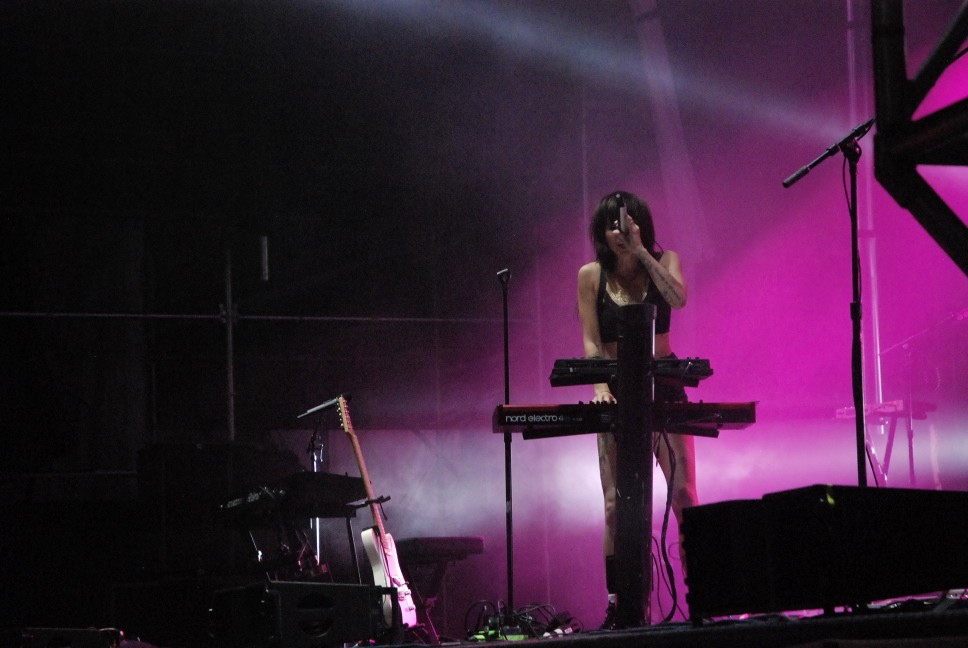 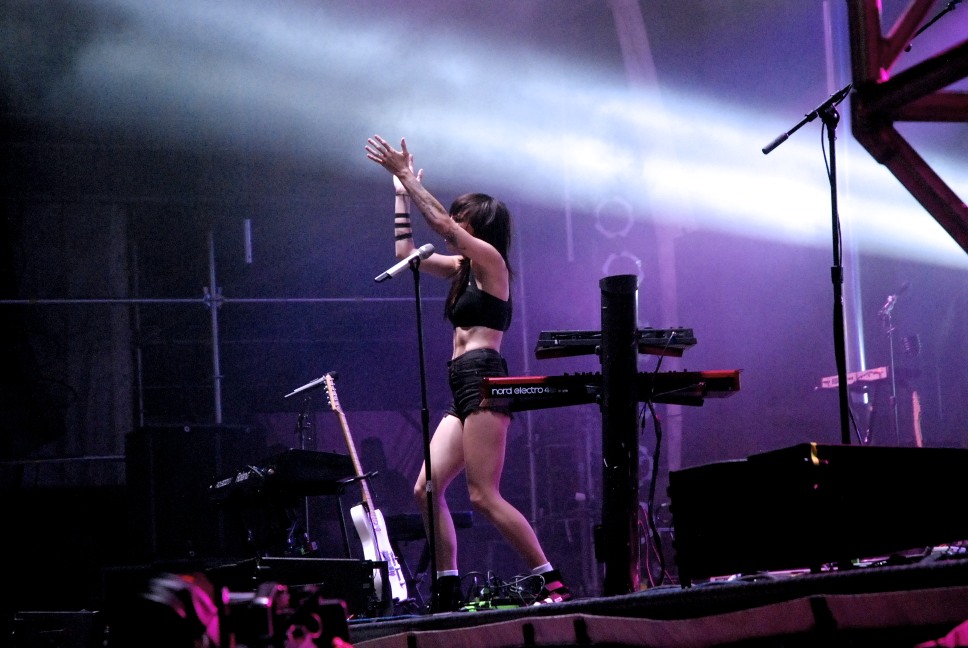 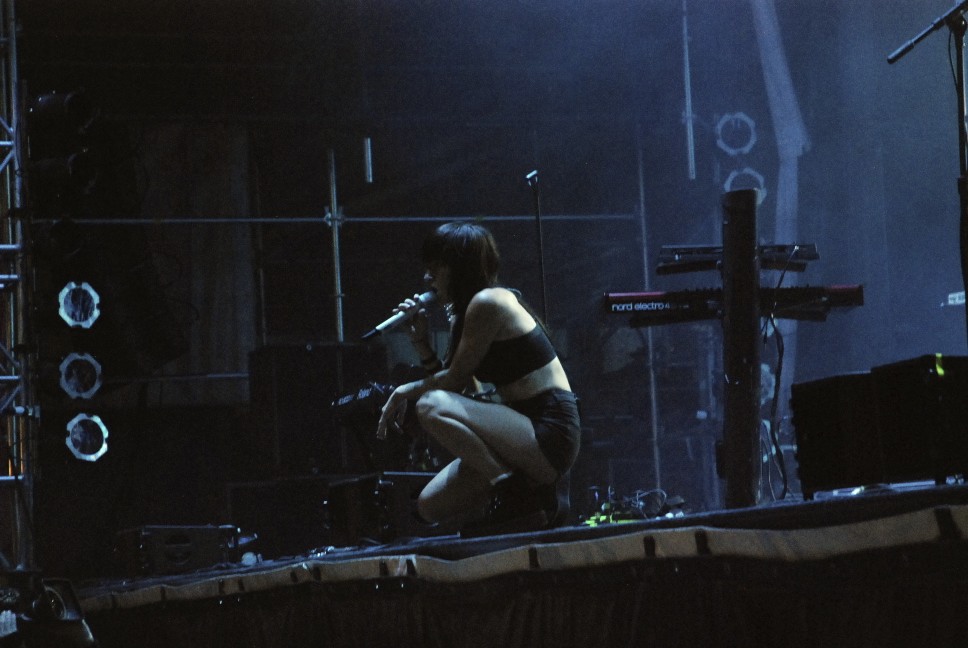