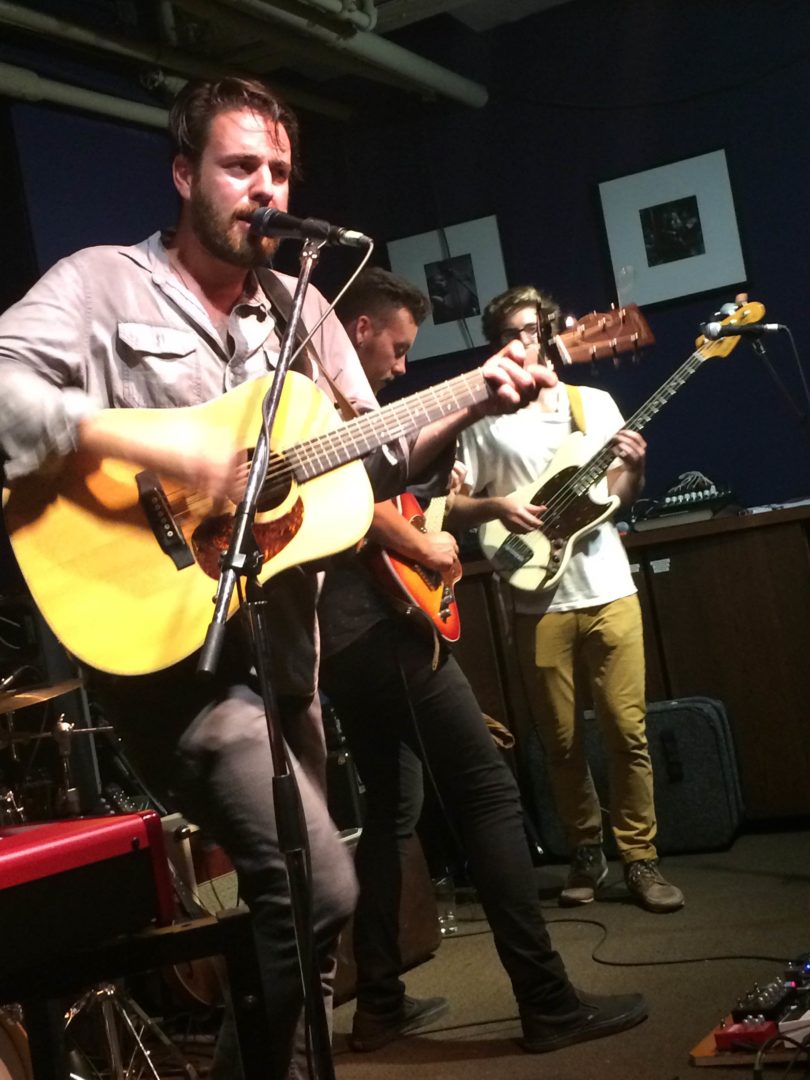 Artist- Greg Drummond
When- July 17th 2015
Where- Wine Oh’s, Calgary
Walking into Wine Oh’s, my first thought was this place is an amazing little Calgary secret. It was very elegant but not so much so that someone like me feels out of place. One you get past the “sketchy” stairs, you feel right at home. It was July 17th and we were fortunate to be there to enjoy tunes off of Greg Drummond’s album “Drive”. I had already reviewed the album prior so I was very excited to see the songs come to life in real time.
The show got started with a young band from Edmonton called Roy Davidson Orchestra. With a name like that you are expecting some seriously old school classical sounding jams. They got on stage and looked to be barely eighteen, I thought well this can’t be right, But then they started to play. It wasn’t anything I was expecting, it was rock/punk and totally catchy and fun. They definitely got the energy running through the place. 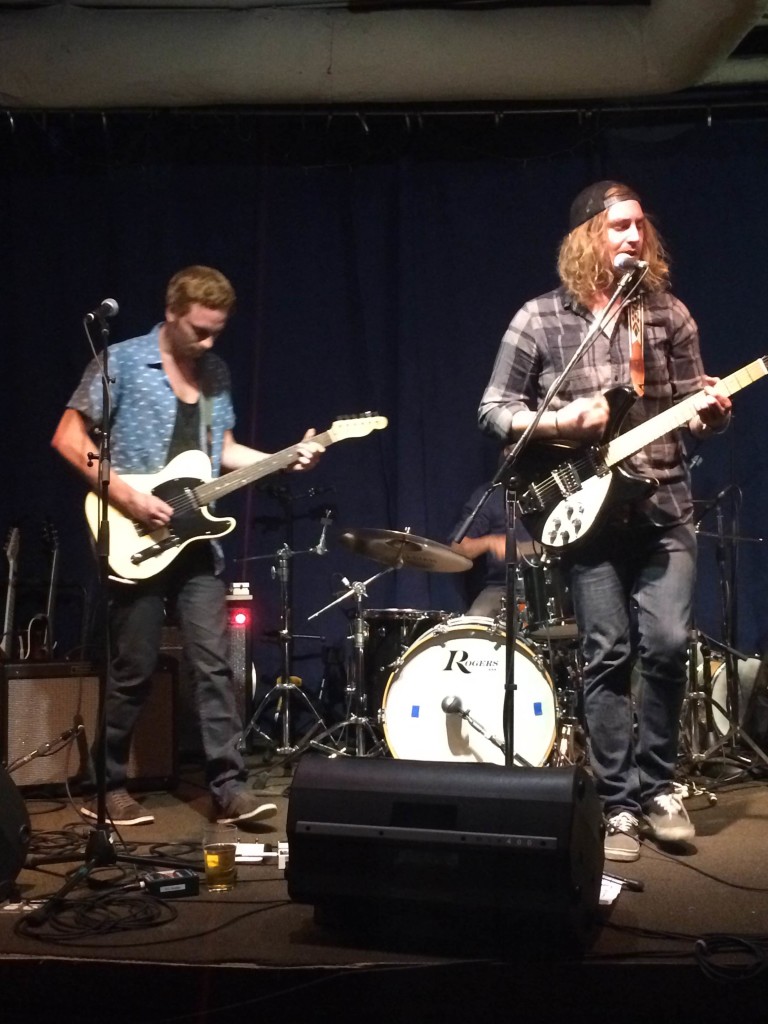 Before Greg hit the stage we had the chance to chat with him for a few minutes. He is a very sweet and down to earth guy. He told us about how he had been having so much fun on this tour but was excited to get home to his bed in a couple short days. And also how the air conditioning was broken in the van which had made for some uncomfortable hours on the road.

Then came the time for him to take the stage. Now I’ll tell you that although he expressed feeling exhausted it was not at all evident while he was in that moment of performing. They went through numerous songs over two separate sets. Most of which were songs from Drive. Watching Greg onstage I thought he had the stage presence that I’d imagine Johnny Cash having, raw, full of energy, simple and all about the music. Maybe it was the hair or the way he played the guitar, but the Cash vibe was there. The show was nothing short of amazing, even prompting one audience member to buy not one copy of Drive but Ten! And then handing them out to others in the crowd. Greg was appreciative and joked that the money would help fix the broken air conditioner in the van. Greg Drummond closed the show by getting up close and personal with everyone on the dance floor and then hopping up on a bar stool playing guitar nearly getting a new haircut by a ceiling fan. The crowd loved it and cheered vigorously as he took a final bow. 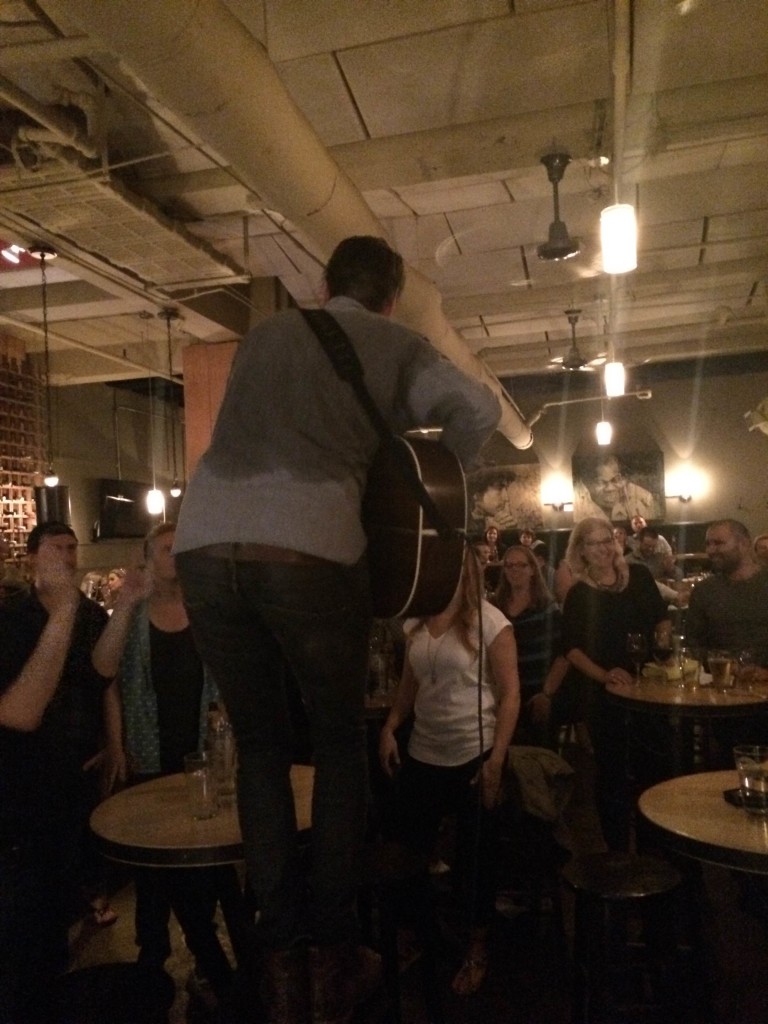 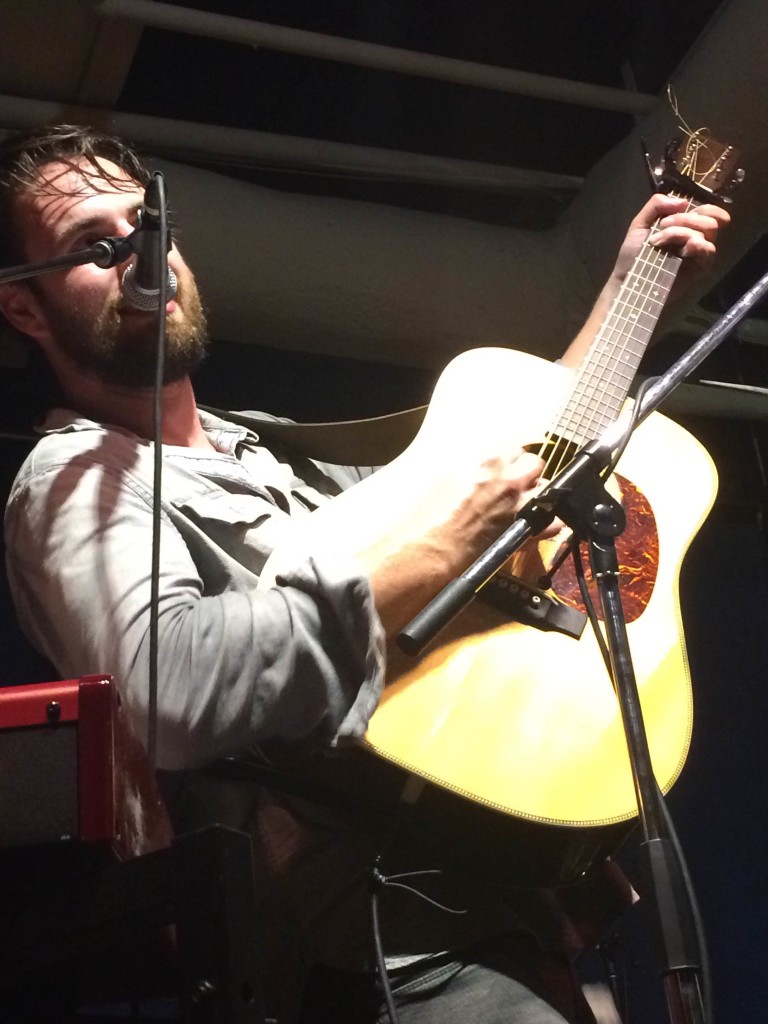 After the excitement Greg mingled around a bit with his fans, making sure he stopped to thank us for coming and explained he was going to rest as he was just exhausted. We found out later they actually had to call an ambulance because Greg’s symptoms escalated and he was diagnosed with exhaustion and forced to cancel the last show in Fernie. So make sure you send Greg your well wishes and get to a show next time they hit the road in the fall because this man is so incredible on stage that his own self can’t even handle it!
See our review of Drive: https://canadianbeats.ca/2015/06/14/pre-release-review-greg-drummond/
Interview: https://canadianbeats.ca/2015/06/04/interview-greg-drummond/
Connect with Greg Drummond:
Facebook: https://www.facebook.com/gregdrummondmusic
Twitter: https://twitter.com/GDrummondMusic