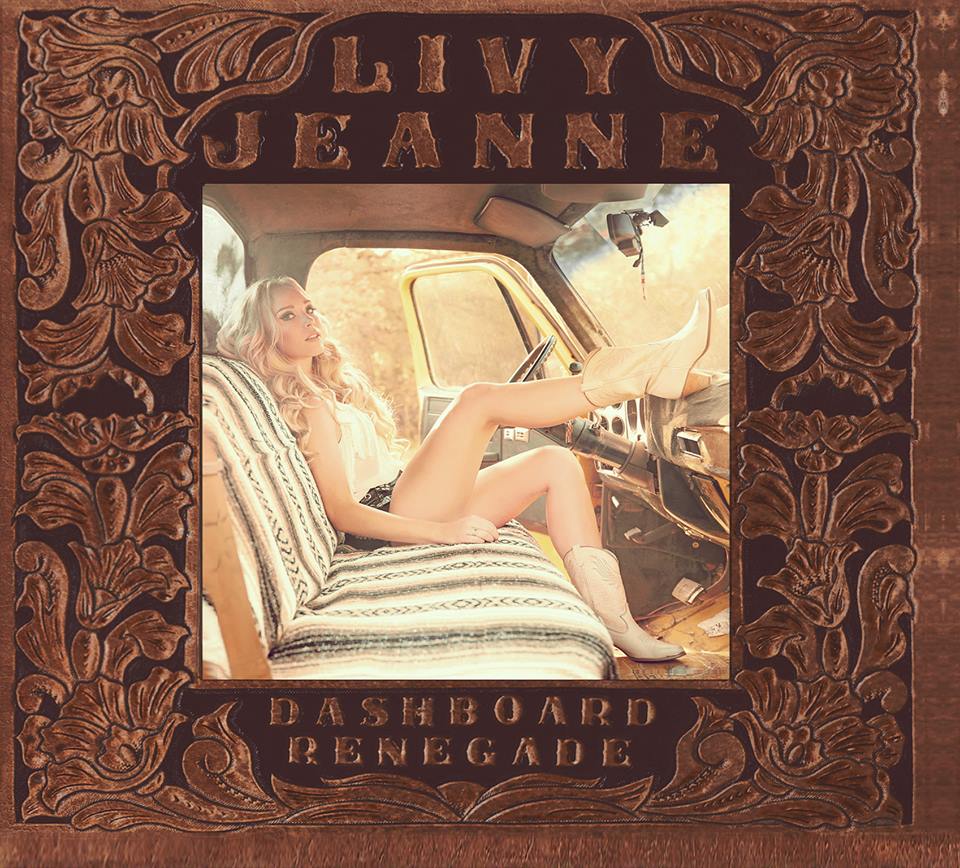 Edmonton, AB country/pop artist, Livy Jeanne has released her album, “Dashboard Renegade” and it’s full of outstanding songs, starting strong with “All Kinds Of Crazy” which is the first single from the album, and I can see why. This is the perfect song to be on all of your summer playlists, and I’m sure many of you already have it on there! I know I do!

I could quickly see why Livy was nominated for Fan Choice & Female Singer of the Year at the 2015 Edmonton Music Awards, she is definitely talented and on the way up. I was immediately hooked on the fourth song, “I Got Your Number” which has an addictive beat, along with her flawless vocals which makes this the perfect song to sing along with and have a ton of fun doing so. The sixth song, “Gone Baby Gone” follows suit and will have you up on your feet and belting out the lyrics along with Livy.

With albums as great as this one, it’s hard to choose favourites because each song pulls you in for a different reason. I have mentioned many of the upbeat tracks, but have no fear there are some slow songs as well, “Fake It Past Goodbye” and “Dirt Cheap” are the two that stood out to me, both songs that show emotion in the vocals, and tell a story, which Livy does expertly.

Any fans of country and/or pop music should head to iTunes right away and grab this album because each song has the potential to be a hit, and you don’t want to miss out on this!

See our Q&A with Livy Jeanne from the Countdown to Cavendish Beach Fest: https://canadianbeats.ca/2015/07/03/countdown-to-cavendish-beach-festival-q-a-with-livy-jeanne/