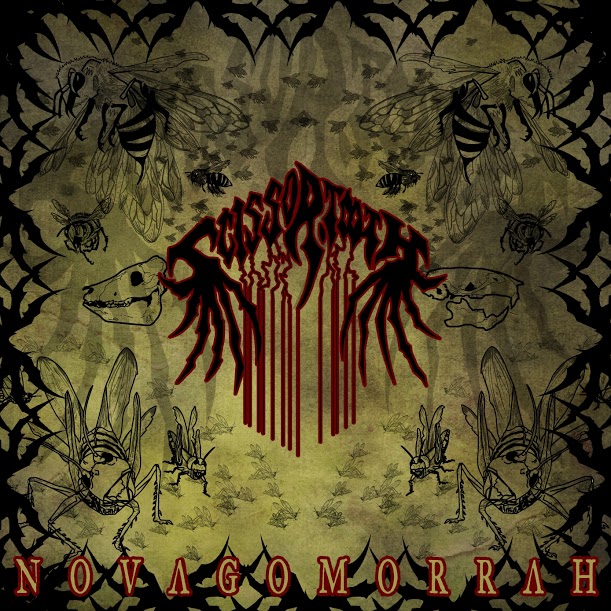 Vancouver thrashers Scissortooth, blaze up from the beach on the high speed, fuel injected wings of Novagomorrah, their new EP, which sounds a whole lot like these gentleman have discovered time travel. This is the bands first release since 2006 and goddamn it’s a doozy. I won’t spoil it for you but if you are into thrash metal you should probably have this album in your collection!!

Erupting in a very Static X sounding intro, the album quickly descends into a heated, thrashy fervor. Fasted paced triplets, driving rhythms and expansive vocal wails create an atmosphere immediately reminiscent of the thrash metal glory days of olde.  I had to listen to the album a couple of times to fully understand and appreciate the complexity in it’s simplicity.

Overall it’s a great album and I am personally excited for people to hear it, I think fans of thrash new and old, especially in Vancouver, will be incredibly stoked that such a killer act is coming out of the great white north.