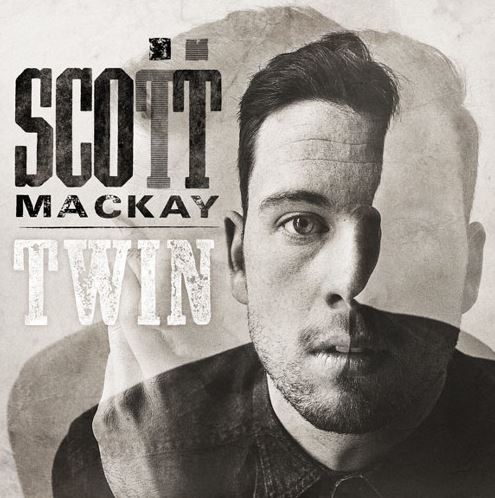 Prince Edward Island born, Calgary based folk artist, Scott MacKay has released his new album, “Twin”. The album has been recorded, mixed & produced at Rebeltone Ranch by BC’s Leeroy Stagger, and the album is appropriately titled “Twin” considering that Scott’s twin, Ben MacKay is also on this album, and will be touring across Canada with Scott in promotion for the album.

The album features eleven tracks, which blend folk, country & soul flawlessly. Something that had me pulled in immediately was the all-male harmonies on this album, Scott & Ben’s voices meld together perfectly, and both have strong vocals that pull you in.

The fourth track, “Silver Curls & Crooked Bones” literally gave me chills. The vocals are haunting, yet inviting. This song evokes emotion and of course makes you think of getting older, and the trials and tribulations that come along with that. I listened to this song over and over, and the goosebumps remained the whole time.

The other song that stood out to me was the sixth song, “If I Could Build A Woman”, which actually has a video to go along with it, you can see it HERE! https://www.youtube.com/watch?v=Kii2rk0BbaA This track is one that I was singing along with right away, and had stuck in my head.

I thoroughly enjoyed the whole album, it’s a very classic folk/ country sound that I find appealing, and I can see that a live show would be a very intimate experience, so if you’re in the area of any of Scott’s upcoming shows, be sure to stop by: