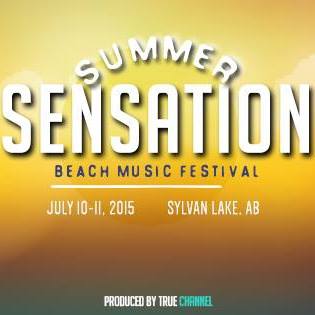 Rolling into Sylvan Lake it was pretty evident that we were in for a sensational weekend. It was July 10th and the sun and the water were setting the tone for what was about to be a perfect summer party. This marks the first year of Sylvan Lake’s Summer Sensation Beach Festival, with such a star-studded lineup you can only hope this was the first of many. Each day of the two day event had five bands set to play closing with big name headliners Our Lady Peace and Hedley.

Bend Sinister, an indie rock band originally from Kelowna started out Day one with an array of different instruments and funky tunes. Next up was Calgary-based band The Dudes, They seemed to have a very dedicated, familiar to them, following right up front. The band often interacted with them while rocking the stage with ease.

When Stars hit the stage the crowd jumped to their feet ready to get the party started. They couldn’t have ended their set without giving a huge shout out to Our Lady Peace for lending them their keyboards as they had left theirs in Calgary by mistake. Despite the mishap Stars put on an energetic show drawing in fans of all ages. 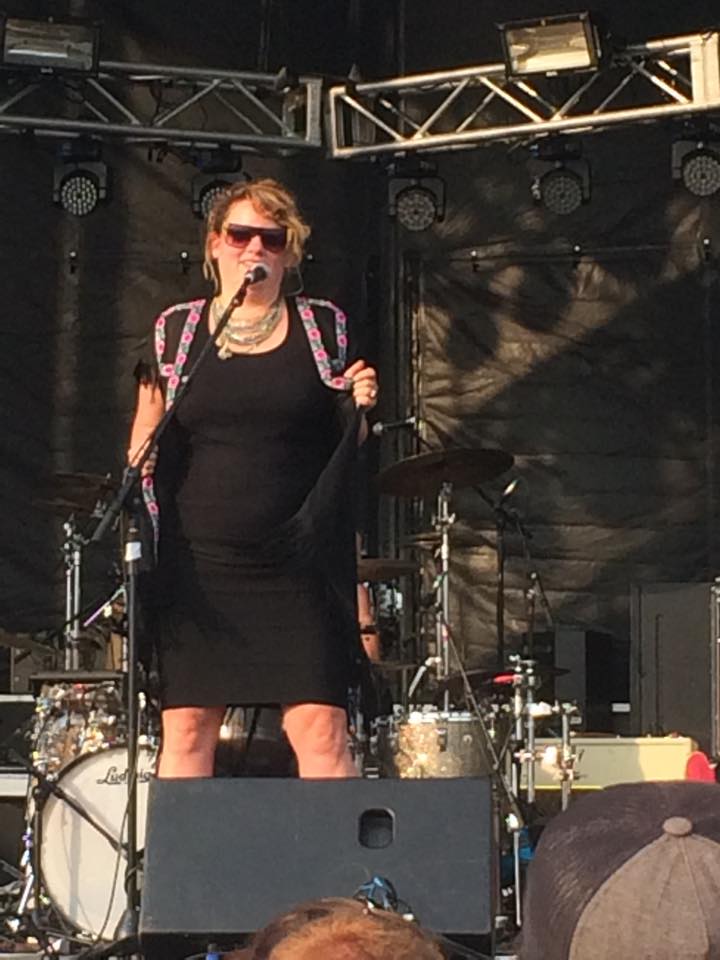 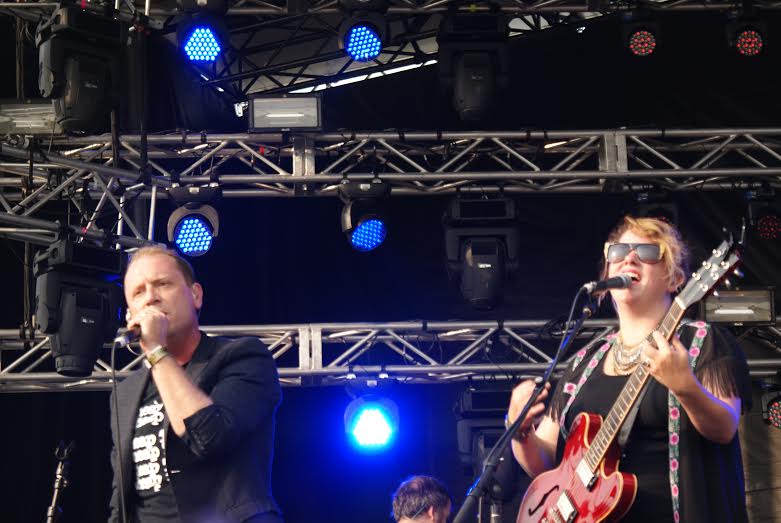 Matthew Good was definitely a crowd favorite, engaging the hundreds of festival goers with his huge hits “Weapon” and “Load Me Up”. Not having played in over a year and confessing to only rehearsing the night before for an hour, they undeniably proved they can still steal the show. 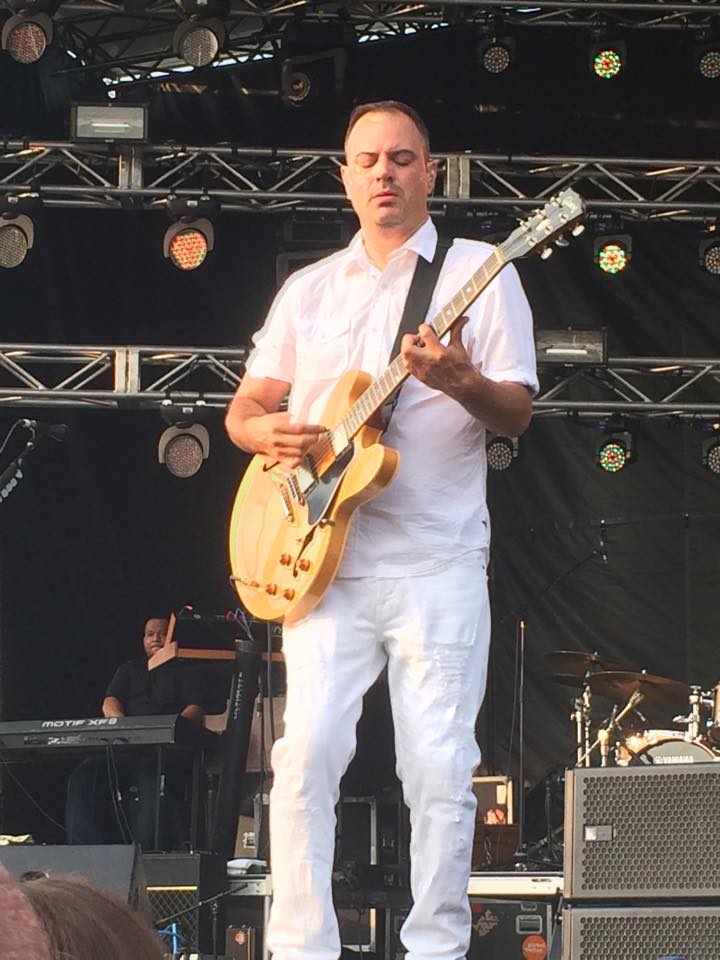 With everyone amped up Our Lady Peace stormed the stage as the headliners of day one. They put on an incredible show, easily becoming one of the best bands I’ve ever seen live. Performing smash hits like “Clumsy” “Innocent” and “4am” Raine immediately captivated the audience, so much so, that at some points they completely drowned him out singing his lyrics. Fans sang “4am” in it’s entirety before he could even belt out a single note. It was in this moment that I realized what makes music so incredible, everyone was present in that moment and nothing else mattered. With the encore in full swing, Raine Maida respectfully cut the last song short after witnessing an accident between a guard and a fan. Raine promptly requested medics and asked they receive the space they needed. When medics arrived Raine apologized and expressed his gratitude for the support of the show ending abruptly, also sending well wishes to the two injured men. After such an eventful day one it’s hard to believe the best was yet to come. 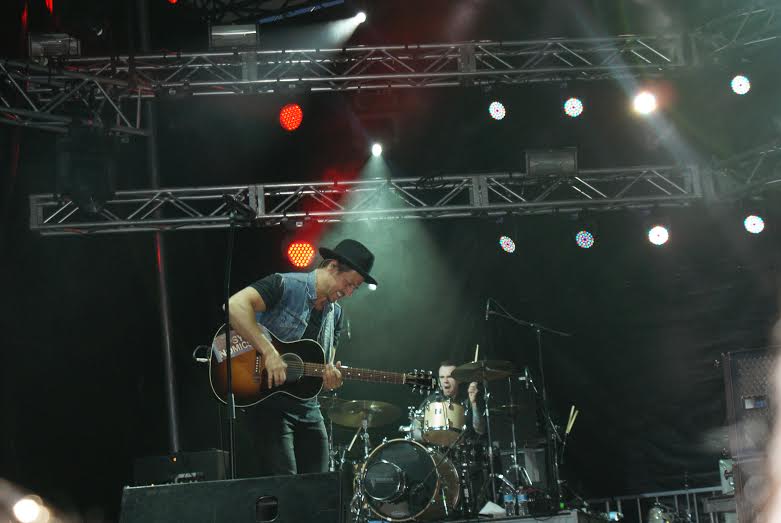 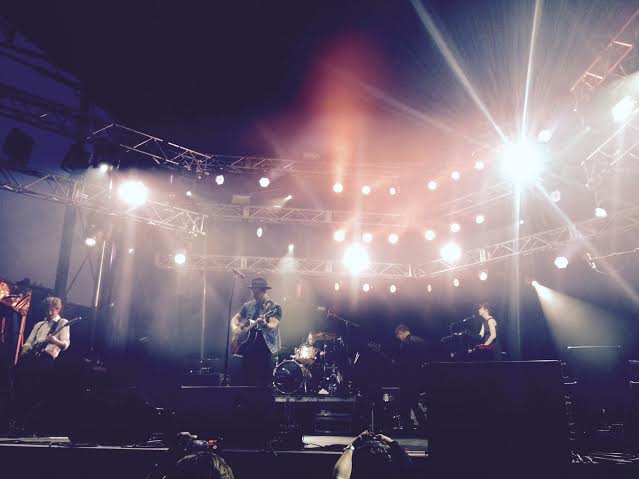 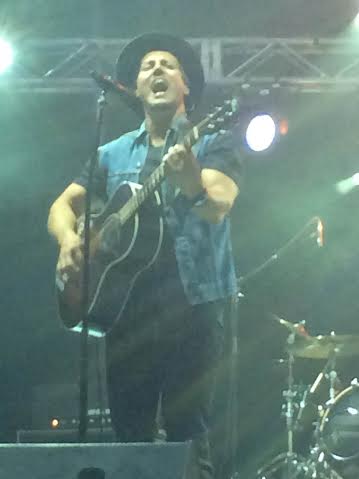 Day two started out with much excitement as we caught Hedley’s soundcheck before the gates opened. We were lucky enough to be invited to spend the day with the guys catching all the behind the scenes action. The afternoon started with a few drinks and a friendly game of soccer. It wasn’t long before we decided to beat the heat with a refreshing dip in the lake with none other than Jacob Hoggard and members of Dear Rouge, Made Them Lions and Dragonette. Jake and Tom from Hedley were always gracious when fans approached them for conversation and pictures. 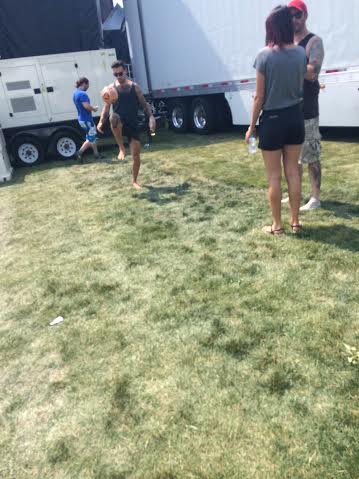 Made Them Lions were first to take the stage attracting not only fans but other artists alike. It was the perfect start today two. 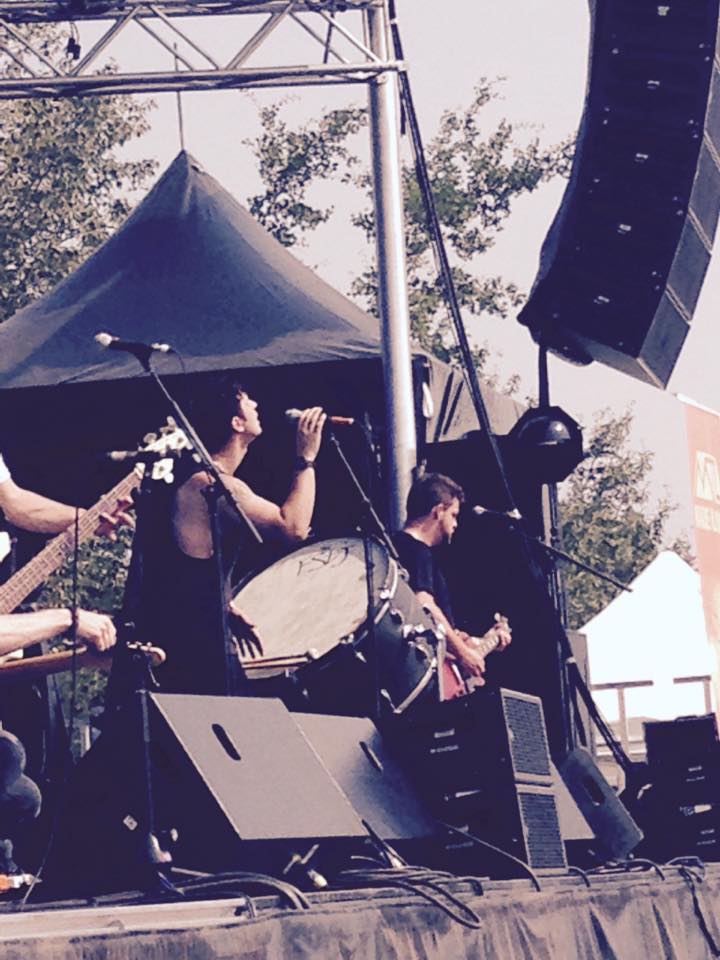 Next up was a five piece rock and roll band from Edmonton The Wet Secrets. They were definitely a sight to see with their creative outfits and platform boots. The crowd was intrigued by the catchy tunes and rock-and-roll sound. Dear Rouge kept the party going with their electronic vibes and energetic stage presence. The only thing more powerful than Danielle McTaggarts flawless vocals was her down-to-earth personality. Dragonette was quick to steal the show with her hits like “Outlines” and “Let it go” The crowd enjoyed the upbeat tunes dancing and singing the afternoon away.

The festival came to a close with a mesmerizing performance by Hedley. With a side stage view, thanks to the guys, we were able to experience not only the energy from the band but the outpour of dedication from the fans. Jake Hoggard insured no one forgot his recent birthday when he insisted all pockets be emptied and hurled on stage as gifts. One lucky fan’s dreams came true when she was invited on stage for a personal serenade of the smash hit “Perfect” and cover of Rihanna’s “Stay”. Hedley closed the show with their song “Sweater Song” which fans quickly took over reciting word for word, the last verse as the guys took their final bow. 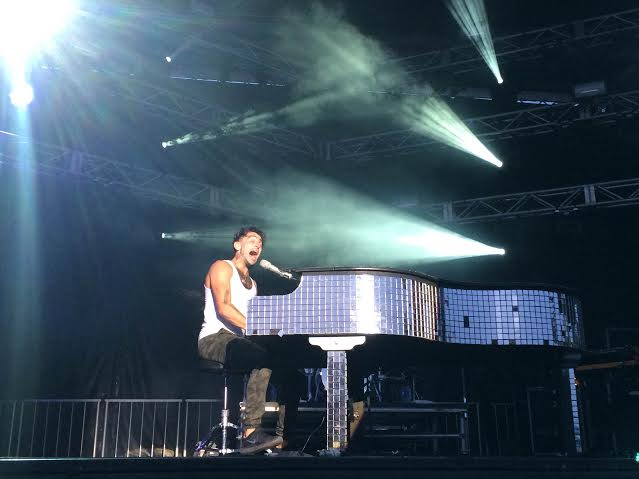 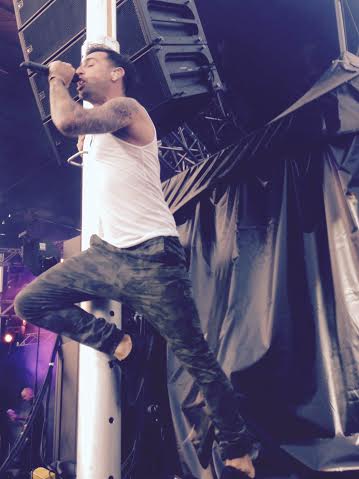 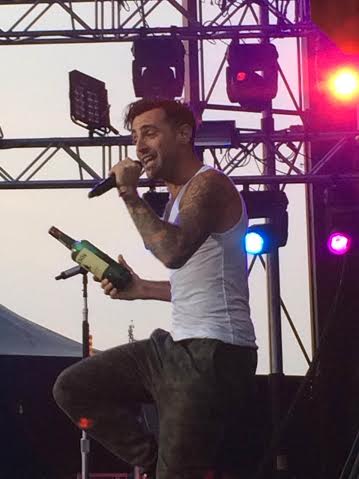 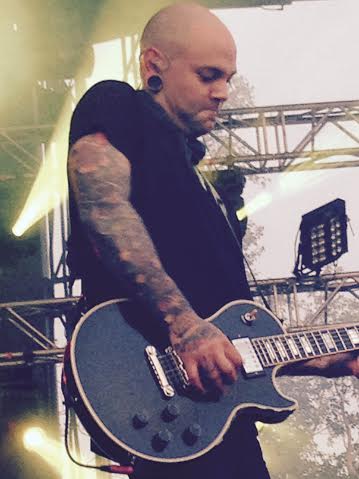 Sylvan Lake’s Summer Sensation Beach Festival was a huge success! I can say I will absolutely attend every year possible! Thank you to all of our new friends: Quan Diep, Made Them Lions, Dear Rouge, Dragonette and especially Hedley for their kindness and hospitality. It was definitely a weekend for the books! 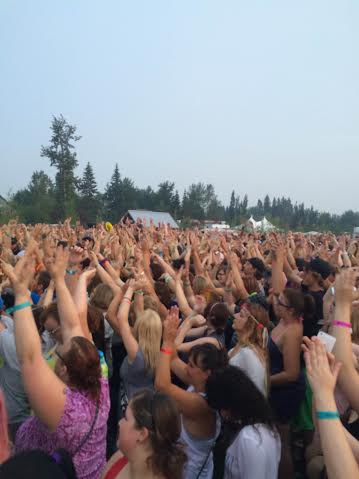