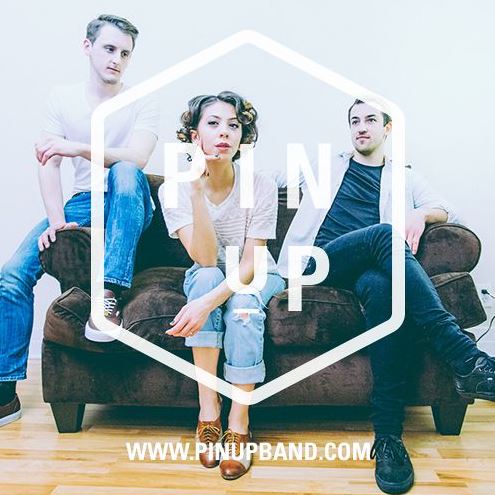 From the lovely city of Montreal, Quebec a Pop/Rock band called Pin Up was born! Pin Up consists of three members, Sam Martel – Vocals, Collin Steinz – Bass/Guitar, and Phil Thibault – Drums. Pin Up has worked hard with lots of determination to get from playing in basements, garages and even kitchens to now releasing their first self titled EP.

Pin UP is releasing their EP on July 24th, 2015. It features five full length tracks that all showcase their talent and love for music. Pin Up have already released three of the songs on the EP on their music page for fans to stream. After listening to the EP a few times I was able to pick out the top two songs that I enjoyed more. The first song is the first track on the EP called ‘Wake Me Up’ and the second is called ‘Wedding Song’ which is the fourth track. Both tracks have a catchy chorus and upbeat melodies. The whole EP was enjoyable and could be dance to. I recommend this EP go on everyone’s summer playlist!