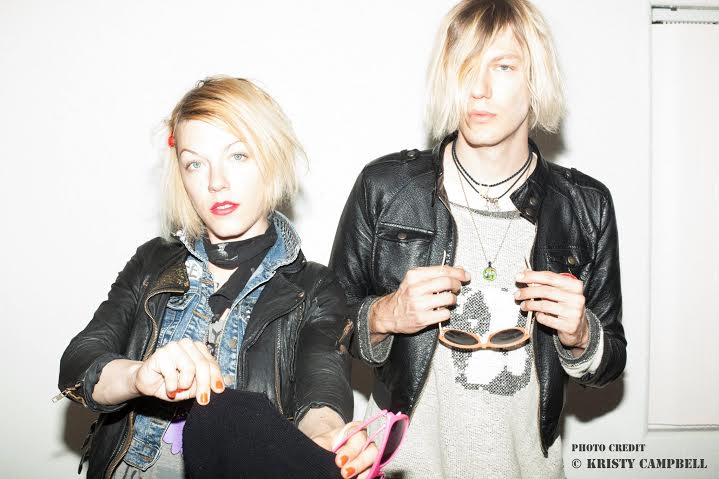 The Castagne’s are a Montreal, QC based band made up of siblings, Marj Castagne & Phil Castagne.The band released their new LP, “#firstOne” recently and also a new music video for “First One”. I had the chance to ask The Castagne’s a series of questions about their background, their new music and much more!

How long have you been playing music?

Since forever but with our respective instrument 15 years.

When did you form the band?

What is it like playing in a band with siblings?

It’s really cool & easy too! Everything goes faster in terms of decisions !

You recorded your LP, “#first One” in California, how was that experience?

We both have different ways to write and we’re trying, I guess to reinvent ourselves every time.

You played many venues in California while you were there as well, how does that experience differ from playing in Canada?

It’s different in every way possible but differences are what makes life great!!!

You have released your LP to the indie/college radio world, how has the response been?

Very good! It’s been picked up a little bit everywhere across the world.

You shot your music video for your single, “First One” in California with award winning photographer Jeff Frost, what was the highlight of the video shoot?

Every part of the experience was magical, thanks to everyone who participated.

Is there anyone that you would like to work with in the future?

How has the fan response been towards the video?

Can fans expect any Canadian dates this summer?

What’s next for The Castagne’s?

It was the teenage mutant ninja turtle the ‘’coming out of our shells ‘’tour.

If you were to put together a festival lineup, which other Canadian bands/ artists would you want to share the stage with?