When: Tuesday, July 14, 2015
Venue: Nathan Phillips Square
Where: Toronto, ON

Joel Plaskett and the Emergency played for Panamania causing East Coast vibes in the city along with smiles on everyone’s faces. Being awhile since I last saw Plaskett play in Halifax, it was such a pleasure to see him in my hometown. He has such a modest and genuine stage presence—something you don’t always see with successful performers these days.

For a few songs the band left Plaskett to play solo with just his guitar, creating an intimate relationship with the audience. He has great rapport with the crowd- telling stories about his songs and their meanings. For “Island girls and Harbord boys” he talked about writing the song in Dublin with PEI in mind. He also talked about his dad playing in a band in Nova Scotia called Starboard Side, and the influence this had on his own musical career. 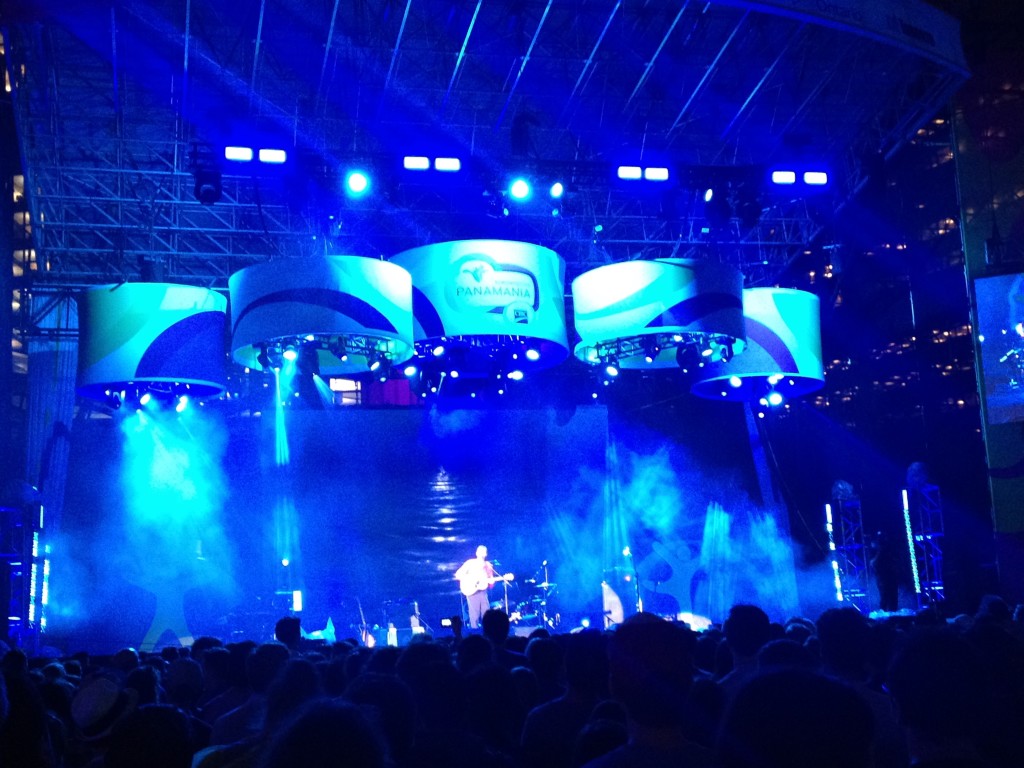 The crowd went wild when the Emergency joined him again to pick things up a bit for “Rollin’ Rollin’ Rollin’”. They also played a song that was very reminiscent of Arlo Guthrie’s “Alice’s Restaurant”, having an anecdote in the middle about a motor home on the West Coast and a movie with John Canning. Plaskett is quite the enchanting storyteller, continually forming a personal connection to his audience.

At the end of the performance Plaskett got down on his knees and got the crowd to join in for a sing along. It was a special concert that left the audience wanting more, which we got! The band came back on for an encore to play one of my favourites, “Extraordinary” – something that hasn’t been happening for any of the Panamania performances. Changing the lyrics from the leaves in his backyard to fireworks was very appropriate just minutes before the ending fireworks of the evening.