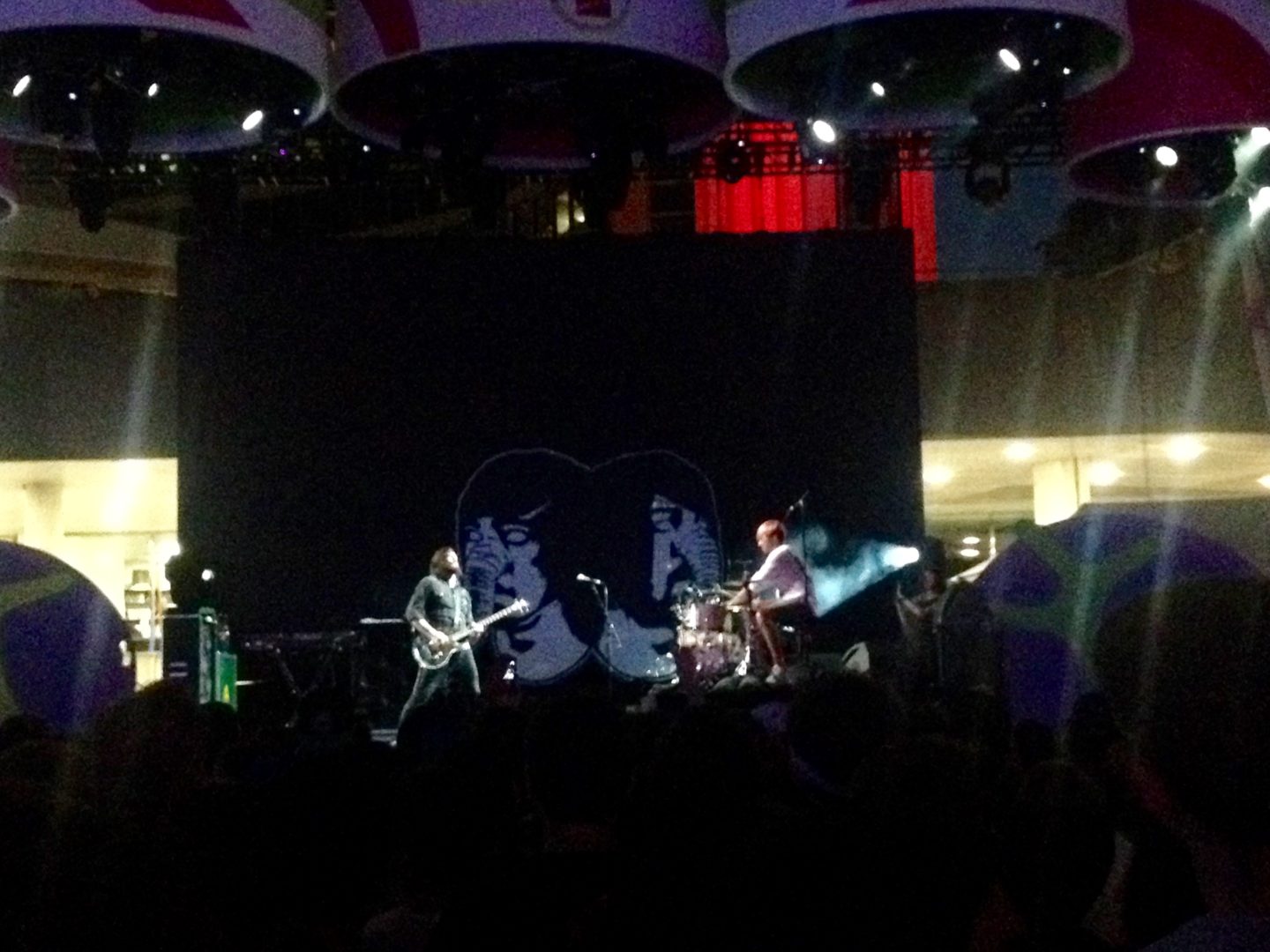 Toronto is a city known for many things—the CN Tower, TIFF, Rob Ford, and Drake. But to me, the greatest thing to have come out of The Big Smoke is rock duo Death from Above 1979.

Being my favourite band since 13 years old, when I saw they were playing for the Pan Am Games there was nowhere else I would rather be on a Sunday night. DFA performed as a part of Panamania after fellow Toronto natives BadBadNotGood.

This is the first performance I have seen since the release of their second album “The Physical World”. Released ten years after the debut album “You’re a Woman, I’m a Machine”, the sophomore album was highly anticipated by the band’s large fan base. The reunion post hiatus has been cleverly named “the resurrection” or “life after death from above”. For me, the resurrection began right where DFA left off, and the band is better than ever.

Although they have been a part of several side projects and other musical endeavours over the past 10 years, Death from Above is, in my opinion, where Jesse and Sebastian’s true passion lies. It is so apparent when they are on stage together. Chemistry like that cannot be fabricated—they are the real deal.

Death from Above will be touring across the States throughout the rest of the summer. Next up for me is heading to Sneaky Dees to try their featured Death from Above nachos.