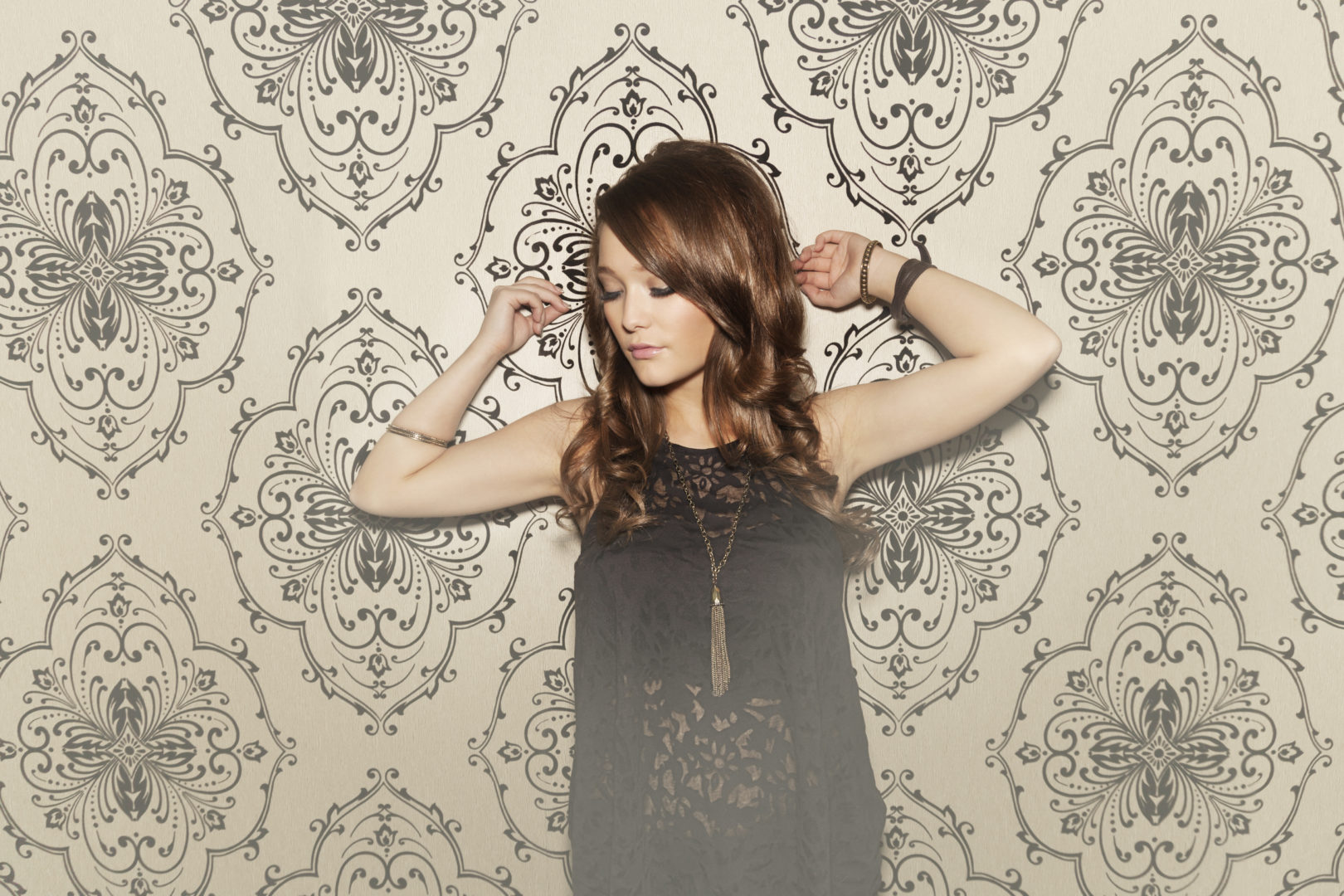 Kira Isabella is a young and vibrant Canadian country music sensation. With hits like “Shake It If You Got It” and “Quarterback” under her belt the Ottawa born singer is sure leaving her stamp. Kira is set to play summer festivals this summer before heading back into the studio but she took the time to chat with us via telephone about life and music and here’s what she had to say.

I don’t know that I ever really made the conscious decision, I just started singing at a really young age doing singing lessons and then it basically just took off from there. Started singing at old age homes so I think it all just kind of snowballed and I realized oh my gosh I could do this and make money from it.

So tell me about your writing process, where do you get most of your inspiration?

I really draw inspiration from everything. I read a lot of books and pretty much always have a pen or a highlighter or something and if I read something in a book that I really like, some phrasing, some sentence, I’ll highlight it and go through. I love poetry, I write a lot of poetry as well. That was really my earliest form of really writing. And then I realized I could take parts of these poems I’m writing and turn them into songs. So really from everything, movies, little lines I hear in other songs, anything. That’s the beauty of song writing, you can pretty much be inspired by anything.

Absolutely incredible! Jason Phelps was one of the first writers that I ever started working with. I would go to his house in Atlanta with his lovely wife and two daughters and hang out with them. They treat me like family. He really taught me like I said that you can truly draw inspiration from anything and write a song about anything. Writing with him is definitely one of my favourites. Deric Ruttan I mean what else do you say about him. “Mine would be you” that he wrote with Blake Shelton is one of my favourite songs. I truly admire him. He such a down to earth just really good Canadian guy. He is fun to work with for sure. And Chris Dubois, it was Deric, Chris and I in the room that was the first chance I got to meet Chris. But like I said big fan of his work too, so to sit down with both of them was a bit intimidating at first and then it was just fun because they are both so easy to work with.

You have toured with some pretty big female names like Carrie Underwood and Terrj Clark, what is it that you learned most from those artists?

I think I’d have to say, other than just pure stage presence and just sounding incredible on stage and having a good sound. I think Terri Clark and Carrie Underwood are both really really nice people and just treating every one the same and with kindness and acknowledging everyone is truly a really awesome thing that you can do when you are in a position like that. So definitely just the way they treat people and stage presence they’re amazing!

You’ve already accomplished so much including two CCMA Awards and a Juno, what are you most proud of so far?

Of course the CCMA Award and the Juno, you know anything Canadian related is incredibly important to me. I grew up watching the Junos and went to see them whenever they were in my area so to be nominated for a Juno is such an honour. And as a country fan all I really ever wanted was to be accepted and welcomed into the Canadian country music family. So to say that I have two CCMA Awards is something that I’m really proud of. And also the CMAO are really important to be as well because that’s my home province and I feel very honoured when they remember me.

You are playing a few summer festivals this summer including Boots and Hearts again and the Calgary Stampede, what are you looking forward to most while playing these types of shows?

Just getting out and seeing people. That’s my favourite thing about performing, getting the see people and seeing people make a connection to my music. So it’s really exciting that I get to go out and play all these crowds. There’s nothing like a crowd of people singing your song that you wrote back to you.

The video for “Shake it if you got it” was just released this Feb, what were the highlights of filming that for you?

I got to have a couple of friends there, and everyone that knows me knows that I’m very close with my band, we are really good friends so it’s always fun to have them around while shooting.

What advice would you give someone wanting to make a career out of music?

I would probably say, like I said I started singing at a very young age. I first got on the stage when I was 7 years old, I’m 21 now and I think in the past two years is when being on stage, performing and connecting with an audience really clicked for me. So I just tell everyone get on the stage as early as you can and as often as you can. Get comfortable up there on your stage legs. Figure out what your thing is, exactly what you want to do. And just practice, practice! 10,000 hours pretty much!

Quarterback is such a powerful song, what made you want to record a song that is written about such a taboo issue?

I get the chance to travel across Canada and the states and meet so many young people The shake it to her was incredible I got to play a lot of bars And a lot of young people come out and it’s so unfortunate that it’s an issue that so many young people can relate to that’s just how that is today I guess. Me and my team realize that this is important subject matter that needed to be covered now and I’m glad we did it we have people come up to us all the time say thank you for recording that it just sheds light on like you said what is taboo but it helps kinda get it out there and makes talking about it a little less taboo.

Tell me what it’s like being a young Canadian recording artist working in Nashville.

It’s amazing there’s such a great community down there. My roomie was another Canadian artist McKenzie Porter Is another amazing Canadian artist. Brett Kissel was right upstairs. Like I said earlier Deric Ruttan is out there. Tons of Canadians down there in Nashville and it’s just a really great community to be in so it’s really nice. I’m very proud and honored to be a part of it.

What do you think sets you apart from other Canadian female artists out there?

I like to say that I’m so incredibly excited about the future of Canadian country music for females because all of us have something different to offer. The demographic that we get to perform in front of is really amazing and there’s room for all of us and we all have our own thing.

You’ve toured pretty extensively in the last few years what is your favourite story from the road?

Like I said making a connection with the audience is really really important to me, and sometimes when I would do quarterback there would be certain areas where you could literally hear a pin drop and every mouth in the audience would be moving to the words. Anytime that happens is just electrifying and it’s just really really special so anytime that we are all singing together and having a good time.

We covered the summer touring that you’re doing, but other than that what’s next for you?

Here at Canadian Beats we like to include a just for fun portion to help your fans get to know you better, so here we go..

If you could do a duet with any Canadian group or artist who would it be and why?

Like I said I really love the females of country music. McKenzie Porter is a really good friend of mine and we’ve always talked about doing like a Dixie chicks cover. I play the guitar she plays the fiddle kind of thing. Brett Kissel so like I said also a good friend of mine I love his music. There’s so many Canadian artist that I’d love to work with.

I love cheese I think every girl loves cheese but that’s definitely the first thing that comes to mind.

People with pet peeves. No I’m just kidding (laughs). I don’t know I’m kind of a stickler for like grammar.

If you could play a show anywhere in the world where would it be and why?

The Grand Ol Opry definitely. I’ve never actually had a chance to go there and Id love to touch that stage! I’d be honoured.

Music is an obvious talent for you but do you have any unusual talents?

Actually always joke saying that I’m not good at anything besides music so I have to do this (laughs) I can rap that sometimes surprises people I love to rap. I rap in my set, I do a bit of Macklemore. That’s a little bit of a shocker for people sometimes (laughs)

And last but not least anything that you would like to say to your fans?

Thank you for allowing me to do this every day and if you ever see me anywhere please feel free to come and say hi I’m a hugger I want to see you. Come and say hi, I know sometimes is Canadian’s are a little bit to nice and shy I want to give you a hug so come and say hi anytime 🙂