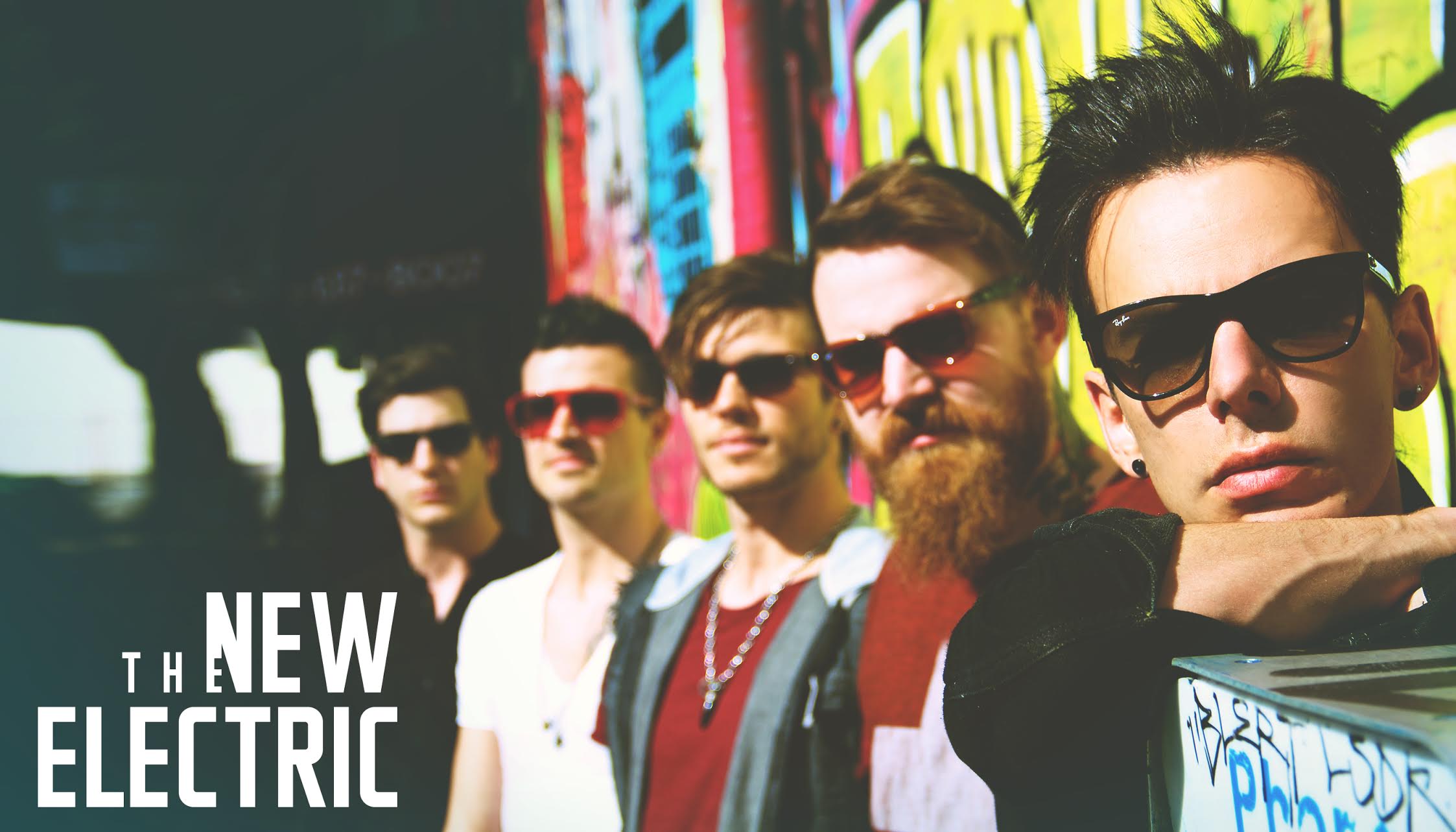 Calgary, AB based pop band, The New Electric has released their debut single, “Life’s What You Make It” to radio, and will be available on iTunes on July 14th. Everyone is excited for the release, especially The New Electric fans who have been anxiously awaiting a release. I had the chance to ask lead singer, Kyle McKearney a series of questions about the single, as well as their future projects.

You have just announced news that your release of debut single is coming, how has the fan reaction to the news been?

The fan reaction has been so great and so appreciated! For being a brand new band that has never released anything, we have some super strong, loyal, awesome, excited fans/friends!!

The single is called “Life’s What You Make It”, what can you tell us about the writing process behind this song?

Writing “Life’s What You Make It” was an easy, natural process. Brian Howes and I sat down on his patio in LA. The sun was shinning, his kids were playing in the yard. It was just one of those vibey, summer days, when you feel like you are lucky to be alive enjoying your time. We wrote the verses and pre-chorus very quickly, kind of ramping lines off, back and forth. We had the framework of the song within an hour and called it a day 😉 When we went into the studio to record the track, we realized that we didn’t have a chorus lol. Didn’t take us long to put it together because luckily, it’s always sunny and vibey in LA.

A lot of bands have been releasing lyric videos when they release new singles, will you be joining in on that new trend?

Will there be an official video released for the single?

Yes, there will definitely be a video to go with the single. Got some cool things in the works with one of Canada’s most loved music video directors! Very exciting stuff!!

Can you give us any insider information on that front?

I can’t tell you too much, Jenna! You’re going to get me in trouble!! But we are working on something really, really cool!!

Our EP is recorded 😉 We don’t have an official release date at this point. It all depends on how well this first single does and when we might be releasing our next song. What do you think Jenna, is Life’s What You Make It a hit?

Will this song give fans any indication of how the rest of your music will sound?

This song will definitely give the fans/friends a taste of who we are. As people, musicians, artists, a band, a sound. This song is one of our messages to the world. To live free, equally and really emphasize that we only have one life to live, so live it up!

Will fans be able to head to any The New Electric shows over the summer?

Ah yes! there will be touring in Sept/Oct to help push our song and to come hang with all of YOU!!! Live shows are our favourite. Can’t wait to see your faces 😉

You have posted a selection of covers on your Youtube channel, such as “Take Me To Church” by Hozier and “Sugar” by Maroon 5, can fans expect more covers to be posted?

We won’t be posting any covers, any time soon. We’ve decided to focus all our efforts on “Life’s What You Make It” We do, however, have one cover song in the bank right now that could surface in the weeks to come 😉

Do you take cover requests?

Absolutely we take cover requests! Just write them on the back of a 20$ bill and ship them to my place in Calgary! hahaha No I’m totally kidding!! We did “Take Me To Church” because one of our fans requested and voted for it. We sent him an awesome New Electric poster, signed by the whole band.

In true Canadian Beats fashion, I thought it only fitting to include a portion of “random” questions that may help your fans learn something new about you, so here goes:

My first concert was Brian Adams. Indy’s was Misfits. Daz’s was Dire Straits. Chris’s was Something obscure that I can’t pronounce. James was Dave Mathews Band.

Are you attending any festivals this summer?

I always end up at Oxford stomp in Calgary. Other than that, we’re pretty busy this summer and will be on the road radio touring. I’m sure we’ll catch a show here and there along the way… I hope ;(

I have a few tattoos. One is on my right forearm, it says Zarria. Which is my younger sisters first name ; ) I have a cancer 69 on my neck (my astrological symbol), I have my cousin Kristen’s name on my chest (She past away 2 years ago) and I have the symbol of balance from my fathers best selling fantasy novel, “The Woodcutter” on my right shoulder. Chris has a lot of tattoos, as does Indy. I think Daz has one or two and James is an untouched canvas 😉

My favourite summertime activity would have to be……….Riding my Triumph Canada motorcycle. There is honestly nothing more fun than riding in the sun 😉

If you could duet with any other Canadian band/ artist, who would you choose?

Funny you should ask this! There may or may not be a duet on our EP with a wonderful female Canadian artist. I’m gonna hold that info for now. But if I had to pick someone other than our mystery duet singer, it would be……..Hahaha Indy’s gonna laugh…..Celine Dion! I’d love to sing Beauty and the Beast with her hahahahahaha!