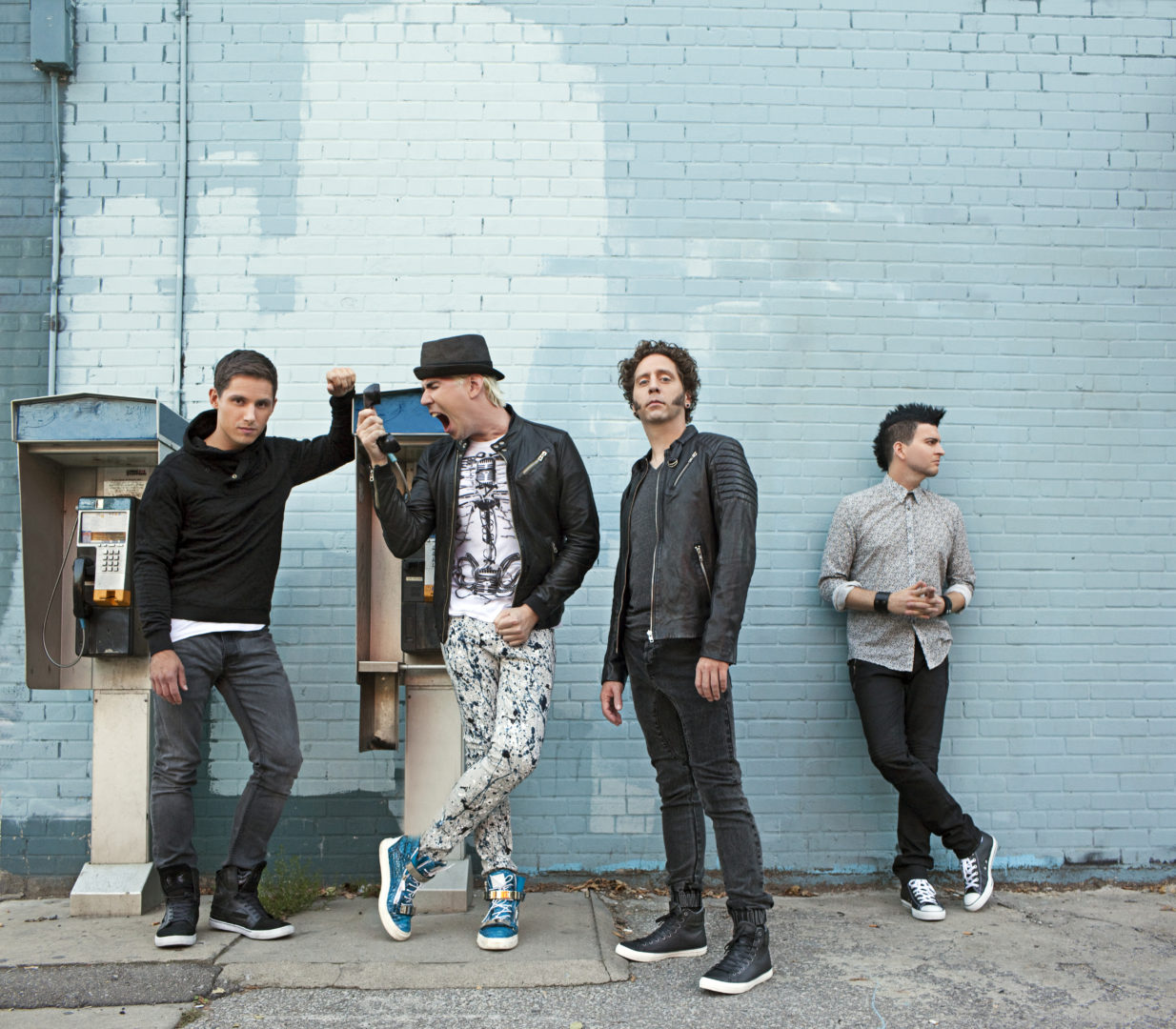 By: Amanda Hather (with help from the Canadian Beats team)

If you’ve been paying attention to the Canadian music scene the last few years, you’ve most likely come across a band called Marianas Trench. Hailing from Vancouver, British Columbia, the four piece band is made up of Josh Ramsay (vocals, guitar), Matt Webb (guitar, vocals), Mike Ayley (bass, vocals), and Ian Casselman (drums, vocals). Signed with 604 Records, the now popular pop rockers came onto the scene in 2006 with their first full length album, ‘Fix Me’. Although full of heart-string pulling worthy songs, the album and band didn’t gain much success – it was only certified gold in 2014. ‘Masterpiece Theatre’ came out early 2009 and gained more radio play, giving the band much deserved exposure with tracks such as “Cross My Heart” and “Celebrity Status”. Two years later in late 2011 they released their third studio album, ‘Ever After’. The album became certified platinum in Canada and gained international attention, allowing them to sign a contract with Cherrytree Records in the United States, as well as tour in New Zealand, Australia, Philippines, America, plus two cross country tours in Canada.

With such success on their last album, now approaching four years old, they have been hard at work for the last year or so on their next endeavour, ‘Astoria’. Said to be released later this year with the lead single coming out early this fall, the anticipation from the fans is growing stronger and stronger with each teasing Instagram post and tweet. “Pop 101” and “Here’s To The Zeros”, originally thought to be on the album, have now been confirmed to be just singles and have been released again on a short four song EP ‘Something Old/Something New’, paired with two of the bands older songs that were recorded before ‘Fix Me’, “Sicker Things” and “Primetime”. The EP was released as a thank you to the fans for waiting so long for the next album.

The four have a few upcoming Canadian shows, which I can guarantee you will want to check out , if you’re able. Head over to http://www.marianastrench.net/tour.php to see a full list of tour dates and information on show times and tickets.

I and a few of the other writers on Canadian Beats had a few burning questions for the guys and were fortunate enough to be able to ask guitarist, Matt Webb a few questions in this interview.

Now that ‘Astoria’ is almost complete, do you have any early favourites from the album?

Matt Webb: YES. Lots actually. The closer “End of an Era” and “Burning Up” are my two faves right now.

Lindsay asks: How did the writing process for ‘Astoria’ differ to your previous albums?

Matt: Same as always! Josh lays some funk down on the grill while Ian, Mike and I toast the fuckin’ buns.

You’ve said that you don’t like recording the same album twice,  that you like to change it up in between, are there any big difference between the sound of  ‘Astoria’ and the other albums?

Matt: There would be no point in putting out a similar sounding record over and over, we strive to evolve every time.  On Astoria you will hear a ton of 80’s influences and the most candid lyrics Josh has ever sang.

Jeannette asks: What were some of the inspirations behind the album?

Lizzie asks: You’ve mentioned that the closing song on the album has some references from ‘Fix Me’. Looking back on that album, would you change anything about it?

Matt: There are always little things you can change but we’re very proud of every record we’ve ever released.

Jordyn asks: Can you tell us if there is anyone featured on the album?

Matt: So many features there are too many to name.  Mostly just great friends of the band who have helped guide us and support us along the way.

Are there any hints you can give us about when the album will finally be released?

Matt: October or else.

Which song was the hardest/easiest to record?

Matt: Well as you know, the opener and closer are always these crazy epic songs… no difference this time.  They typically take the longest to record but we sure have a blast doing them.  It’s no holds barred song writing – Josh’s specialty.

Jeannette asks: When the album is released will there be a Canadian tour with Maritime shows?

You will be doing some Summer dates throughout Canada & US, is there a full tour in the works?

You’ve said that you’re teasing a couple of songs each show on your upcoming summer tour. Will you be covering the whole album or will there still be some surprises? Are you nervous at all for the reaction to the new material?

Matt: We’re always nervous to debut new material. That being said, we’re playing 4 new songs off Astoria for this summer tour and the crowd reaction has been fantastic.

Jordyn asks: Are there any openers for your Canadian shows?

What can fans expect from the upcoming shows?

Matt: A lack of pants.

Are there any stops on the tour that you’re looking forward to most?

Matt: Well currently I’m sitting backstage in Boston at the House of Blues, right across the street from Fenway Stadium.  That is pretty damn cool if you ask me, particularly for Mike and I who are HUGE baseball fans.  So much history in that building… this city is rad.

Here at Canadian Beats we like to throw in a few fun questions as well:

Do you prefer performing in bigger arenas or smaller, more intimate venues?

Matt: They’re both awesome, although I do enjoy the sweaty, packed clubs where you can make eye contact with every single person in the crowd.  The energy in the small clubs is why I got into this business.

If you were in charge of a music festival, who would you have playing?

Who has been your favourite artist/band to see perform live?

Matt: Foo Fighters always knock it out of the park.

What is something your fans might not know about you?

Matt: I have several pairs of loafers.