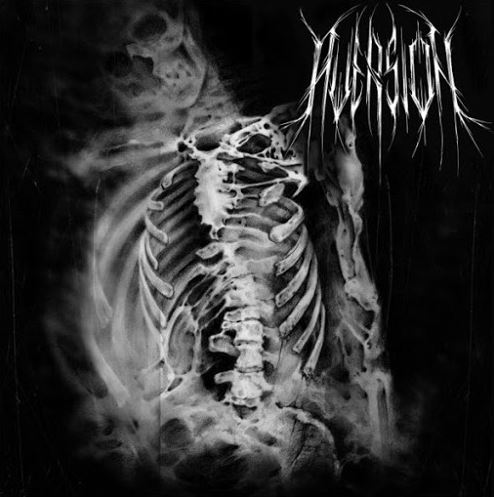 Aversion came blazing out of Montreal, in true black metal fashion, injecting a new wave of necro-sounding northern darkness into the eastern provinces of Canada, and the west is certainly next now that their self titled album AVERSION has been released. A supremely brutal female fronted black metal band, Aversion sure as churches burned in Norway, proved once again that the black metal cult is alive and well in Canada.

The album plays like classic black metal, with very, how did Burzum put it? Oh yeah, necro-sound. Lots of double bass and blast beats, guitars being picked with such ferocity, its kind of suspicious they don’t burst into flames, and the tormented wailing of Aversion’s very own siren like vocalist are all sown together into tapestries of terror and ice.

If you are a fan of extreme music especially the Scandinavian black gold of the 90’s, Aversion is most certainly worth a listen, and I hear that their live shows are something truly diabolical in nature, and indeed, a voracious wonder to behold.  I blasted the tunes in my house and now most British Columbia is on fire, Coincidence…?