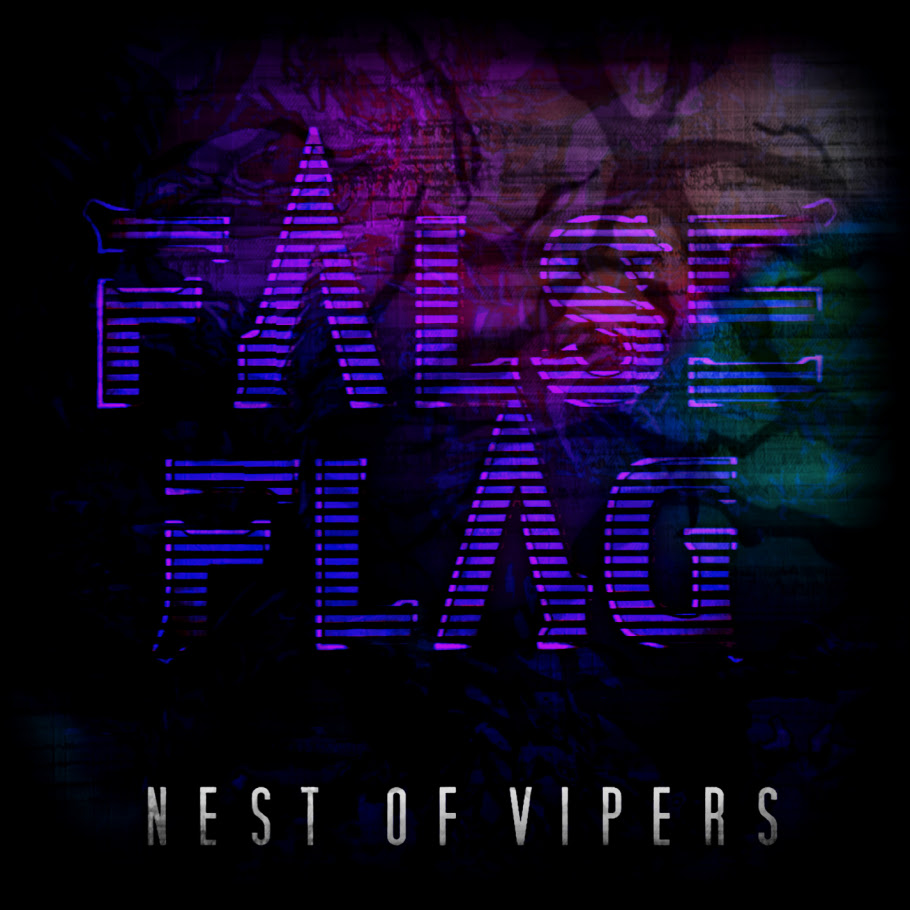 The prairies have long been the home of core and death metal in Canada, so it’s not surprising that once again they brings us another epic offering to lay upon the altars of metal. False Flag have risen once again to bring the masses a banner of pure death metal that fans of all genres can salute. Immediately reminiscent of Meshugga but with its own unique flair False Flag have created something that is unbelievably unique.  Staying true to the False Flag we know and love, the guys jerk from genre to genre and never seem to stick to one, making the music that much more interesting, and you will certainly discover something new with ever replay of the album.

The albums title track “Nest Of Vipers” is as hard hitting, as it is catchy. Heavily doom inspired riffage blends seamlessly into a cocktail of growled and clean vocals giving the tune an instantly recognizable vibe, down tuned into grooves that will certainly have audiences moving.  Nest Of Vipers never skirts the typical clichés and indeed stands apart from the bands previous work.

False Flag will be touring to support the release of this explosion of awesome the named Nest Of Vipers, so if you are one of the privileged few, lucky enough to be in their path get to the front rail and rock the f**k out!!!