Rock the Coliseum and Peel Crew returned to the Masonic Lodge in Streetsville to party hard and burn the house down (figuratively through music, of course). Keeping local music alive and bumping, RTC and Peel Crew are more than just face-melting, heart-pounding great music; they’re a community open to all. The show was packed with a wide array of genres and talent featuring Life in Vacuum, Yonder Peak, River Groves, Bastard Steer Choir, and Stockholm Siesta. Joining them was a very special guest, Fluffer, from Cincinnati who celebrated the fourth of July in style with their tour partners, Yonder Peak.

Stockholm Siesta opened the show with a bang and some light-hearted, yet strange, humour. A recording of an abstract monologue about cows and hamburgers began playing to signal that the band was getting ready. Ambient music played under the voice of a man taking us through a journey of becoming one with the hamburger, even though their logo was a taco. All joking aside, this band was tight and knew how to start the party. My favourite song of their set was Dance of the Dead, off of their EP Fixin’ to be a lot Better. The song was a great mix between the head-banging power of hardcore music, and the fun carefree hooks of pop punk. It’s a number ripe with heavy beats, distorted power chords, and harsh vocals. Only the charismatic powerhouse that is Stockholm Siesta could make a song about the “universality of death” so much fun. The rest of the set consisted of the same general idea, including a song about cannibalism (also fun!). However, they managed to surprise me when they ended with a beautiful ballad titled Ask Me How that proved these guys are all-around talented, whatever the genre may be. 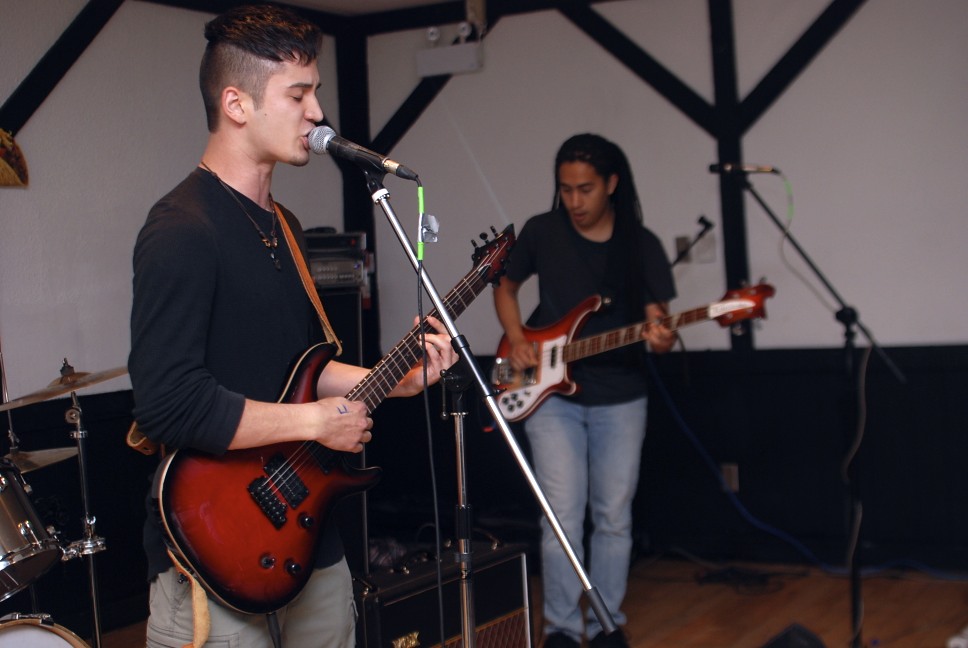 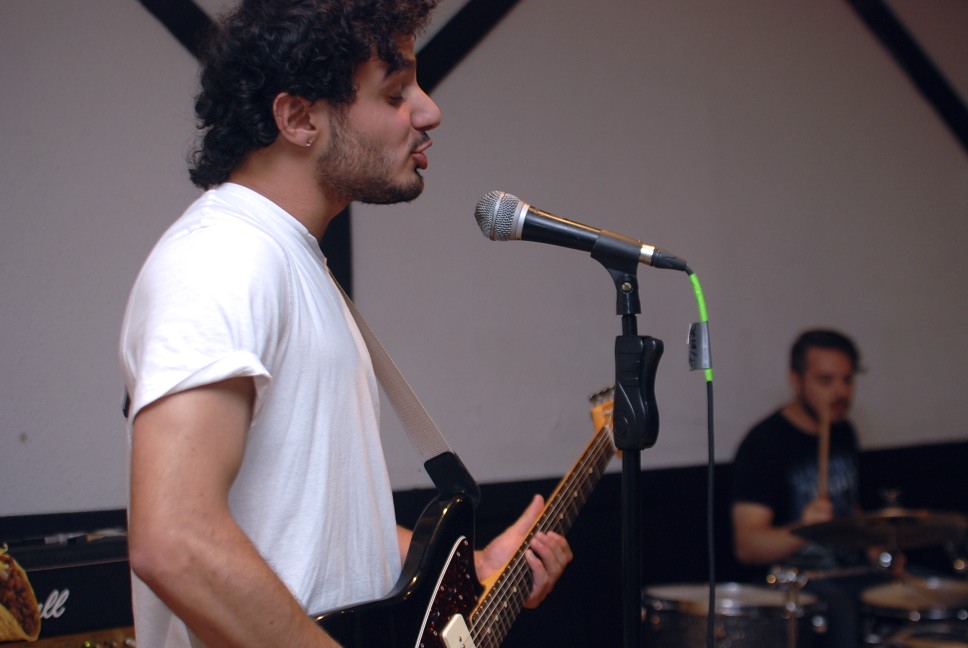 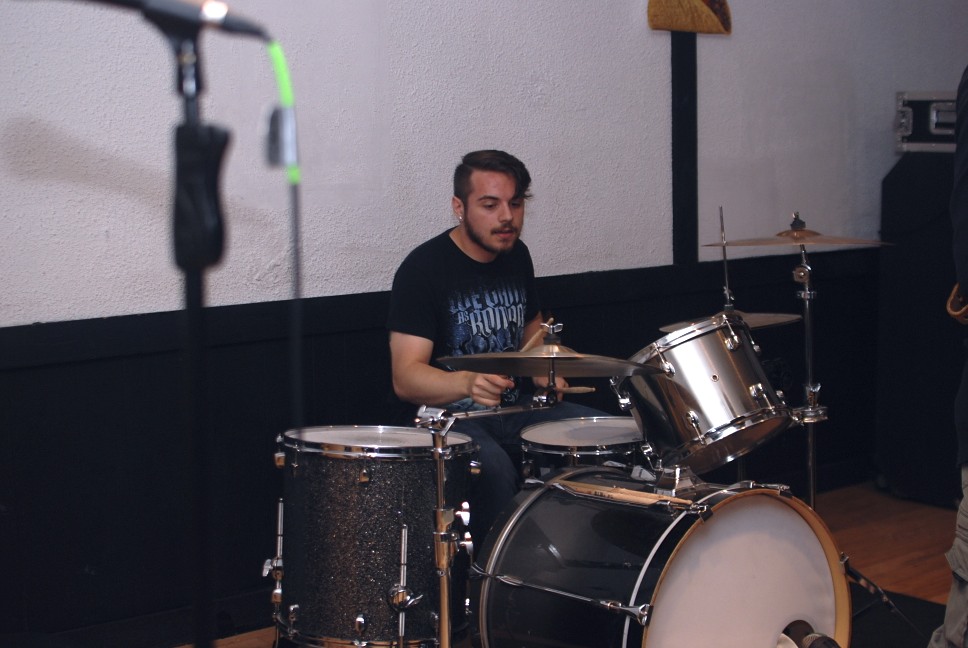 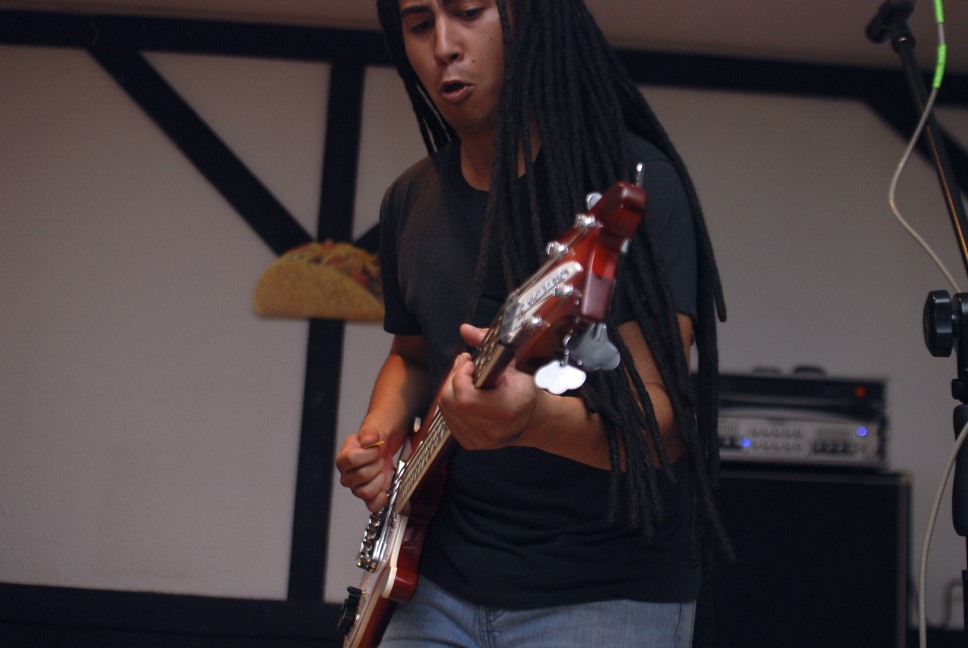 Fluffer took to the stage next, and brought along a new sound that was a stark contrast to the previous band and the rest that followed after. Coming from the far away land of ‘Murica, it was interesting to see the different sounds that other music scenes can foster. Fluffer is a fun, alt-pop type of band, mixing hardcore elements with EDM, creating epic party music and experimenting with different types of electronic sounds. My favourite song that they played had to be their ending number titled Prince off of their album Crusader/Destroyer. 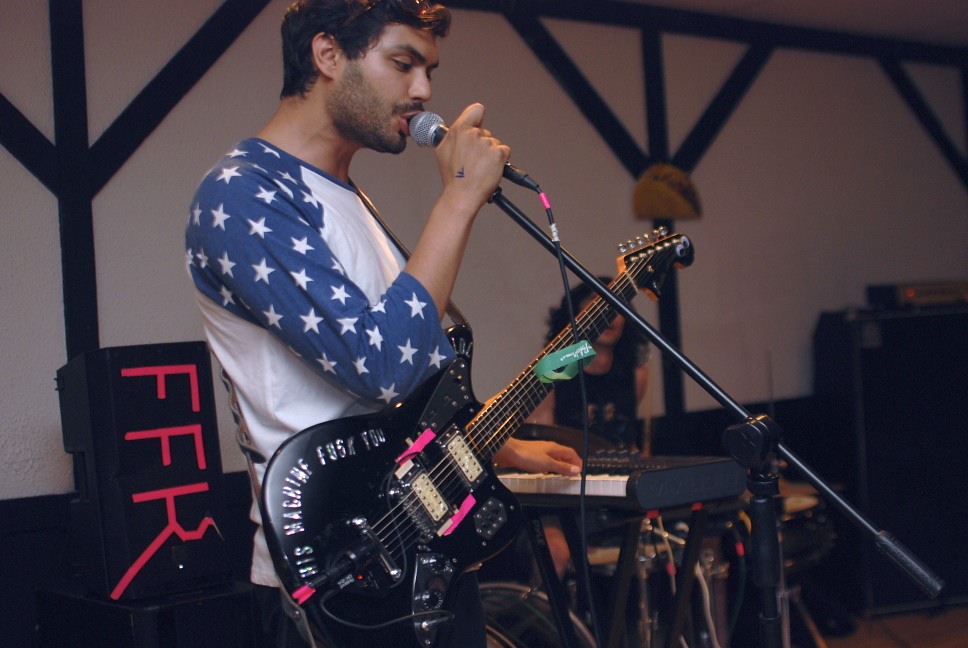 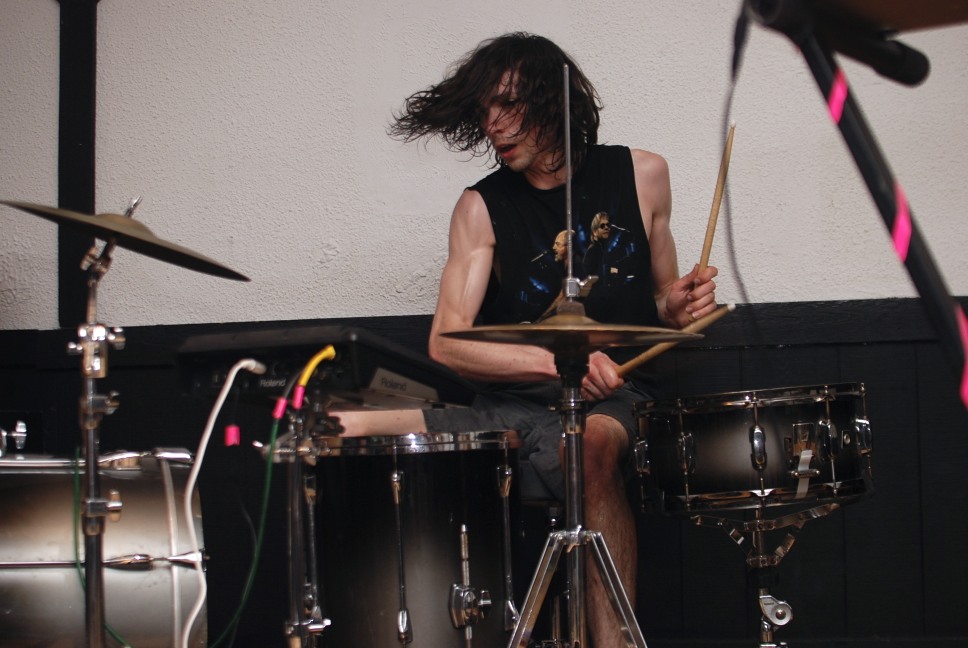 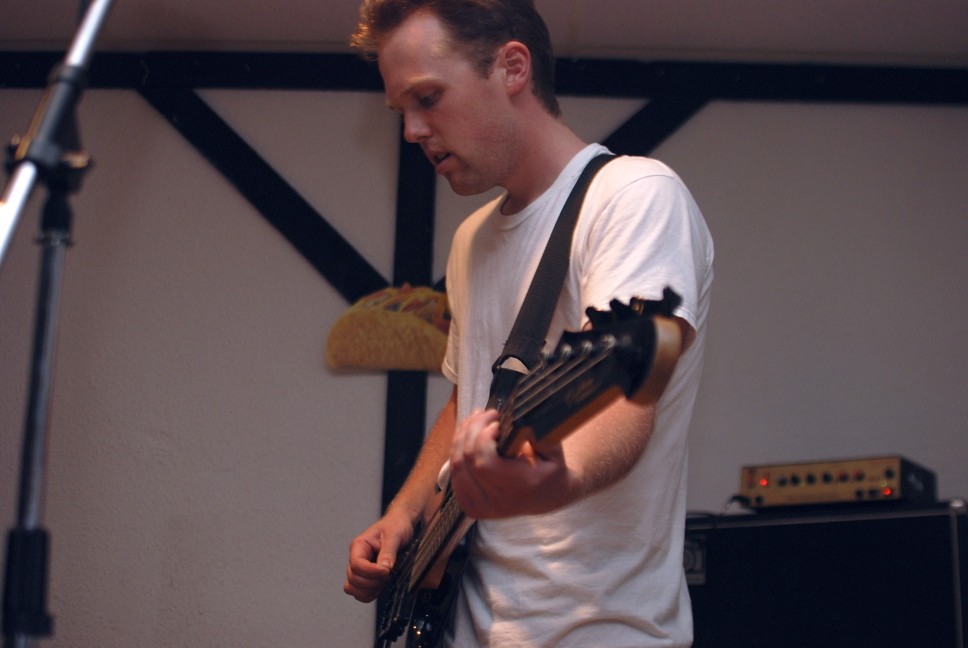 The next band that followed was definitely one of my favourites of the night. True rockers through and through, Bastard Street Choir were all-around hardcore grunge, and it was a blast to witness them in action. At first I wasn’t sure how I’d feel about this band because the hardcore scene has been lacking in originality lately, but it’s safe to say that this band re-ignited the spark it had lost. While they stayed within the regular confines of metal music, their sound was one of their own and I hope they hold onto it. I really loved Posession Proof, which combines hardcore elements like shouted vocals and in-your-face drumming with the types of guitar riffs and hooks you’d hear in modern alt-rock. Their music was well put together by borrowing all the best elements from different genres and using it to mould their sound. This band was gritty, energetic, all over the place and so much fun. 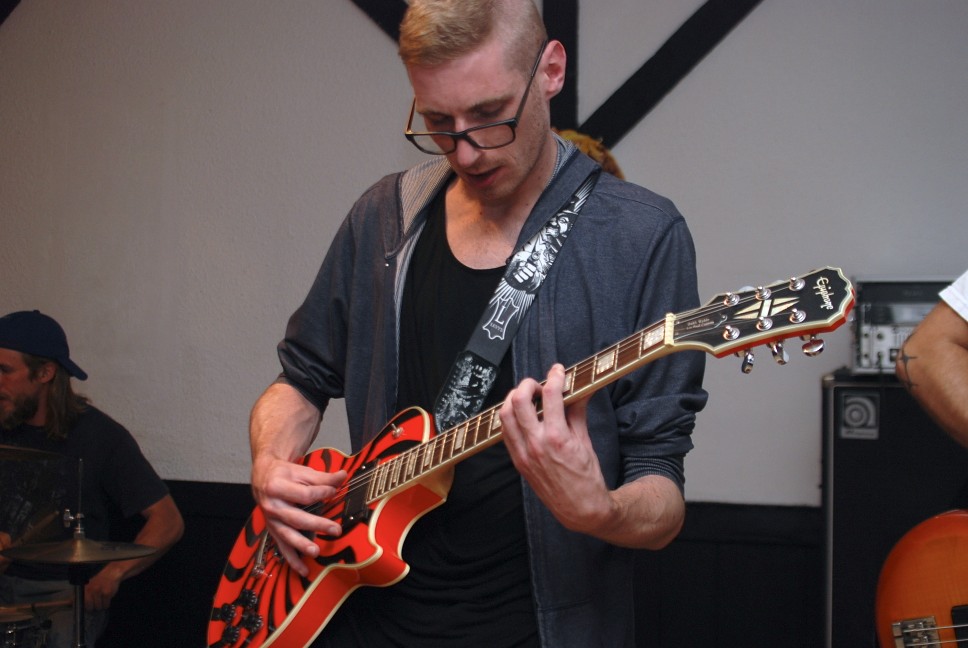 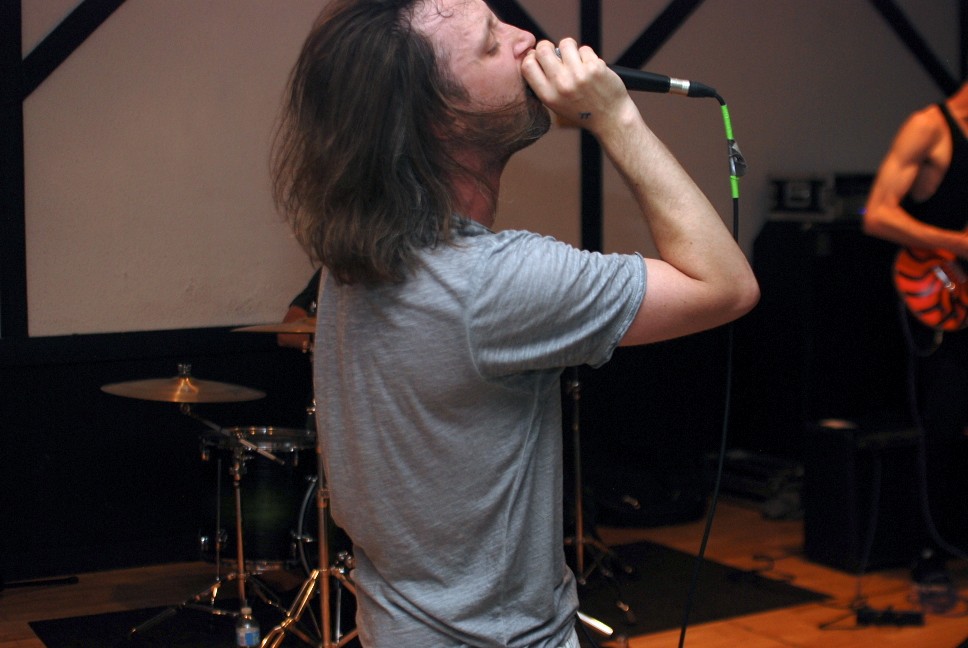 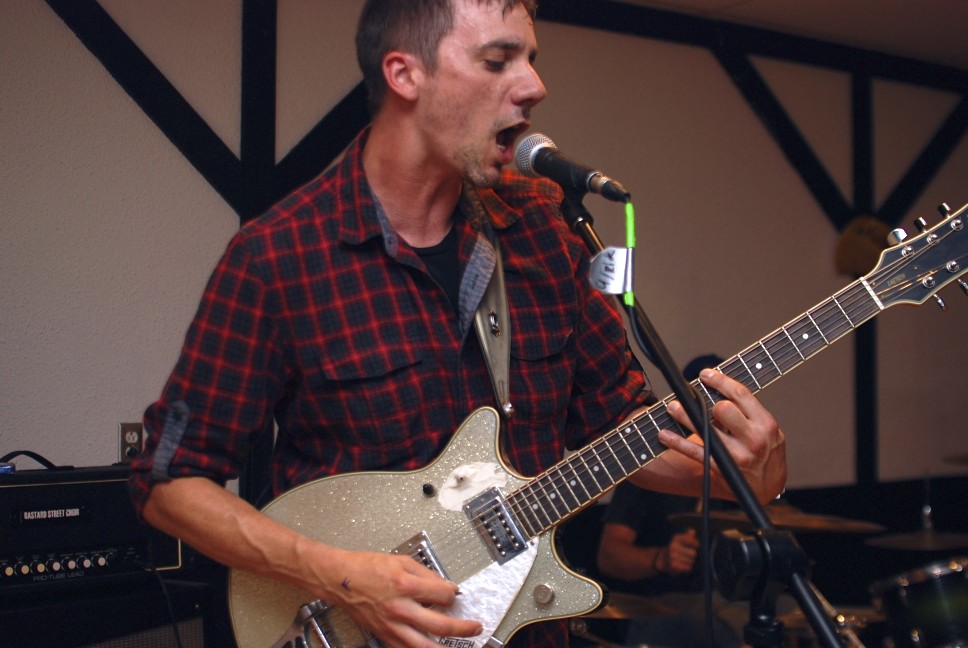 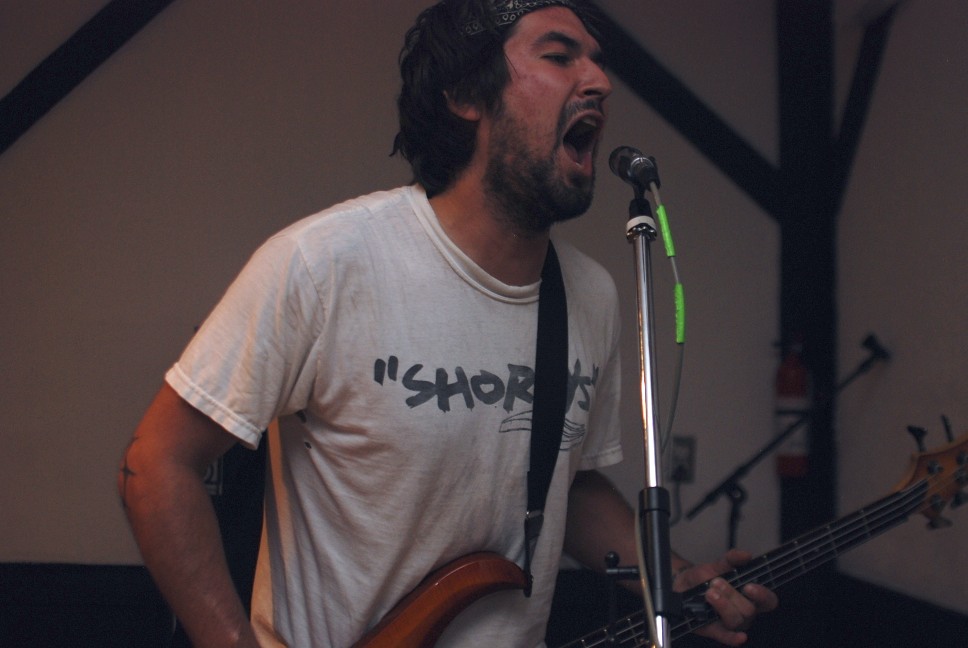 River Groves continued the high energy by bringing their upbeat indie punk to the stage, along with a massive crowd. I was really excited for their set because I recently discovered that they are AWESOME (they deserve capitals) and it was my first time seeing them live. They certainly did not disappoint. Their opening number, Waiting, is a high-energy masterpiece that starts off with a guitar hook of distorted wonder. The song features verses that are minimal with quiet vocals and an aggressive bass line that just won’t quit. The song explodes out of the verses into a powerful chorus that uses accents and short, staccato beats to pack a punch. It’s hard to pick a favourite when it comes to River Groves, because so many of their songs are wonderful. Just do yourself a favour, and go listen to their latest album Workhorse. River Groves will be playing Rock the Coliseum this August at the Celebration Square Amphitheatre in Mississauga, ON. They will certainly put on a show that cannot be missed. 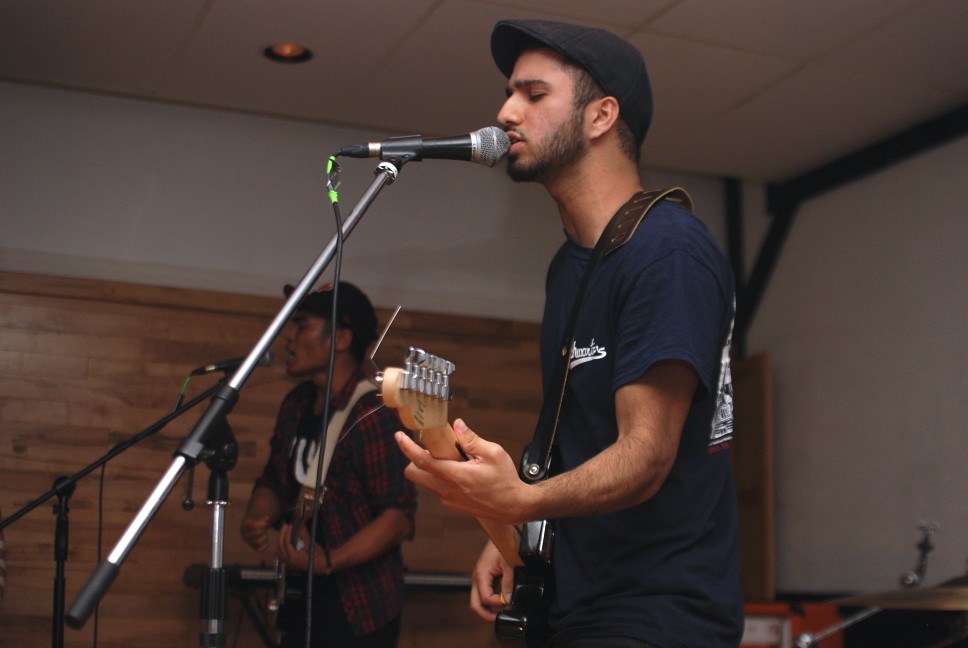 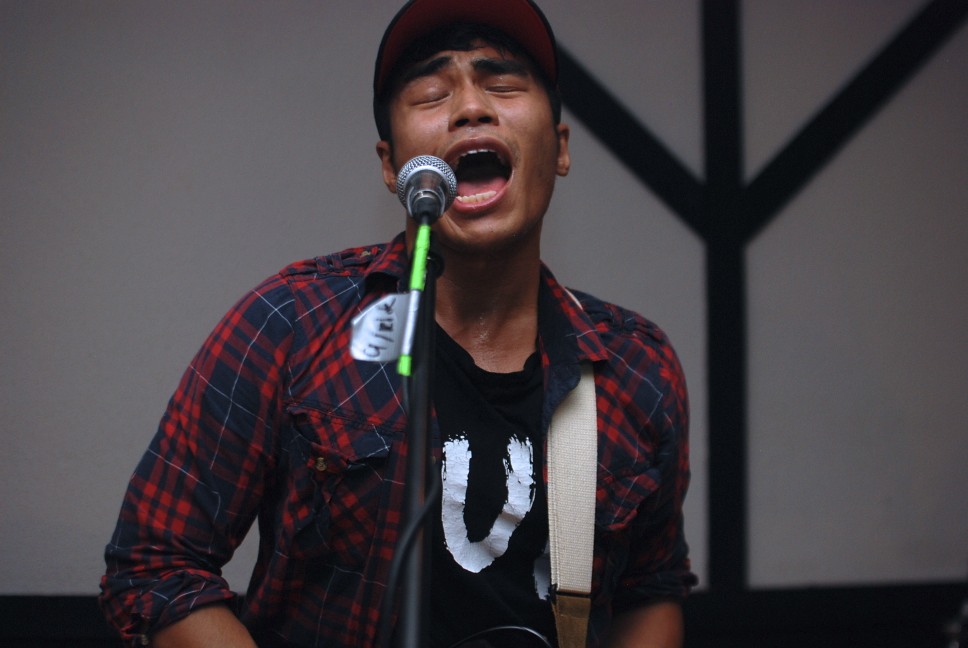 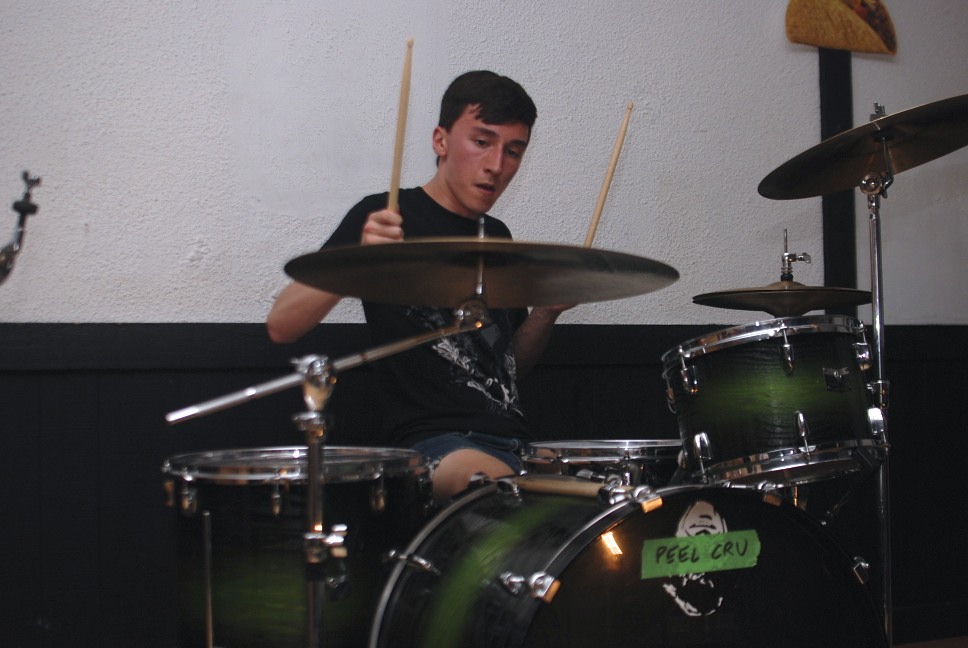 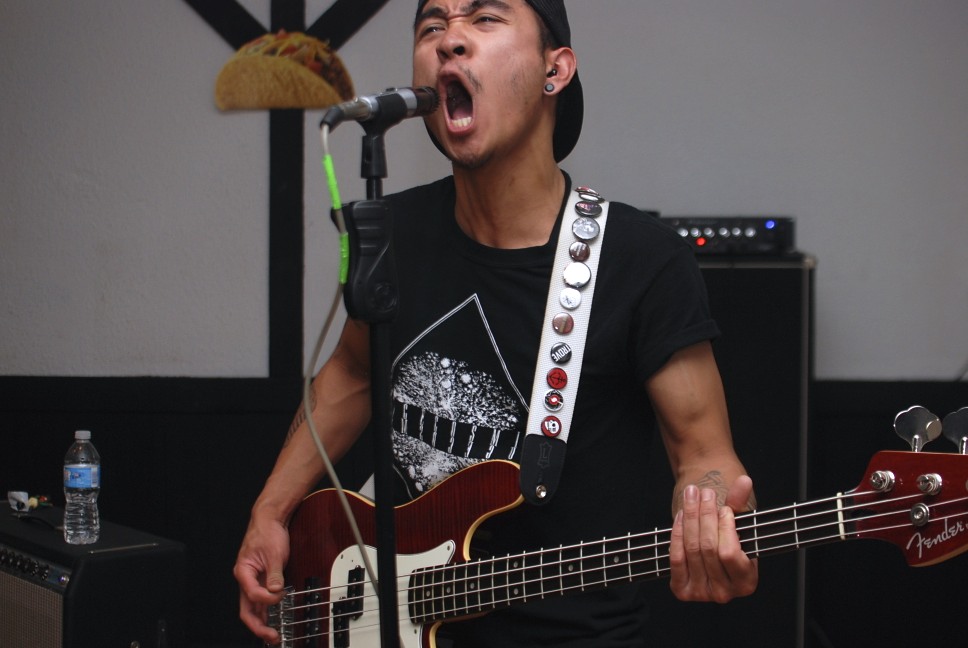 Yonder Peak kept the good vibes going by playing an explosive set full of some sweet punk/prog rock tunes. Armed with a unique sound, Yonder Peak brings something new to the table with music that brings together elements from grunge, punk, and hardcore to create a hybrid of rock greatness. I Mellow Out to the Sounds of Bats is a great example, and sounds even bigger and harsher live. This song uses heavy guitar riffs as its main hook, and is reminiscent of 1980s Ozzy Osbourne hard rock. However, the vocals are where the similarities end. While early metal focused on electric high notes, Yonder Peak creates a story in their music through the use of talk-singing their lyrics and throwing in some gritty low notes or shouted vocals to make it extra special. These guys are pretty chill, yet their music hits you right in the gut the way only that classic metal sound can do. Fans of classic rock who are looking for something new to obsess over, look no further, for I have brought you Yonder Peak. 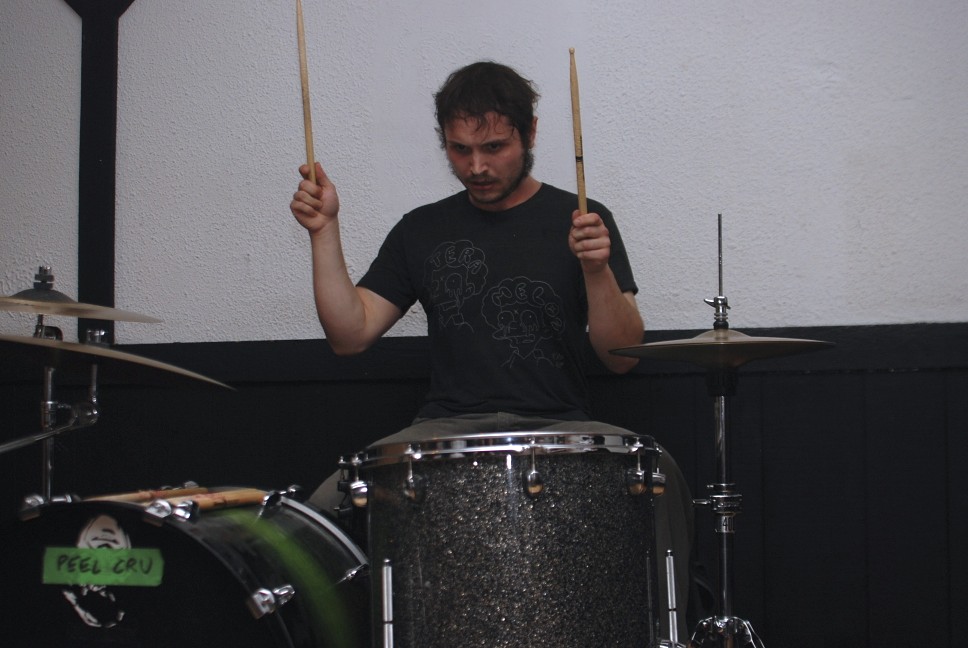 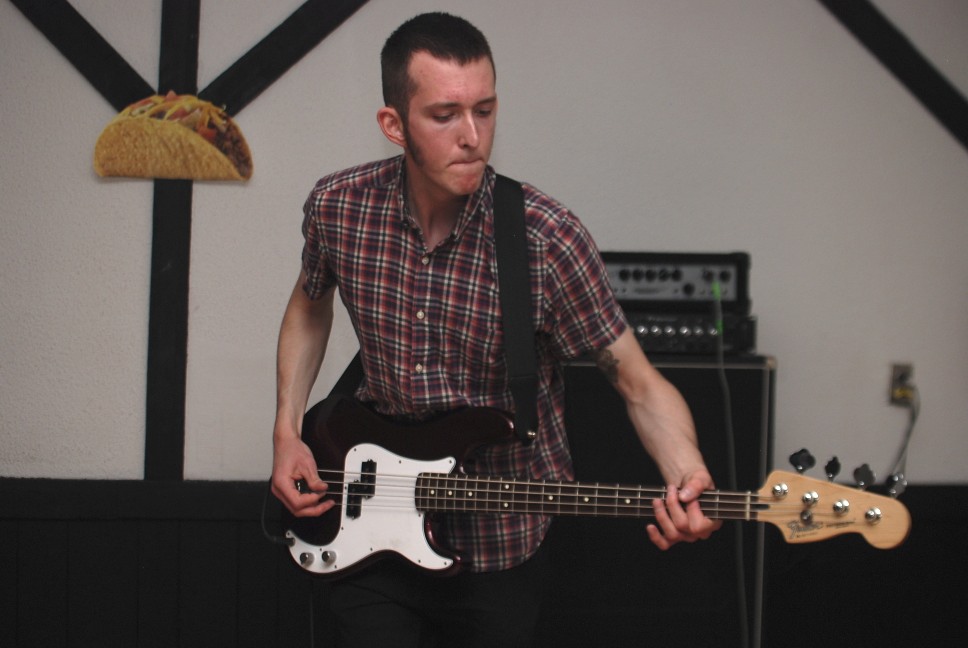 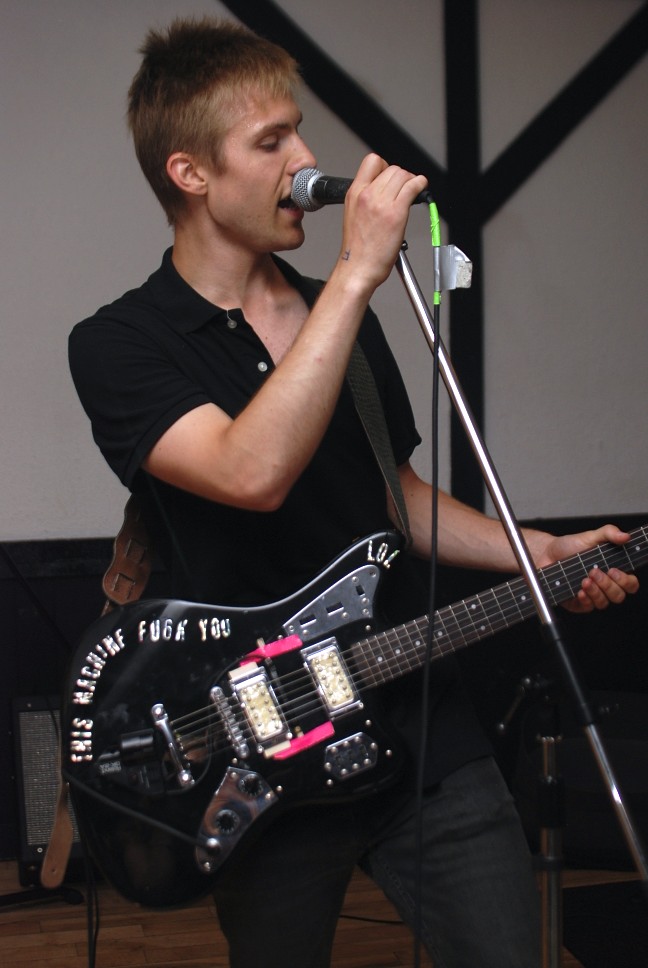 Life in Vacuum hit the stage next to close the show with an exciting set of hard rock punk goodness, playing loads of music from their latest album titled 5. Each song was expertly written and performed, with tons of energy and smooth transitions between songs. The set started off with a mellow intro that created suspense and excitement for the epic performance that was about to transpire. Each song perfectly drifted into another, with transitions woven into the set that created a flawless flow of music. Some transitions were mellow, providing a small break from the intense jamming out that was happening. Others worked to build up the energy, there was even one that sounded like a space ship taking off, and it was awesome. One of my favourites from their set was The Edge of Boredom. This song showcased an array of songwriting talent, featuring powerful vocals, strong head-banging beats, and a super rad instrumental interlude that incorporated a funky guitar riff into an otherwise hardcore song. All in all, Life in Vacuum played a killer set with high energy that kept the crowd pumped, and a spirit that proved they were passionate about their work. Needless to say that paired with Bastard Street Choir, Life in Vacuum has given me a newfound love for hardcore music. 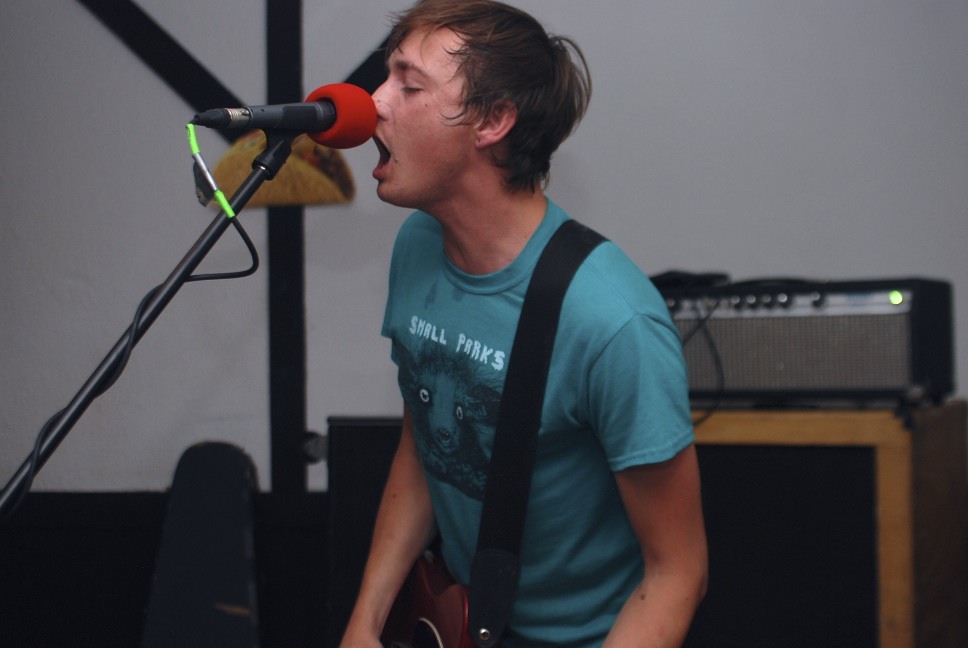 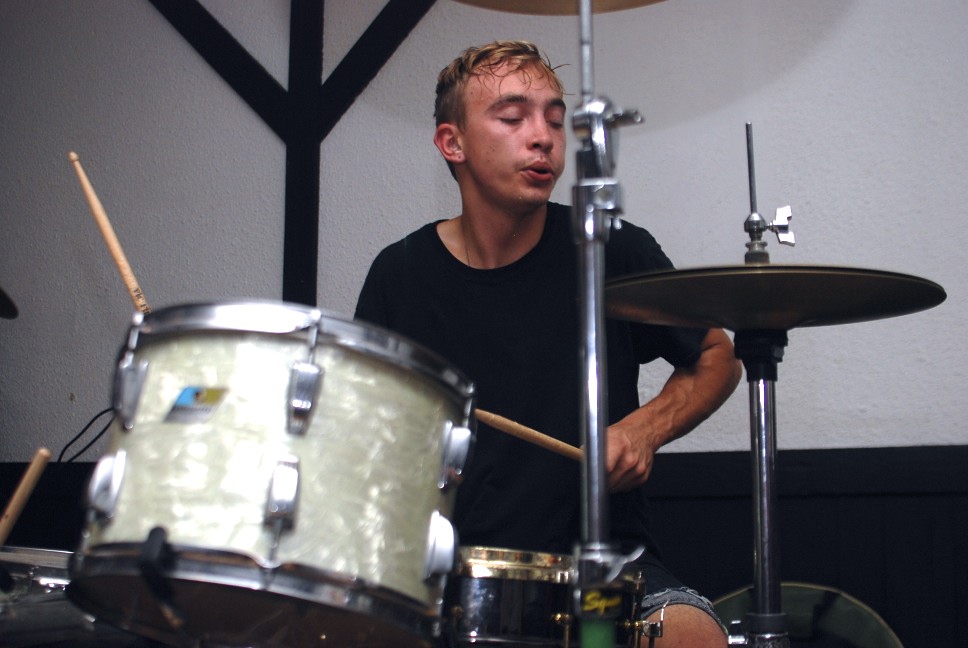 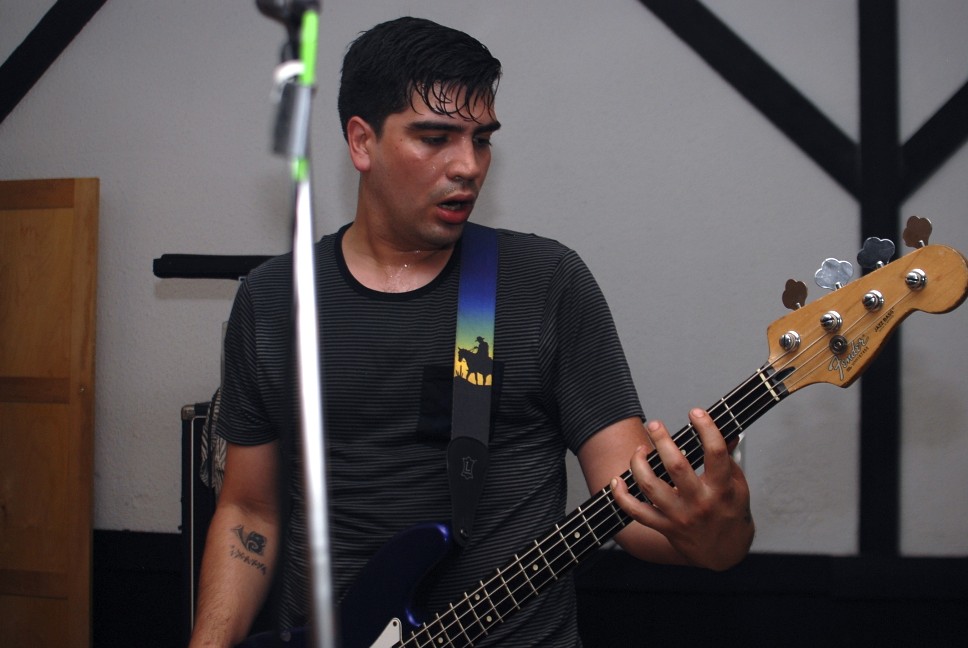