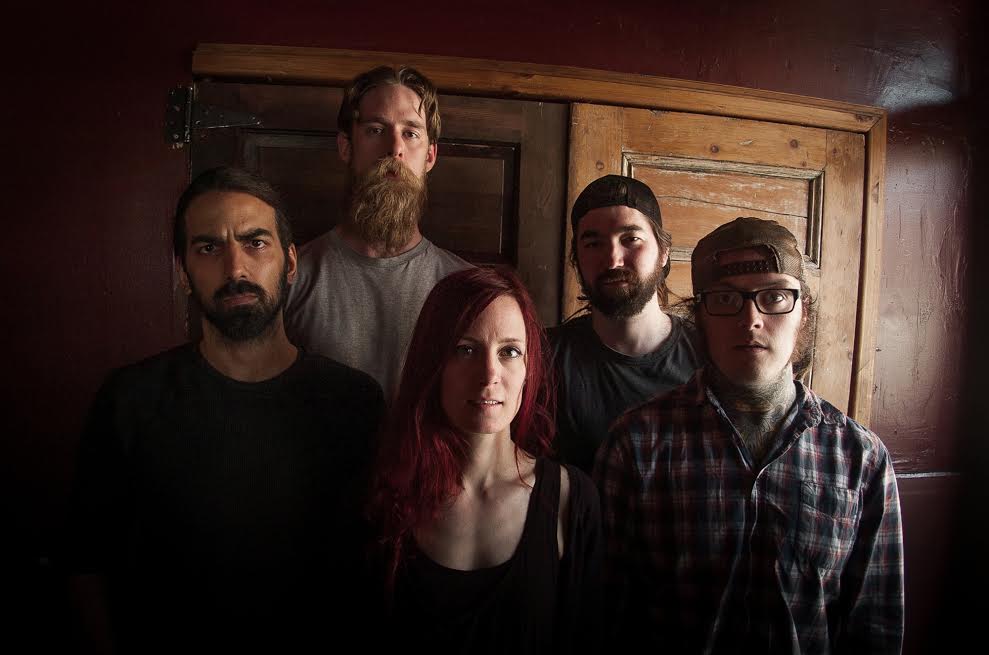 We recently had the chance to ask Canadian grindcore band, Fuck The Facts a series of questions based around their new album, writing process and much more. Continue reading to find out much more about this talented Ottawa based metal band.

How are you guys doing?

Marc: Pretty good man, thanks for asking. Just practicing a bunch for the touring we’re doing near the end of this year, and getting a bunch of other stuff ready for the Desire Will Rot release.

Tell me a little bit about your writing process; was anything different about it this time around?

Marc: It’s a little different every time. I would say the main difference on this album is that we had Johnny doing some writing along with Topon, Vil and myself. He writes some rad shit so it was cool to have the musical end split 4 ways. That being said this album is mostly songs/ideas that Vil and Topon came up with while jamming. They live in the same city and jam together more than we do as a full band, so they have a natural dynamic with each other.

Topon Das:  I also think we simplified things a bit more this time and tried to make it more of an honest representation of the band. Vil and I write a lot together, but there’s also a lot of demos comes from everyone. We really don’t have a very strict writing process, and I don’t think we ever have. It just always works out in the end.

Marc: Musically? Negative shit. I always find it easier to write about things that piss me off. It feels good to get it out and make it into something positive. Bitching and moaning is fun and all but I don’t think it’s for everyone, although it sometimes seems like it is. Outside of that I’m always inspired by the people around me making music, art or pretty much doing what they love. It’s always a good “fire under the ass” to watch someone bettering themselves creatively and pushing themselves do better shit. There are so many great people doing amazing things with music these days but sometimes it gets lost among the white noise that is the Internet. I think it takes a little longer to find the non-dairy cream of the lot but it’s even more rewarding when you do.

Did you experiment with anything musically or instrumentally this time around?

Marc: A little bit I suppose. Most of the album is pretty straightforward as far as instrumentation goes but the second-to-last song: “Circle” has a bunch of freaky shit in it ranging from cello, piano and a few soft-synths. I guess we crammed our entire artsy fartsy juju into one track instead of spreading it around.

Topon Das: I’m pretty happy that I managed to squeeze in some cowbell on this album, even if Vil made me turn it down a bunch in the mix.

What are some of your influences and have they changed the way you view your own music?

Marc: Our influences are pretty far ranging between the 5 of us and tend to change like the wind. The music changes on its own for the most part. There is never a pre-determined “sound” or “aesthetic” that we aim to accomplish with each recording but over the span of the writing process it always seems to crystalize into something somewhat coherent. I try not to think about how I view what we do. Just like to let it happen.

Topon Das: It’s been about 8 years now that we’ve all being doing this together. So we’re always introducing each other to new music. I know my own writing style has been definitely changed from having to learn songs the other guys have written.

Do you write music with an audience in mind, or is it more of a personal experience for you?

Marc: It’s all about writing for the audience, but unfortunately the audience is exclusively us. (Gotcha!!) I don’t think we’ve ever consciously written something that we think a specific group would enjoy, although it’s great when people do. I wouldn’t know where to start. Djent maybe. Is that still a thing? A little bit of audience consideration goes into planning our live set to make sure it’s a good set front to back. No consideration goes to our drummer Vil, who will vouch for that 100%. (No breaks for you!)

Topon Das: Yeah, we write what we enjoy and definitely when other people also enjoy it, it just makes it that much better.

How did you come up with the title for the new album?

Topon Das: It’s actually from our song ‘Nukestalgia’ which we released on our split with Fistfuck. It just jumped out at me as the perfect title for this album. It sums up a theme of defeat and hopelessness that we’re trying to convey on this record.

I find it really interesting that you are one of the few bands still releasing A and B sides to albums, what made you decide to do this?

Marc:  I don’t think we do, it sort of just happens. We really just “Inspector Gadget” our way through this whole music thing. The 5 of us write a LOT. It’s almost a problem of sorts. We never have a lack of material in the works and it inevitably leads us to a point where we have to pick what songs to put where. ‘Amer’ was all songs that were written for ‘Desire Will Rot’, but just didn’t seem to fit with the rest of the record. I love all the songs off ‘Amer’ but if any of them were to be on DWR they might seem like the oddball. Making a great record as a whole entity is something we strive to do. It’s got to have an ebb and flow that goes beyond mashing songs together. Topon is great at taking all the songs and giving them a more uniformed presence.

When can fan’s expect to have this record?

Topon Das: The album gets released on August 25th. You can pre-order the 12” vinyl, CD or cassette at www.fuckthefacts.com or a digital version of the album at http://fuckthefacts.bandcamp.com

Fuck The Facts has been constantly releasing music over the last couple of years, what made you decide to put out a full length album this time?

Marc: Damn man, we were long overdue. Since 2011’s Die Miserable we did Amer, the Abandoned EP and a split with Fistfuck . We knew that the next thing we did would have to be a new full-length album.

Topon Das: I rather release albums than EPs, but it just sort of played out that putting out an EP or a split was more feasible for us. I really hope we won’t have such a long gap in between album next time.

Do you have a favorite song on you new album?

Marc: The last song, ‘Nothing Changes’, is a personal favorite. It’s a pretty huge departure from the rest of the record, but it’s got something awesome to it. Lyrically, it’s something that felt good to write and hear screamed out to the ether. We’ll probably never play it live due to it being too much of a bummer even for us, but I feel it ends the record well.

Topon Dos: Mine is probably ‘Solitude’. It’s one of the first songs that I wrote jamming with Vil, and it really has our stamp on it. I just love the flow of the song and the last riff is easily one of my favorite parts of the whole record. We added one high note lead and it just made the whole section explode! It’s a fun song to play as well.

Any plans to tour, if so any cities you would be super stoked to play?

Marc: Yeah dude, we’re doing a bunch of touring towards the end of this year out through eastern Canada, western Canada and the whole of the US of A. Cities are cities as far as I’m concerned, I’m just stoked to see old friends and make some new ones. The last few tours have been insane as far as the bands we’ve been able to play with are concerned. Every tour it seems like we’re playing with some bat-shit awesome bands that we’ve never heard before and most people wouldn’t know. It’s a goldmine motherfucker!

Topon Dos: Halifax is usually a highlight, we’ll also have a hometown release show in October with our friends in Fistfuck, which should be fun. It’s not really the size of the show that matters; it’s mostly just the vibe and audience interaction that I care about. We’ve played some awesome shows to 20-30 people.

Is there anything you can tell us that might surprise your fans?

Marc: Gossip eh? Not so fast!………Haha. Mexico was not sketchy at all. Seriously.

Topon Dos: Maybe just that I hate the term ‘fans’. There’s no ‘fans’ in what we do, just friends that perhaps we haven’t met yet.

Can you take us briefly through a day in life of Fuck The Facts?

Marc: Basically, we get up, do real people shit for 7 hours and then descend into a booze injected frenzy of high fives and chip binges. Nothing carries an ounce of morality or fear in Fuck the Facts land and we adore anyone that dares enter into the citadel of Canadian doughnut fueled lust. Germs trample each other in failed attempts to escape our breath, and kerosene soaked fire baths come as a relief to those who spread wackness and malaise amongst our kin. Woe to those who are foolish enough to shotgun whist in the depths of our Gatineese labyrinth. All hail lord Rambo; bringer of exploding arrows and walker of long roads.

What so you think of the metal scene in Canada? Any favorite bands?

Marc: Metal scene up here is great. It gets cold and we get bored. Some rad Canadian bands worth checking out are Alaskan, Biipiigwan, The Great Sabatini, Hard Charger, Teethmarks, Godstopper, Demonic Possessor, Guiltfeeder, Anthesis, Expain and too many more to remember/name.