By Remington Fioraso on July 5, 2015@https://twitter.com/RemingtonFD 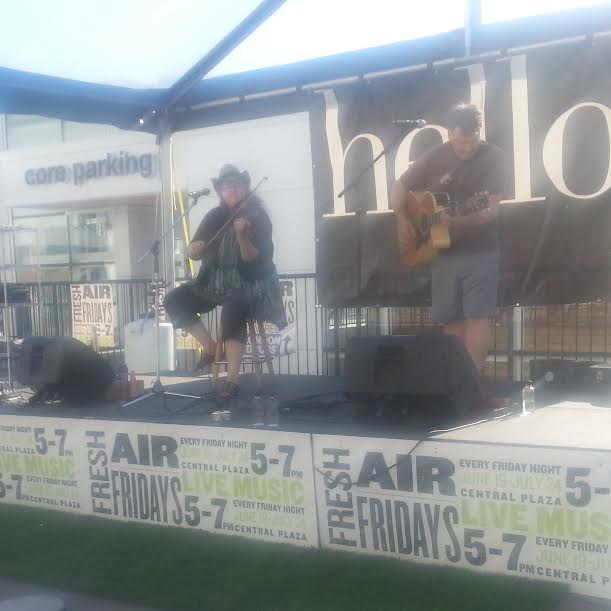 Murphy’s Lagh is a duo formed by singer/guitarist Damian Brennan and fiddlist Jennie Bice.  The band has played at numerous venues and concert series within British Columbia.  I had the opportunity to see them play at HighStreet mall in Abbotsford, BC on July 3, 2015.  The show was the third in the Fresh Air Fridays at High Street series.

The band played numerous songs through the two hour set.  The duo have a good dynamic performing with one another, as well as compliment each other’s performance well.  Some of the songs included in their setlist were covers of Time of Your Life, Don’t Let Me Down, With or Without You, Ring of Fire, Moonlight, and Stand By Me.

I really enjoyed how the organizers chose to set-up the stage.  Those passing by could stay for a song or two.  Tables were set by the stage so individuals in attendance could sit down, grab coffee (or food!).  The sound for the outdoor stage was really good as well.

If you are in the area, I would definitely stop by the Central Plaza at HighStreet in Abbotsford on Thursday nights from 5-7pm.  There are so many talented local musicians playing in the upcoming weeks!