Interview – Olivia and the Creepy Crawlies

By Remington Fioraso on July 4, 2015@https://twitter.com/RemingtonFD 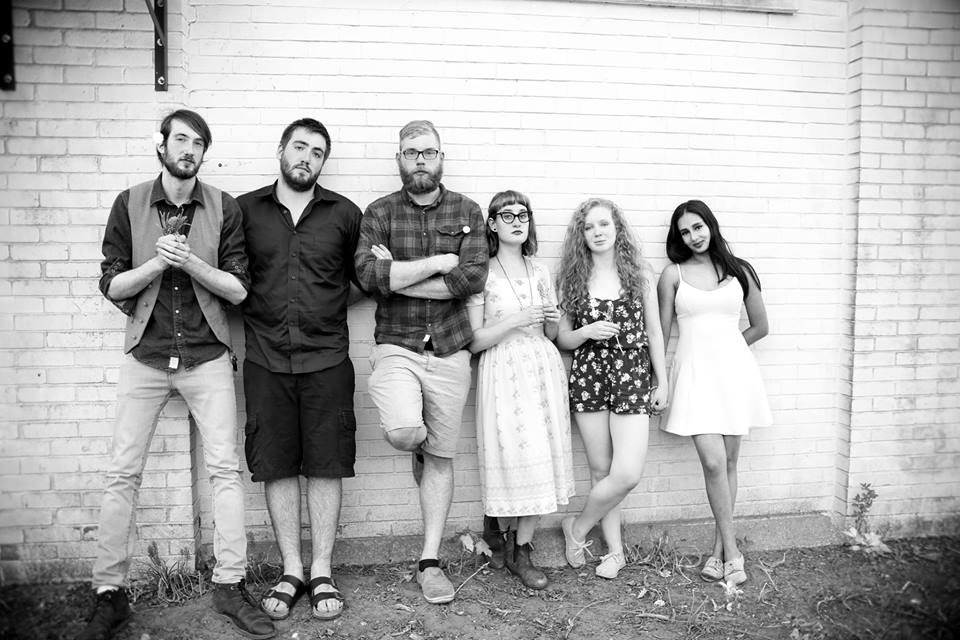 First and foremost, my main musical influence is The Velvet Underground. They were pioneers in their field, and I feel like a little bit of them finds its way into everything I do. I remember the first time I heard the Velvet Underground, I was about 12/13 years old, so it was a really important, formative time for me, and I remember thinking, “Wow. This is music”. I’m also really influenced by powerful female artists such as Feist, Regina Spektor, Lucy Rose and St Vincent.  Lastly, I draw a lot of inspiration from literary sources as well, I get really inspired when I read a wonderful book, as it’s pretty clear with our song, “Gatsby”.

5 of us are graduates of Fanshawe’s Music Industry Arts program. I performed solo all through first year, and waited until I could see what everyone could do, and who I gelled with on a personal and musical level. Kelly was a student at Western, but I knew her through mutual friends, and knew she had a beautiful voice coupled with those silky smooth dance moves.

How has the reception been for Tongue Tied so far?

We have been getting so much positive feedback for Tongue Tied. Pretty much everyone in our friend group are musicians, and they’ve been ridiculously supportive. We’ve gotten a few great reviews, and people messaging us from as far as Spain saying they love the EP, which is really cool.

What were the most memorable moments when recording the EP?

For me, one of them was when my dad (Michael Borkosky, the producer/engineer of the album) randomly threw in a horse whinny on “Your Door”, and didn’t tell anyone.. I almost died. Then there was the moment when all of us heard the final masters, that was an amazing moment, one of the coolest moments of my life thus far. It was so gratifying and I could tell everyone was so proud, that all our hard work and countless hours had paid off. There were some tears (from me) (I’m a sap).

What led you to choosing “Gatsby” as the first single?

Gatsby made the most sense as the first single because we thought it had the catchiest hook, the most interesting lyrical content, and it’s one of the most fun songs to play. I have a really personal connection to it because I wrote it about my favorite book, The Great Gatsby, a piece of literature that really helped influence my own writing.

We have A LOT of fun when we play together, and that shows. People have described us as the happiest band they’ve ever seen, and it’s true because we really are just six best friends doing what we love to do. It’s really high energy and we try to joke around with the crowd as much as we can.

What has been your favourite song to perform off of the EP at shows? Why?

Personally, my favorite has been Supervillain. I like to describe it as the sassiest song I’ve ever written. It’s all really tongue and cheek, plus we drop an F-bomb in there when we play it live, which is always fun. 😉

I love Dan Mangan. I’ve seen him play live a couple times and it’s always so amazing to see how honest and humble he is onstage. He has an extremely devoted fanbase, which is really cool to see too. I also love Feist, as I mentioned before, and Broken Social Scene are a big one, because they’re just a supergroup of amazing Canadian talent.

What is your favourite “creepy crawly” thing?

I love snails, I used to put them all over me when I was a kid. I had this “snail hotel” that was essentially a big plastic tub with plastic palm trees and bridges and paths that they could crawl all over, so I loved seeing them go to town on that. I’m also a really huge fan of tardigrades, they’re a microorganism that can survive radiation, withstand temperatures above 150 degrees celsius, be frozen to almost absolute zero, and survive in the vacuum of space. So they’re pretty cool I’d say.

My Opa’s homemade wine is a big one. My mum and I also usually get a bag of road snacks whenever we’re going on a long drive somewhere, so that’s one as well. I’ve also been really into Gilmore Girls recently, I just started watching it again on Netflix- I can’t help it, I just get sucked into the drama! I also can’t resist deep fried pickles, they’re an embodiment of everything that is good in the world.

What TV show is your current favourite?

I would have to say it’s a very close tie between Game of Thrones/Arrested Development/Curb Your Enthusiasm.

What can you not leave your home without?

My big purple headphones! And about 5 chapsticks. Shoes are a big one as well. I also always have a really nice Sharpie pen in my purse (my preferred songwriting pen) in case inspiration strikes. I figure I’ll be able to find something to write on in that case.

You’re beautiful! Thank you so much for your undying support! It means the world to us that you listen to the albums and come to the shows, we couldn’t be more grateful. I hope you enjoy a nice cup of earl grey tea while you listen to our music.