By Remington Fioraso on July 3, 2015@https://twitter.com/RemingtonFD 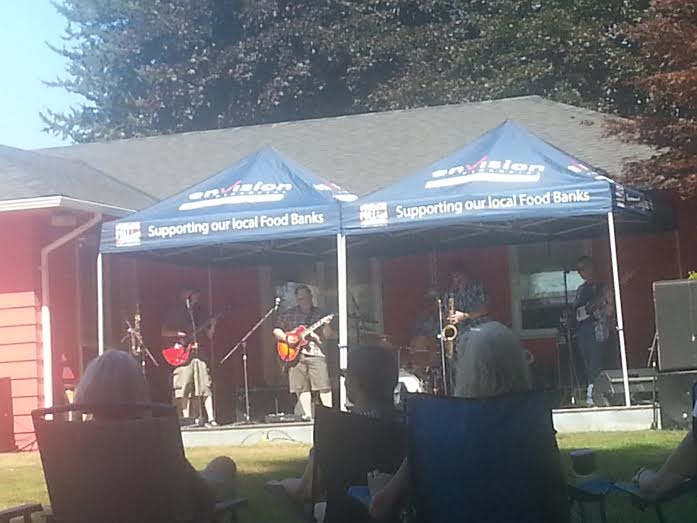 Innerwild is a multi-genre spanning band consisting of Noel Gulbransen, Doug McFetridge, Bob Van Velzen, Freddie Schmidt, and Rick Noel. On June 27, 2015, Innerwild took hit the stage at Mill Lake Park in Abbotsford, BC.  The show was included as a part of the 2015 Envision Concert Series.

Although it was ridiculously hot outside, the music was cool.  It was the first time that I saw the band perform, but I enjoyed their renditions of a variety of different songs spanning across numerous genres.  The band plays classic rock, blues, country, R&B, and more.  I found it to be a solid setlist.  Examples of songs that Innerwild played included: Mustang Sally, Moondance, and Night Train.

Overall, it was a good show.  I look forward to seeing them play around the Fraser Valley again!