By Jordyn Armstrong on July 3, 2015@jordynhannah95 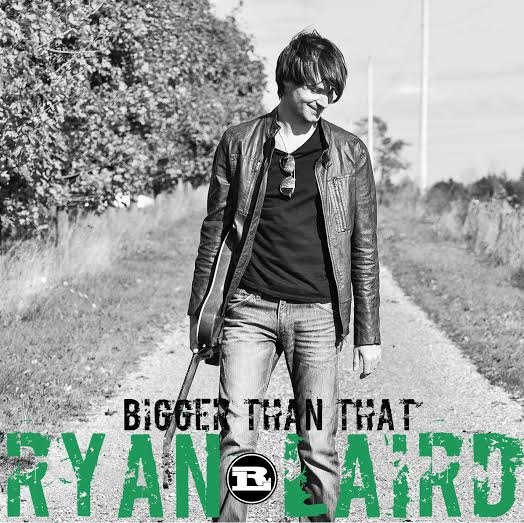 Born in Ontario, and now working in Nashville, Ryan Laird is living out some big dreams. Recently he has released his summer anthem, “Summertime Girl”, which has gathered radio play already here in Canada. He has been nominated for many awards, including a CMT Video of the Year. Laird has even gotten the attention of superstar, Taylor Swift. We got the chance to interview Ryan Laird, so check out this interview to find out more!

How has the response been since the release of “Summertime Girl”?

I was on a radio tour leading up to the release of “Summertime Girl” and had really positive feedback from Canadian Country Radio Programmers towards the song. I personally am very excited to have just released this song and think that it represents an evolution of my sound as an artist. As always, I must give a huge thanks to my amazing fans who are loving “Summertime Girl” and who allow me to do what I love to do! It feels great to be back at radio!

Do you think you will be releasing another song by the end of the summer?

Great question! Definitely have plans to release again in the fall. I’ve been working on quite a few projects this year (writing and recording) that I am also very passionate about.

Your new album is set to be released in the New Year. Do you have any idea of a release date yet?

I have an album that was put out this year that was specifically for the BiggerThanThat! Movement. The songs on that album have been shared with 1/4 of a million youth across Canada! Looking forward, I have an EP in the works to be released later this year, which will include the current single, “Summertime Girl”.

What can you tell us about your BiggerThanThat! Movement?

The program was inspired because I was bullied pretty badly as a child in school for making music and for being unique. I co-founded the BiggerThanThat! Bullying Prevention & Youth Empowerment program so that I could provide music driven concerts which inspire youth to dream big and never allow negative influences to stand in their way. Whether someone wants to be an artist like myself, a teacher, a police officer, an engineer, etc., it is them and only them that has the power to decide WHO they want to be. I’m a big believer in spreading self-confidence and helping children to communicate or talk about a problem. The program does exactly this! If you say that YOU can, then YOU can. I love to interact with the kids on stage through the message driven songs and literally watch “magic” unfold as they relate to my story and open up about their dreams through the power of music.

Is it mainly focused in the US or Canada?

To date, the program has visited over 250 schools across Canada, however, I would love to also bring it to the US as well!

Where can people go to learn more about it?

The website is www.BiggerThanThat.org. If a school administrator, teacher, parent, or youth would like more information about the program, I have an amazing team who will be happy to assist! All bookings can be made through the “Contact” page on the website. I’m always happy to point someone in the right direction if they contact me on my social media platforms as well.

After getting recognition from Taylor Swift, is there anything in the works between the two of you?

When I put the billboard up to Taylor Swift, I had the pleasure of meeting her at the 2012 CCMA Awards for which we were both nominated. Her Mom and her were very friendly and said they kept a copy of the picture from the billboard on their fridge at home. I appreciate Taylor’s endorsement to help kick start my musical career, and have since focused on creating and releasing my music as a solo artist through a Nashville based record label, Studio Gold Music.

What went through your head when you found out she saw it?

It felt amazing to have one of the biggest stars in the world recognize me publicly!

Where did the idea come from to buy a billboard?

I was trying to think of a unique way to gain recognition in the Nashville music community and woke up one morning with the idea!

Would this be a good way to get your attention as well?

I’d be honoured and humbled if one day, another artist reached out to me in this way.

Do you plan on touring Canada at all anytime soon?

I’ve been incredibly lucky to have been touring a lot this past year, starting in my hometown province of Ontario. The tours have covered everywhere from Vancouver Island to the Prairies, and the Maritimes. I’m hoping to visit even more territory this coming year! I’ll be in Halifax, Nova Scotia for the CCMA’s, and will be touring through the Maritimes again shortly thereafter. Can’t wait!

The next few questions are going to be a bit more fun, just so the fans can get to know you a little bit better.

Which Canadian stereotype do you think you carry with you the most while you’re working in Nashville?

Usually, it gets spotted that I am Canadian pretty fast. My girlfriend and I tend to use the words, “Sorry” and “Eh?” a lot. That’s a sure fire way to get “outed” as a Canadian.

What is the biggest difference between Canadian and American music scenes?

Canada has very supportive programs for domestic artists which allows for artists, such as myself, to be played on radio. In America, the gates to entry are much tighter but when opened, the possibilities are much larger.

I have a major sweet tooth! If there’s candy in front of me, chances are that it’s going to be gone pretty fast!

Thank you for supporting and sticking with me through the years. I’ve been creating music since I was 5, and have been blessed to see my dreams come true because of you guys! Please check out my new single, “Summertime Girl” and have a great summer!