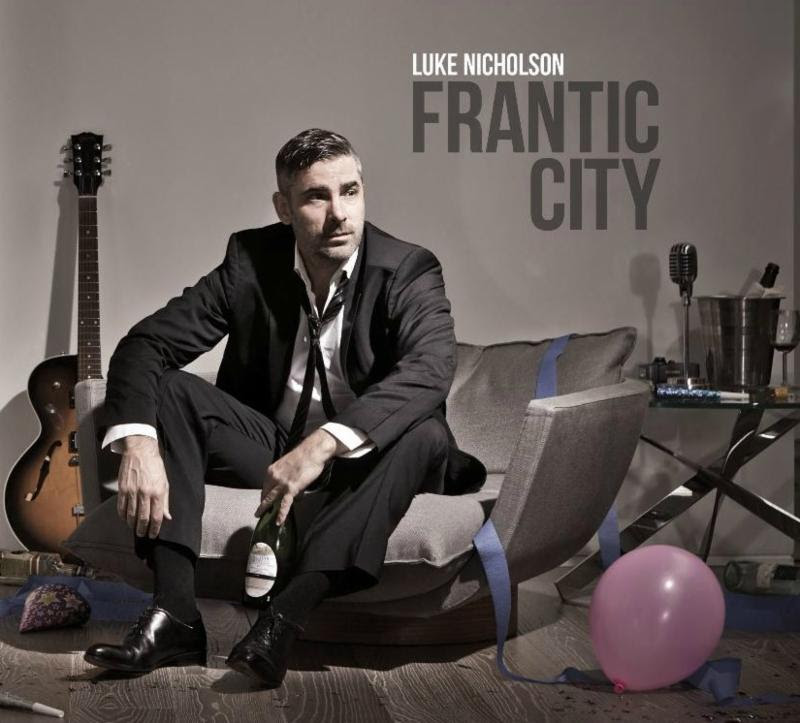 Luke Nicholson is a singer/songwriter about to release his second solo album entitled “Frantic City”. Luke will also be heading out to tour the eastern side of Canada throughout June and July. We had the chance to chat with Luke about music, life and his writing process recently, check out what he had to say below.

I got the lead role in the  school musical when I was 8 years old and still remember the butterflies and the nerves as I hit the stage for the first song. And when I got that first applause I was hooked ! I’ve been seeking that same feeling ever since.

You have said that you get your inspiration for song writing from life experiences, tell us about your writing process, what does that look like?

It’s always different . Sometimes it comes from a melody that lives in my head, other times it’s the story that comes first, which in turn decides the tempo or the progression that tells the story.  I never sit down to write it just happens.

How do you balance life as an artist and a family man?

It’s very much a challenge. And each day offers a new one, each different from the last.  It’s no different than anyone who’s job requires time away from home. You have to make an effort each day to keep grounded and to be an active participant in both your marriage and your family.

What kind of advice would you give anyone wanting to make a career out of music?

Love it first!!! This career is very rewarding but it also has its pitfalls and hard days. You need to absolutely love being a musician. It takes dedication and hard work . You are your own boss, but also the boss of others . You lead by example you have a PR team , a manager , and band members  that look to you and require that you are on it at all times. There is no free ride!

You are getting ready to tour the eastern side of Canada, what are you most excited for on this tour?

I love the east coast , the scenery the people, the oysters and the venues are always full of music lovers.

Frantic City is set to be released on July 10th, what are you hoping the listeners will take away from this album?

I hope they take away the fun that went into recording it. Roger Travassos produced it as only he can. He captured the honesty of each song with his production and the result is a catchy hook filled record.

Here at Canadian Beats we like to include a “just for fun” portion to help your fans get to know you better, here we go…

What is something your fans would be surprised to learn about you?

I once helped save  a homeless man from drowning during a flood under the bloor via duct . I guess he fell asleep under the bridge and flood waters rose very fast it was a scary day to say the least.  I was in the right place at the right time to notice him and to get help. I still remember the work of all the fire and rescue personal did to eventually save him . Crazy day with a happy ending!

You are stranded on an island and only have three things with you, what would they be?

Wife , daughter, and her Laddy ( her stuffed lion)

I had a very bad cold and  a few hours before I was to go onstage in front of several hundreds of people at Midem Music Festival in France I decided to take a large amount of cold medicine. When I went to sing the first note nothing came out!! I was mortified I had cotton balls in my mouth and couldn’t even speak . Someone gave me a bottle of water and I made it through my set . It was definitely a moment I’ll never forget!

What are some of your favourite hobbies besides music?

I love to camp and play on many regular sports teams.  from men’s league hockey to a pick up baseball team.

Last but not least, do you have anything you would like to say to your fans?

I hope you enjoy this record , I made it for me but I believe the subject matter is universal. I am very proud of it and am so thankful for all their support.