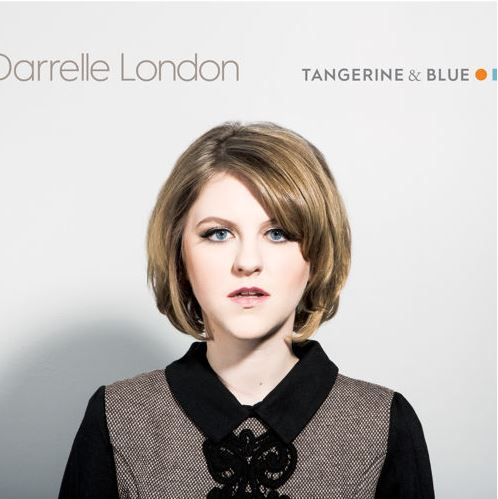 Darrelle London is a Indie Pop singer/songwriter from the lovely city of Toronto, Ontario. Her music career has taken her across Canada playing shows and performing alongside some of her inspirations. Some of Darrelle London’s music has been featured on Much Music, ET Canada and the soundtrack to  the TV series ‘90210’. With Darrelle’s new music being embraced by more and more people, she is now becoming known on a international level.

Darrelle London has released a new album titled ‘Tangerine & Blue’ on March 25th, 2015. This album features ten full length tracks that all demonstrates the passion Darrelle has for singing and songwriting. After listening to the album a few times throughout the day, I can honestly say that I fully enjoyed listening to it and even repeated a few songs. My top two songs from the album were ‘Viral’ (track two) and ‘Tangerine and Blue’ (track ten). The song ‘Viral’ is an uplifting, fast song that will get stuck in your head with its super catchy lyrics. ‘Tangerine and Blue’ is an acoustic song that sounds amazing with Darrelle’s beautiful vocals and lyrics that make the song flow nicely. Be ready to hear more great things from Darrelle London in the near future.