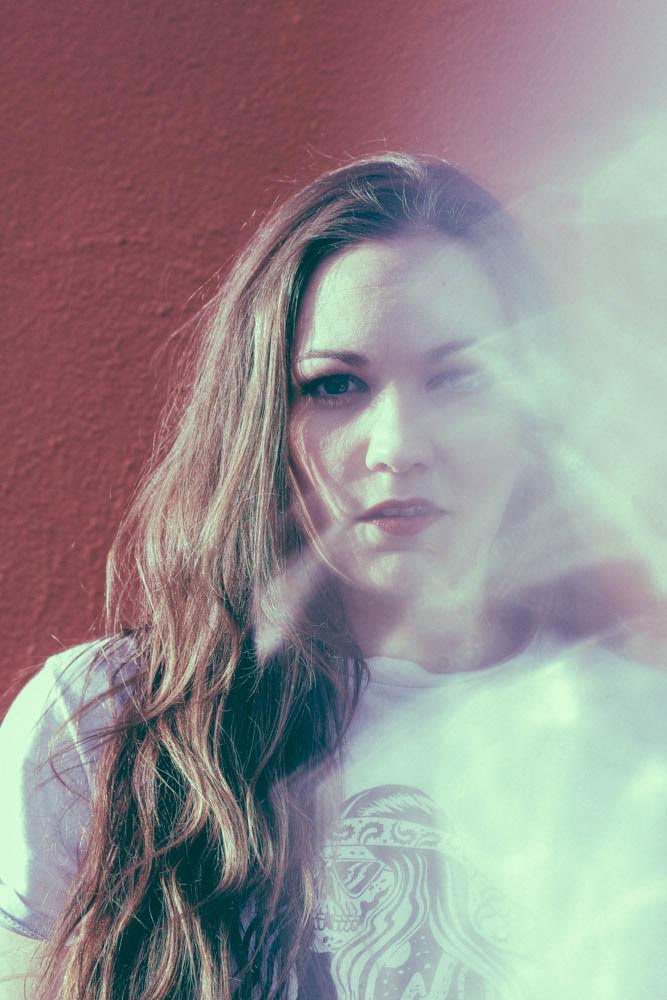 Vancouver based rock artist, Savvie has recently released her debut full-length album, “Night Eyes”, and has been touring throughout Western Canada this month, with a few more stops later in the summer. We had a chance to ask Savvie a few questions about her musical background, her album, and much more in our recent email interview, and now it’s your turn to read all about it!

I always thought that it was when I decided to go to college for music – that always seems like the quintessential official life choice moment. BUT, I recently was going through old keepsakes at my mom’s house, and found a filled in survey from a Barbie Magazine (yes, those existed), where I wrote in that my age was 7, my favourite band was Bryan Adams, and what I wanted to be when I grew up was a singer.  That’s pretty official right there.

You released your debut full-length album, “Night Eyes” earlier this year, how has the response been?

I’ve been really happy with the response. It’s been seeing a lot of love from CBC and lots of college stations, and that means a lot to me. I’ve also had some downright I’m-not-into it responses – but I’m ok with that, even glad – because I feel like it’s more powerful to have people either love or hate the music, rather than be indifferent. So I see it as a positive.

For me, it all starts with the lyrics.  They direct where the song goes. However working with Matt Rogers on this record expanded on that for me, he would send me musical ideas that I then had to  work my words into – it was a great challenge, and kept things interesting and diverse!

I wish I could say that I pull from important issues or social injustices, because music can be such a powerful tool for change – but honestly my inspiration comes from the things my heart experiences. It’s always been an outlet for being able to say the things I can’t “in real life”, and figuring myself out.

The consistent throughout all the musical phases, the type of music that I come back to no matter what, is good old Canadian Rock.  From Neil Young, to Bryan Adams, to Sam Roberts, they’re what makes me feel warm and fuzzy inside. It’s like comfort food for my ears.  Being a women and loving the rock dudes made me reach out and search for their female counterparts to look up to though – and ladies like Stevie Nicks, Debbie Harry, and Patti Smith serve as great role models.

Really, really great. I’ve been a Radio 3 listener for so many years, and to see my own song be accepted by that community made me feel like I had done something right.

Most recently your track, “Break You In” was remixed by indie-electronic duo, HUMANS, was this in the plan all along?

Not the plan, but definitely the dream! I’ve loved Human’s music since their first album so I was super thrilled when they asked to do a remix. Hopefully we can do it again sometime!

You recently finished up a selection of tour dates throughout June, which were in BC, AB and SK, when can fans in the rest of Canada expect a tour?

We had a blast in Toronto when we were there for CMW – we’d love to make it back this fall, fingers crossed!

What can fans expect from a Savvie show?

Truthfully the band has so much fun playing together. You can definitely expect to see that come across – and chances are also very high that there will also be a good showing of fringe, whiskey, and likely some profanity.

Dreams of Surrender has become a fave to play I think – it’s the most challenging vocally, as I have to let go and let out some guttural howls, and the lyrics are the most emotionally sensitive of the album, so I have to really focus and tap in. The band loves it because they get to lay into some pretty heavy riffs in the solo 😉 (we’ve got a video of us performing this live up too! (https://youtu.be/uiSNH0I8J5Q)

I’m a huge supporter of our local scene here in Vancouver. I’m listening to the new Yukon Blonde stream right now and LOVING it – I also adore the Gay Nineties, and a band you’ll be hearing much more about soon I’m sure, Van Damsel.

We like to include a portion of questions that may help your fans learn something new about you, so here goes:

Ha, this one will be a huge surprise – Bryan Adams.

Being in the water! Any water.

Let’s say you have a weekend off, how would you fill it?

Heading to the beach/lake/anywhere there’s somewhere to swim, with some pals and some ciders, and just relaxing as hard as I can!

I recently got a woman sitting on a lion – it’s a version of the strength tarot card. I’ve also got a peacock feather, a heart symbol that Leonard Cohen uses, and a moon and Aquarius symbol. Oh and a hidden treble clef in true cheesy 19 year old musician fashion 😉

If you were able to put together a festival lineup, which other Canadian bands/ artists would you want to share the stage with?

Do you have anything to say to your fans?

If you consider yourself my fan than all I can say is thank you, you rock, and let’s party soon!