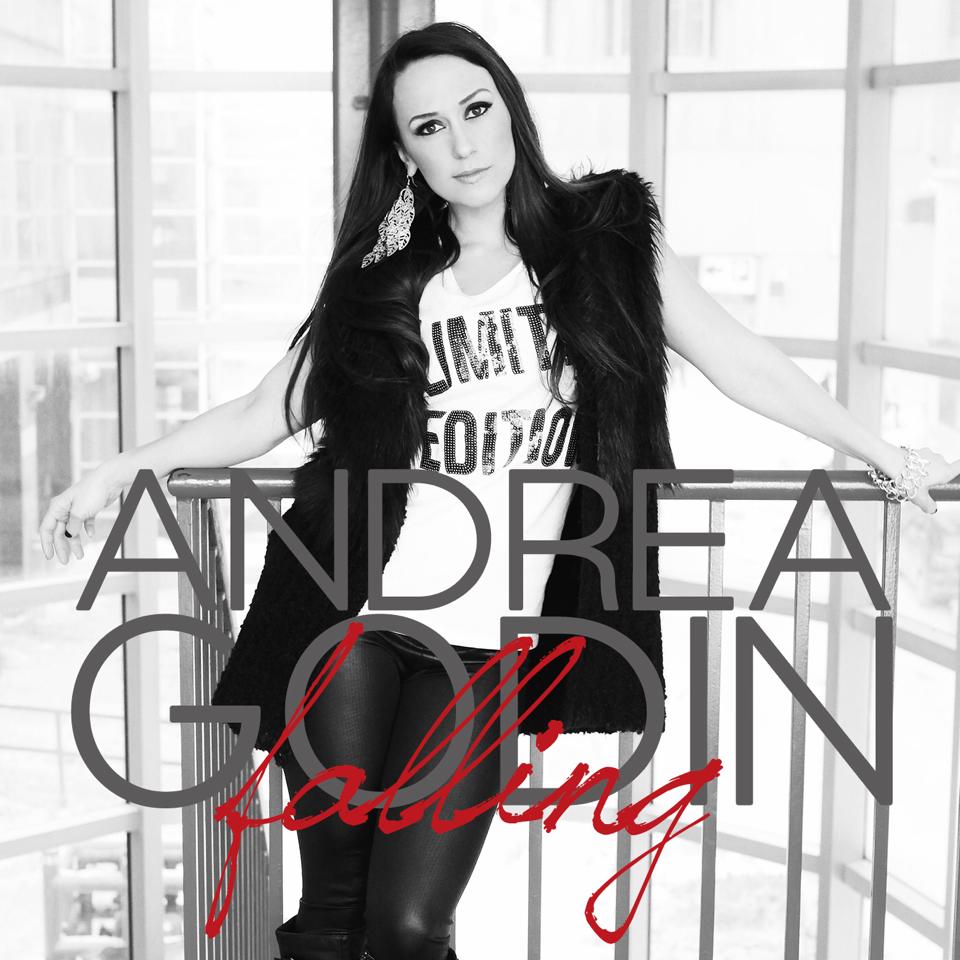 Andrea Godin is a pop singer from St. George, Ontario. She has been performing since she was a mere 11 years old; she knew that music was the thing for her. Her debut EP was released in 2010 and had several singles including “The Melody” and “Hot Summer” gained rotation not only on Canadian radio stations, but several in America, Europe, and even in Africa. She has toured and opened for many well-known acts including Aaron Carter, Karl Wolf, and Theory of a Deadman.

When you started performing at 11 years old, did you ever think you’d get to the point of opening for artists like Aaron Carter or Karl Wolf?

Opening for well-known artists such as Aaron Carter has always been a goal of mine. From the beginning I knew that I wanted to put on concerts to show my music to the world and this was the perfect step towards doing that.  It’s been awesome to have reached this goal over the past few years.

The shows that I’ve done with them are definitely ones that I will never forget! When I’m on stage at these type of shows, I can tell how passionate the audience is about pop music. It’s no doubt been the most ideal crowd I could ask for to showcase my genre of music and I’ve met some really amazing people.

What’s your favourite part about performing live? Do you have a favourite song to perform?

Performing live is one of the main reasons that I do music. I love pumping up the crowd, and no matter how stressed I am or how bad of a day I’ve had, being on stage always makes it better! There are so many songs that I enjoy performing. I’d have to say my favourite original to perform is Bullet because the song has so much feeling. One of my favourite covers to perform is If I Ain’t Got You by Alicia Keys. I’ve sang that song for over 10 years and there’s just special something about it to me.

You recently released “Falling” as a single. What was the fan reaction like? Was it what you expected?

I think Falling was a big step in the right direction for me. I was so excited to share a new type of sound with everyone and the reaction from listeners is even better than I could have imagined. The tweets and messages that I’ve received from people saying how much they love the song make every minute of the hard work worth it. I was very lucky to have found producers The Rezza Bros. As a team we’ve taken my music to a whole new level and I’m so excited to share all of the other music we’ve been working on as well!

In this day and age, almost everyone has some sort of social media account. As an artist, do you think it’s important to connect with your fans through social media?

I think connecting with fans through social media is one of the most important things if you’re an artist. It’s crazy because I talk to so many people every day from all over the world on social media who say they enjoy my music and they appreciate that I take the time to acknowledge them. I’m thankful to have so many people supporting what I’m doing so it’s definitely important to me that I take the time to do that.

Are you working on any new projects?

I’m always working on something new, whether it be writing, recording, or in the studio collaborating on ideas. That’s another reason why I do music, I enjoy the creative process equally as much as being on stage. I’m currently working on an EP and I couldn’t be happier with how it’s turning out!

If someone was looking to get into music as a career, what are some tips you would give them?

Just like any career, a music career is a huge commitment. You can’t have distractions because it takes so much focus to get where you want to be. There is a ton of unseen work that goes on behind the scenes so it’s definitely not all glamour, but if music is your passion then it’s 100% worth the effort and sacrifices.

Other than all of the projects I’m working on in the studio, there are alot of shows and events that I have coming up that I’m looking forward to! I’m currently in the midst of a media tour promoting my new single Falling on TV, Radio, and Magazines. I have my performance at the Canada Day festival in Niagara Falls and I’ll also be opening for Aaron Carter again.  On top of all that I’ll be traveling to Miami, Vegas, Atlantic City, and more to attend music events and concerts such as Kelly Clarkson, New Kids on the Block, Color Me Badd. It’s gonna be a busy Summer and Fall!

We like to add a few fun questions so your fans can get to know you better:

Do you prefer the book or the movie?

What’s your favourite thing about your hometown?

It’s a very small town, it’s very peacefull and there are no distractions which is perfect for when I’m trying to write music.

What do you think the most played song on your iPod currently is?

Either I Can’t Feel My Face by The Weeknd or One For Me by Ryan Hemsworth ft. Tinashe

Could you recommend any other Canadian bands/artists to your fans?

I’m a big fan of Melanie Fiona’s music. Her tone is amazing and her music is so powerful. If you’re an R&B fan check out one of my favourite songs by her called Wrong Side of a Love Song.

What are your favourite things to do when you have free time?

I love just hanging out and catching up with my friends. It’s been so busy lately so it’s great when I can just relax and catch up with good friends. I also love going to live shows of any genre, even if I haven’t heard of the artist before because I love live music.

First off, I can’t thank you enough for all of your support! It makes me so happy to see all of your tweets and messages and I love connecting with you all. Keep checking back to stay up to date with what I’m up to and I hope to see you all at some of my shows J