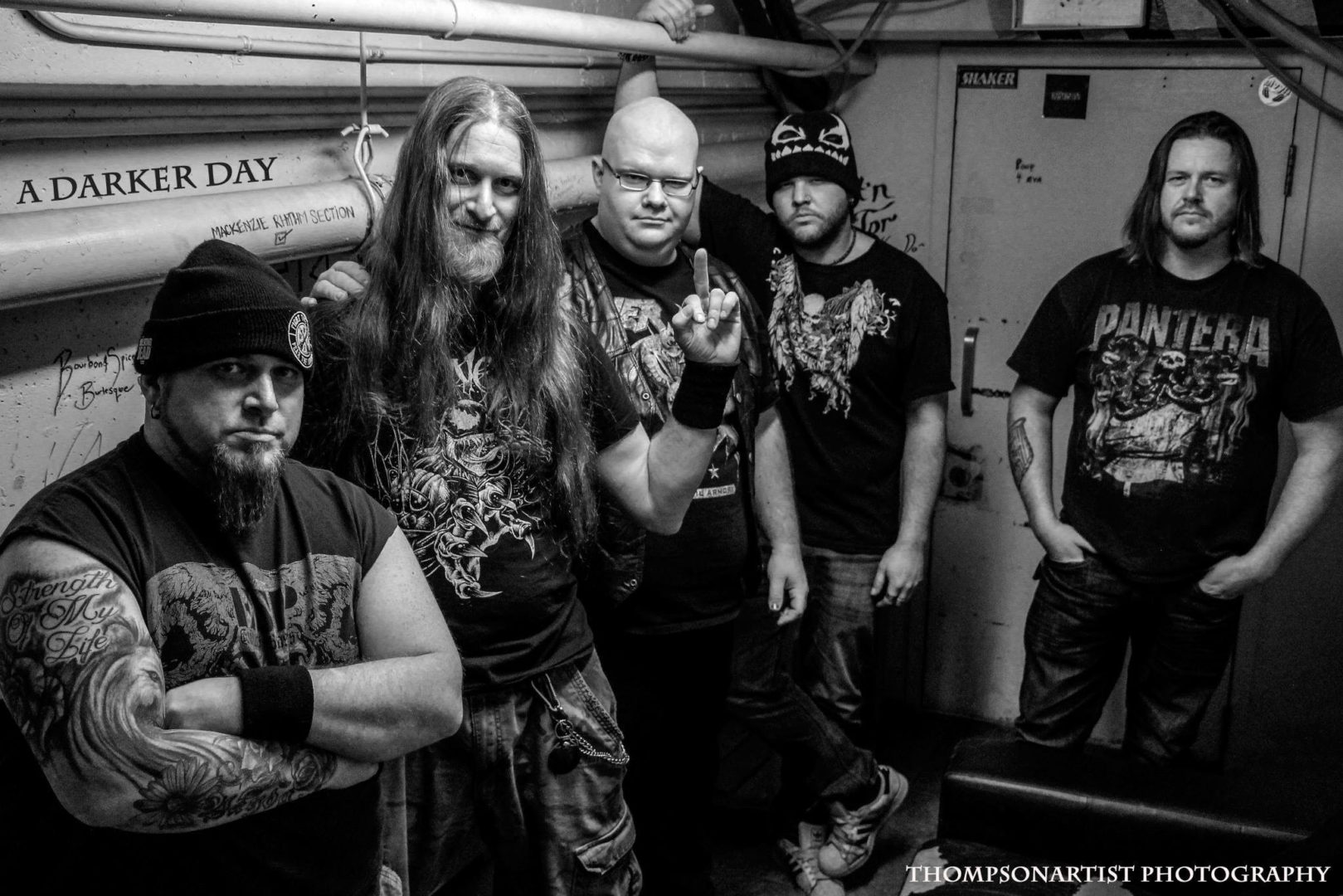 Ottawa, ON based metal band, A Darker Day has released a brand new self-titled EP on April 27, and we had the chance to ask the band a series of questions about the formation of the band, the new EP and lots more.

Jeff Jobling and Jaden Bailey practically grew up together and used to play in a band before A Darker Day One day they were trying out bass players and that’s when we met Gumby then about 15 or 20 years ago Jeff Jobling used to work at the CD Exchange Center beside a hair salon that had a tattoo shop in the back that Mark Garrod co owned and we became friends ever since. eight years ago Mark Garrod and Adam “Gumby” Armstrong got a phone call from Jaden Bailey and Jeff Jobling asking if they wanted to jam at first We thought it was for fun just to hang out but that is when A Darker Day was born.

How did you come up with the name, “A Darker Day”?

After a few weeks of practicing and coming up with riffs under a silly name (Mike Hawk and the Rock) Mark Garrod approached the other guys with the name (A Darker Day) that he wanted to use in his previous band but the other band members did not they already had however this time around the idea was instantly appreciated and A Darker Day is the name we stayed with.

Each other and daily life .

You released your self-titled EP in April, how has the response been?

The responses been amazing our entire Fan base and beyond has had nothing but good things to say, it’s nice to have a product that gets so far nothing but good reviews and we are very grateful for that not to mention all the online radio stations that have decided to put it in rotation such as pure rock radio, hammer smash radio, metal nation radio and CKCU and many more.

This is a very hard one to decide I personally love them all equally however I think A New Terror has the biggest punch.

You have some a show coming up at Armprior on July 17, when can fans in the rest of Canada expect to see live shows announced?

Well we have nothing planned as of yet for all of Canada however we just played amnesia rock fast in Montabello, QC with some of the biggest names in the music industry such as Slayer, system of a Sown, Deftones, Fear Factory among many others, June 24 we are playing with Crowbar, Battlecross, Lord Dying here in Ottawa and July 11th in Petawawa and July 17th in Arnprior among many other shows there is a full listing at www.adarkerday.com we are booked all the way November when we play with Prong on November 17

What can someone who has yet to see A Darker Day in concert expect from a live show?

What is the last concert you attended as a fan?

Kiss – Destroyer or Chuck Barry-I can’t remember what one

Who is your favorite comedian?

What is your favorite warm weather treat?

Thanks for all your support and stay METAL !

Link to the EP : www.adarkerdayottawa.bandcamp.com