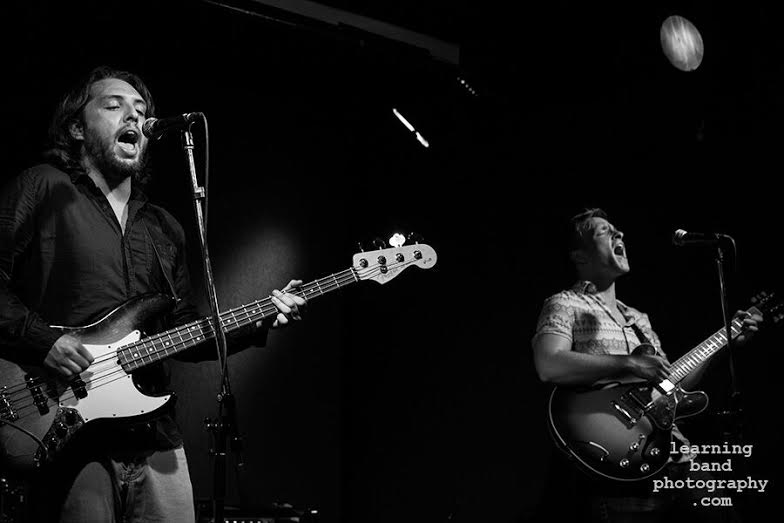 The Fiscals are an indie rock band who hail from Newmarket, ON. The band recently released their EP entitled “Mirror Test”, you can head over to their Bandcamp for FREE! If you’re in the Toronto area on July 10th, be sure to head to The Rivoli where the band will be celebrating their EP release along with The Donnys, Fox Trail & The Patrick Fockler Band!

I had the chance to ask vocalist/bassist James Bunker a few questions about the past, present and the future, so k eep reading to find out more!

How did you come up with the name, “The Fiscals”?

We had a hell of a time throwing band names around for at least a month or more. It was getting to the point where we were going to go with the first thing that we all kind of agreed on just to get it over with. Zack came up with name…  I took some economics in school so I always thought I was an interesting premise but the Fiscal is actually a breed of bird of Sub-Saharan African descent. It was something that we just had a great ring to it and was pretty original, so it stuck.

When did you meet/ form the band?

Pretty standard suburban upbringing… We all hail from glorious Newmarket, Ontario. The music community in the high schools was pretty tight knit and we all knew each other for years through that. Zack and I actually have done some previous work in other bands before and it’s something we were striving for from the get go.

Who have been your musical influences throughout your life?

We have TONS of artists we share an equal passion for both old and new. As for me, The Tragically Hip, Oasis, The Smiths and The Strokes are just a few that inspired certain periods of my life musically.

You were finalists on 102.1 The Edge’s “Next Big Thing” contest last year, how did that feel?

Exhilarating. Just to be recognized in such a way in a pretty infant stage for our band was nothing short of humbling. The greatest part was the amount of connections we made with fellow artists and most importantly just the incredible friendships we’ve made from it.

You have performed at NXNE, CMW, The Gentleman’s Expo and more, what’s next for you?

We just released our newest EP “Mirror Test”, and we are in the works to promote it this summer with a number of shows. One including an EP release party JULY 10TH at The Rivoli. A tour is also in the planning stages…

How has the response been for your new single, “Bad Disease”?

We’re all ecstatic with not only how the song and video turned out but with how the response has been. Hearing great feedback from people we don’t even know is something that’s really exciting for something we worked really hard on.

What was the inspiration behind this song?

That is interesting because a lot of our songs start as a blended beginning with ideas flowing from both Zack and I. This one was kind of a raw outline for some time and Zack got an idea from a couple instances that occurred not too recently.

You released a video for the single earlier this month, how has the response been?

The video turned out amazing. We kind of threw together a plan for not only a performance video, but also something with some subtext. The budget was basically nothing so how it turned out and the response to it has been tremendous.

You just released your new EP, “Mirror Test”, what can you tell us about it?

We are extremely excited to finally get it out there. It was a really long process for only a 4 track, believe me. For the longest time budget, studio and producer were things we had trouble sorting out. We couldn’t of been happier with how it turned out though. The producer we landed Hiren Mistry (Brothers of North, South of Bloor) was the best thing that could’ve possibly happened to us for the situation we were in.

What is your favorite song on the upcoming EP?

I can’t speak for the other guys of course, but each song I am really excited about in different aspects. For instance, “Oriole” was one of our first songs and has gone through a few transformations since its initial creation. I would say I am really happy with how it finally has turned out on our EP.

Can we expect a full Canadian tour anytime in the near future?

It’s something we are very much interested in doing, it is in the works somewhere down the line for sure.

Here, at Canadian Beats we like to ask a few questions that may help your fans learn something new about you, here goes:

I made my dad (after some serious whining in the mall) purchase me Green Day’s “Dookie” if I remember correctly. I also remember getting away with buying myself a Limp Bizkit album somehow….but lets not talk about that.

How often do you attend shows as fans? What was the last show you were able to attend?

As much as I possibly can. I saw Born Ruffians play some seriously killer new tunes in a relatively private show recently, just amazing stuff.

What are three things that you absolutely cannot go without?

That first morning coffee (at least one), my friends and family ( equally important) and Seinfeld reruns for the rest of my days.

On a day off, what could we find you doing?

I guarantee you a mix of playing guitar, light to medium amounts of exercise and eventual patio drinks with some mates or watching an entire season of something on my own.

I do. I got it from a very close friend on a very sloppy cottage weekend. It says “rely” on my right side ribs and I absolutely adore it.

All I really want is to continue to create as much music for you as possible for as long as possible. If a song even SLIGHTLY radiates with you I am completely fulfilled.