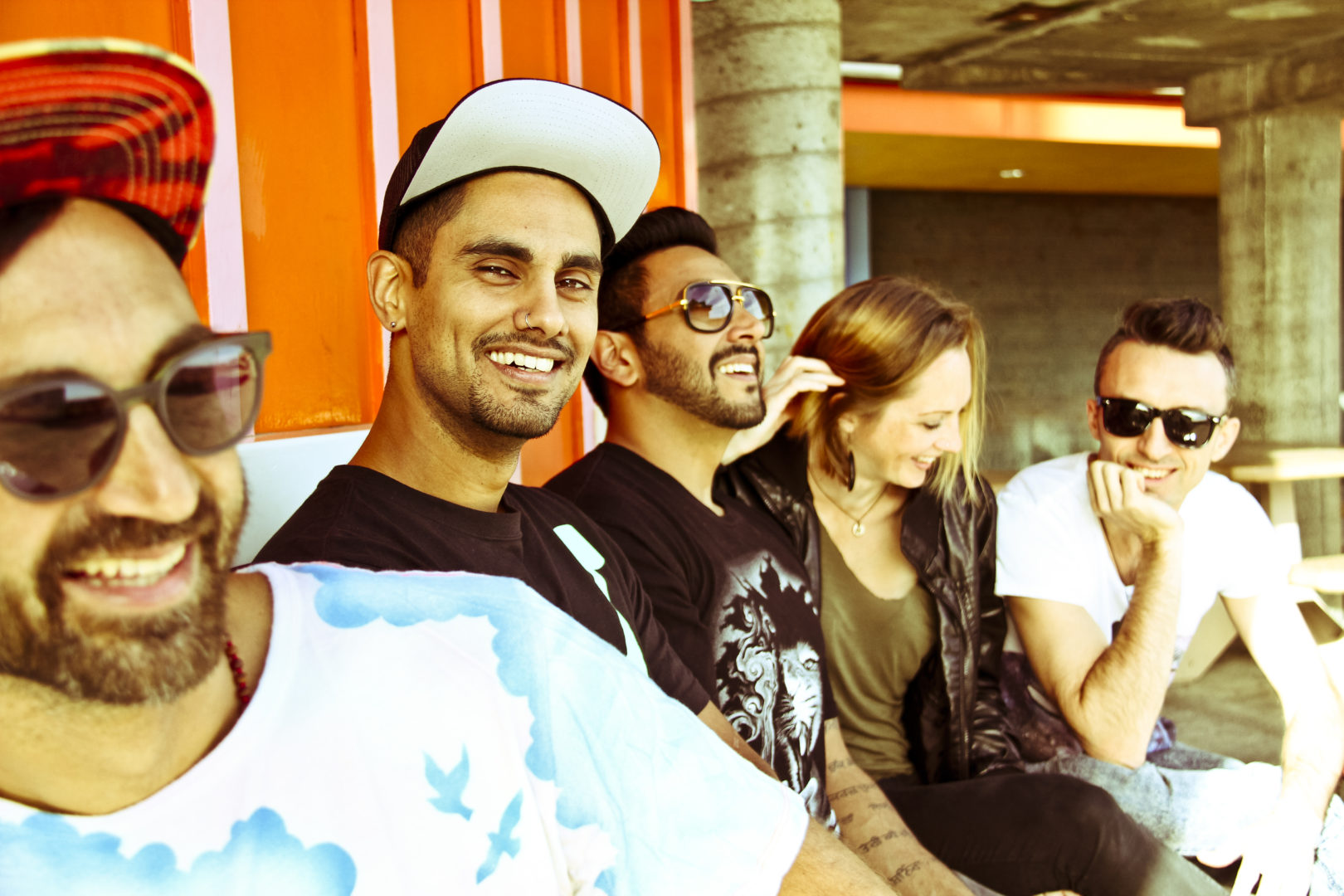 Vancouver based band, Delhi 2 Dublin are hard at work on their upcoming album, and will be touring across North America this summer. The band released a video for their latest single, “Low ‘n Slow” earlier this month, and we were able to get a few minutes of their time to ask them a series of questions about their background, their new music and the tour!

How did you choose the name “Delhi 2 Dublin”?

That was the name of the club night that we played at.

You just released a video for your latest single, “Low ‘n Slow.” What was the highlight of the video shoot?

How did you come up with the concept for the video?

Actually, our friend Darshan, who shot the video, came up with the concept. It was so radically different from the actual meaning of the song… but that’s why we loved it!

Does “Low ‘n Slow” give any indication of what we can expect from the rest of the album?

In a way. We did a lot of sample chopping on this one – dug up tons of old vibes from classic Bollywood records. Low ‘n Slow is a bit of an homage to that time – the 70s – that we feel was a Golden Era for the genre.

Your album is set to be released late this summer, what can you tell us about the writing process of the album?

Oh it can be anywhere and anything – a little riff James comes up with, a beat or loop that I make, a vocal that Sanj wakes up in the morning with… anything that sounds cool!

You are using PledgeMusic to raise money for the new album, what can you tell us about that?

Haha, I would call it more of an awareness raiser than a money raiser. It’s a great way to give people a ‘behind the scenes’ look at what we’re doing in the creation of the album. And it raises a little cash too – albums are expensive!!!

You will be touring across North America this summer, including stops in BC, AB, QC & ON, when can fans in the rest of Canada expect tour dates to be released?

We should have all our album release dates up in the next month or so – we’ll be hitting most of Canada in August/ Sep/ Oct.

What stop are you most excited about?

Oh jeez. We haven’t played out east in a few years. That’s exciting. Drummondville, Toronto, Ottawa. My family’s from out that way, so that’s super fun.

What can someone who has yet to see a live Delhi 2 Dublin show expect from your concert?

Too many! Nick Middleton from The Funk Hunters is producing the album – we love them. Dan Mangan. Humans. Bryan Adams baby! Pigeon Hole. A Tribe Called Red. Five Alarm Funk. Elephant Stone. Arcade Fire. The Maestro! Grand Analog. Too many, too many… Canadian artists are the best 🙂

Here at Canadian Beats, we like to include a portion of questions that may help fans learn something new about you, so here goes:

Haha, that’s not fair! I’m in album mixing mode, so it’s one of our new ones, tentatively called Ultradope.

I bought tickets to go see Stromae last month and then gave em away cause a gig came up. That’s the last one I can remember.

If you were able to put together a festival, which other Canadian bands would you want to share the stage with?

Thank you for letting us live our passion!