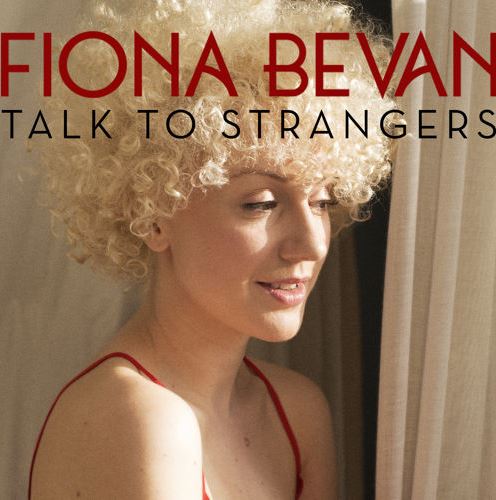 You may think you haven’t heard of Fiona Bevan, and maybe you’re right, but you may have heard of her music without realizing. In 2012 Fiona wrote a song with her good friend, Ed Sheeran, which went on to become the One Direction hit, “Little Things”.

Now back on topic, “Talk To Strangers” is full of songs which Fiona describes as “pop in disguise”, as it blends modern pop, stripped-down soul, folk and jazz, which together creates an amazing sound that will pull you in.

There are two songs on the album that I was completely entranced by. Fiona’s vocals on the fourth track, “The Machine” are smooth and enchanting. I cannot get enough of this song. The other song that I feel the need to touch base on is the tenth, “Pirates and Diamonds”. The song starts with the sounds of waves crashing on the beach, which immediately relaxed me, and then combined with Fiona’s tranquil vocals. This isn’t the type of album that I find myself singing along with, it’s the type that I find myself getting lost in, and I’m okay with that.

I highly recommend you head over to iTunes and pick up this album, as it’s the perfect mixture of songs for a relaxing summer day on the beach.

See our interview with Fiona: https://canadianbeats.ca/2015/06/22/interview-fiona-bevan/