By Remington Fioraso on June 24, 2015@https://twitter.com/RemingtonFD 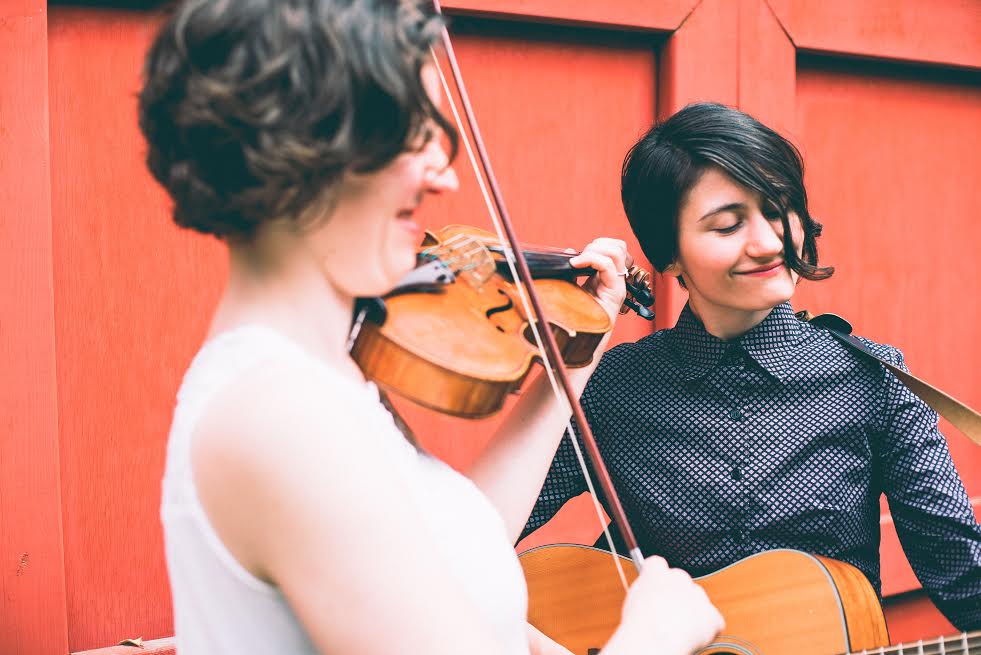 REENIE is an indie pop group hailing from Toronto, Ontario.  The group consists of   Reenie Perkovic alongside David Baldry, Lea Kirstein, Steven Falk, and Robert Diack. We had the chance to ask them a few questions, and now it’s your chance to read what they had to say!

Check out the video for Covered in Gold:

Although I have a lot of influences, I’ve always tried to illustrate the songs exactly as I imagine them. I’ve never been into replicating someone else’s sound, and sometimes that makes it harder for people to get into, because we all love comparing music to what we’ve heard before. But I do have John Mayer on repeat (especially “Continuum”) so that’s probably made its way in there and St Vincent is a new favourite, loving her textures.

For those who have yet to listen to your music, how would you describe your sound?

Indie is such a broad term now, and we draw from all kinds of genres. The guys in the band all went to jazz school but they all listen to a variety of music. There’s some folk there with Lea’s fiddle background and soul/blues really speaks to me so there’s some of that. I studied classical composition so there are parts of the songs that are super arranged and particular but then there’s a balance of that and more improvised sections. The blend of the trumpet and viola is one of my favourite things. It’s an unusual timbre combination, kind of like sriratcha and peanut butter, but it’s surprisingly delicious. We’ve been compared to Fanfarlo, Of Monsters and Men, Lucy Rose..

What topics are you most often inspired by when writing?

Mostly relationships and the human condition. The struggle of being an individual within a community (specifically the LGBTQ community, and growing up as a lesbian in an Eastern European family, although they have embraced it now) and breaking through social constraints, working through relationship issues, love songs.

Well, we try not to record anything that we can’t play live, so it’s pretty honest, musically. I think people are hungry for that. And there’s room for improv in my songs so there are sections that are slightly different each time. We all like to make fun of each other on stage. And also Lea and I poke fun at our relationship (we’re married, we work together, create together) and in our business there’s lots of room for mishaps, so we like to bask in them and turn them into funny moments. It’s been interesting being on this duo tour and cracking LGBT jokes and having even more conservative audiences in remote communities in Canada respond positively. We find that people are really embracing for the most part, if you give them the chance.

What was the filming experience like for Cover in Gold?

So fun! We rented a beautiful space (the Jam Factory) near the distillery district in Toronto, which is run by amazing people that are super supportive of the arts. It had this gorgeous abandoned warehouse feel. And with Michael’s lighting direction, it took on this surreal isolated quality. Another friend from high school did Nickeshia’s makeup and the gold body paint that starts to appear throughout the video. And it was awesome working with Michael Malko, the videographer. We shot it in 5 sections and he used the shadows to cut between them. It’s the coolest piece of art that I’ve been involved in so far!

How did you get involved with Nickeshia Garrick for the music video?

We’re both alumni of the Eastwood C.I. Integrated arts program, an arts high school in Kitchener, and after having gone separate ways (Nickeshia went to study at the National Ballet School and then dancing and touring with COBA), we reconnected in Toronto and found we really enjoyed the projects we were each working on and wanted to collaborate!

People have been remarking on how well the strength, power, self doubt and then resurrection in Nickeshia’s dancing amplifies those themes in the song. Which was a deliberate choice, to pick such a strong woman to dance the role, and I’m so glad it comes across. Can’t wait to work with her again! Also, everyone asks if the dance was improvised because it’s so organic, but it was choreographed!

What can fans expect to see next for you?

In typical Canadian Beats fashion, here are some fun questions to help fans get to know you a bit more….

What was the first show you went to?

Steve Miller Band with my uncle, I think I was 9.

What is your favourite thing to do during the summer months?

Iced coffee and people-watching in Trinity-Bellwoods park in Toronto. Some people like to feed the birds and squirrels. I just bring a bag of artisanal espresso beans and watch the hipsters fight over them. Ya know, a typical summer.

Creme brûlée! There’s something so satisfying about cracking that top layer.. I’m on a mission to taste all the creme brûlées every new place we go.. Especially when we do a Europe tour.

Orange is the New Black – when Lea and I get home from this tour we’re locking ourselves in a room and watching the entire 3rd season. Also, this Danish show called “Rita” because the characters are so real.

If you could have any superpower, what would it be?  whatwould you do with it?

Flying would be awesome but everybody wants to fly. I think my super power would be making people instantly respect me as much as they would a man. I know we’re getting there slowly but it would be like insta-forget all the social shit we grew up with and BOOM! Respect for women’s ideas and valuing their opinions equally. Superfemme.

Be yourself! You do you, cause ain’t nobody gonna do it for you! Also bring me creme Brulée please :))