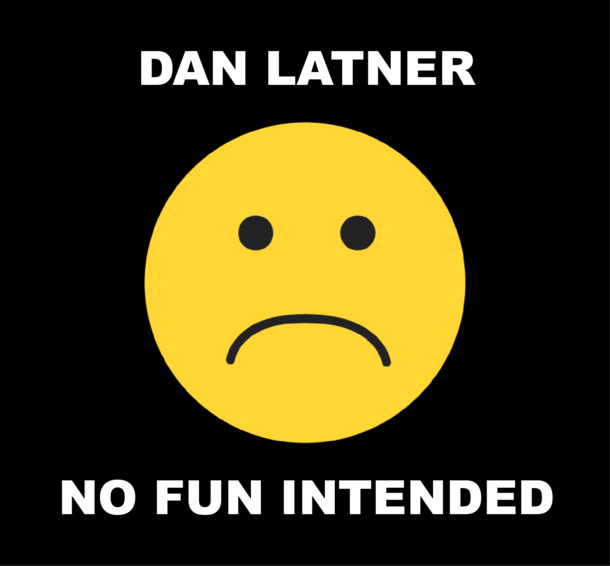 Dan Latner is a folk/bluegrass artist. and fiddle player from the lovely city of Toronto, Ontario. Dan Latner was previously in a band called The Unseen Strangers, they released a total of three albums until Dan left in 2013 so he could travel. During his travels Dan started singing and songwriting alone and thus creating his solo music career and his new album “No Fun Intended”.

“No Fun Intended” is Dan Latner’s first full length album following up from his EP “Better Than Nothing”. The album features 13 tracks that all represent Dan’s talented song writing. I listened to the album a few times through and can say it was nice to listen to. The two songs that I picked out for being my top favorites are “In A Hotel” (track three) and “Poutine de L’Amour” (track ten). “In A Hotel” was written during Dan’s travels to Nepal which you can hear while you listen to the song and reflect on the lyrics.  “Poutine de L’Amour” is sung in both English and French which makes it enjoyable to hear the two languages mixed into one song. Dan Latner has released his first music video for the song “Northern Canada” (track one) from the album.