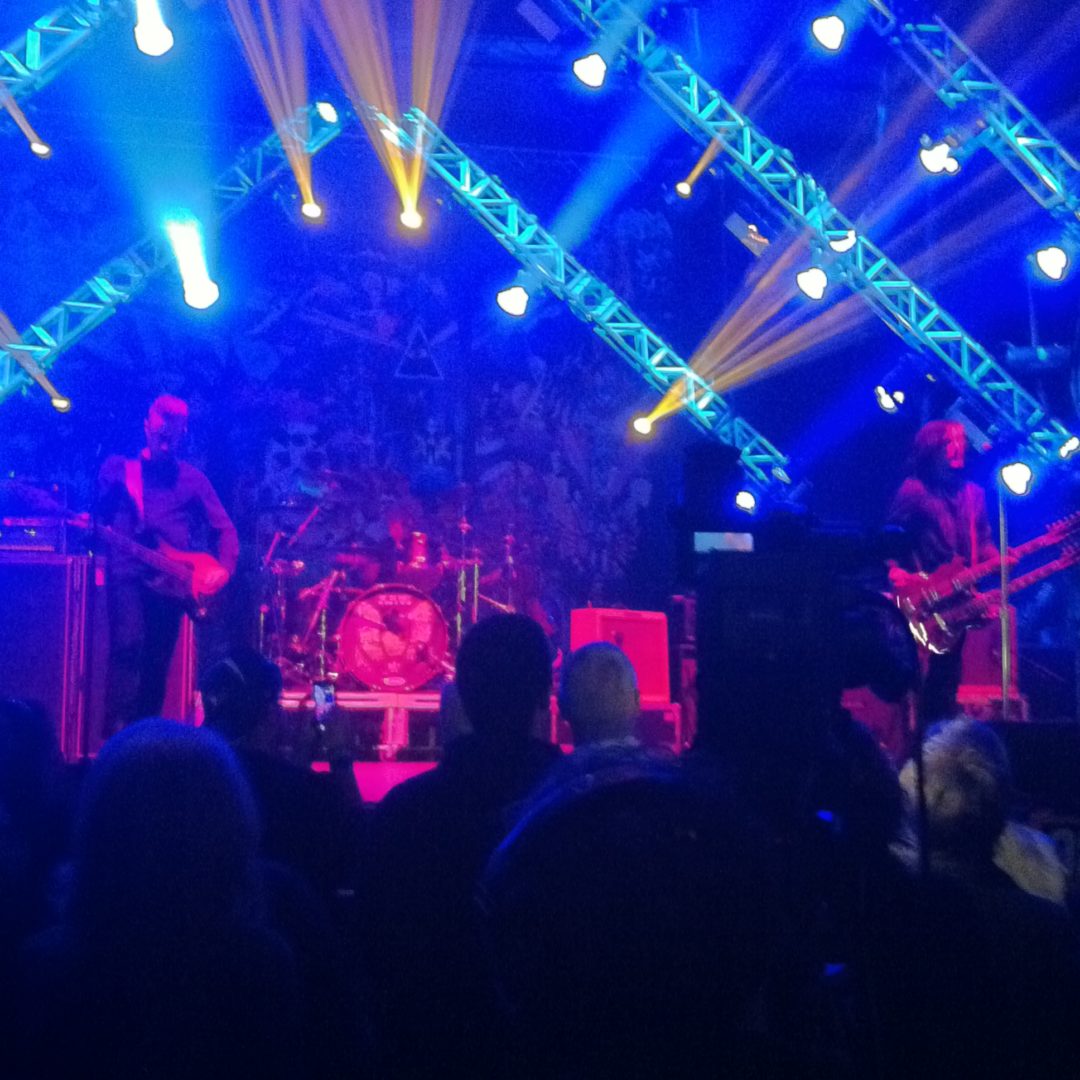 Who: The Tea Party
Where: Spencer Smith Park, Burlington, ON @Sound of Music Fest
When: June 19, 2015

We couldn’t have asked for a more beautiful day to see one of the most powerful Canadian Rock bands out there.  The show started off with some middle eastern tunes playing in the background while the stage was set-up. The band started out with a Tea party classic The River, and they interjected a few songs here and there to keep us on our toes. Sometime early on in the show Jeff Burrows slammed his kick drum so hard that he busted right through part of it. No drum can take the beating he puts on them!  They incorporated four of their new songs from their latest album The Ocean at The end, to make a powerful and strong set. These men never disappoint during their shows, the energy that emanates from deep within all three members comes bursting out when they are on stage.

I deeply love how Jeff Martin connects with his audience, you really feel; not just hear him during his performances.  At one point during the show JM said to the audience “ ok so what do you feel like now?”.  Jeff Burrows began on the drums and Jeff Martin began to sing “I’ve got you under my skin” by Frank Sinatra (even though it was a bit of a joke, he still sounded amazing).  Prior to playing Save Me, Jeff played his Esraj leading into the song, he also broke out his famous bow solo too! If you haven’t seen him do this you are missing out on something spectacular.

There were a couple of things I did notice, on occasion the band overpowered Jeff’s voice (and I have never heard that happen before, because Jeff has a strong deep voice), so they needed to perhaps adjust the mixing.  That was not the case on every song, only here and there. Considering this was an outdoor venue, the sound was still pretty awesome! The lighting was beautiful but there were many times where the lights shone right in my face and I couldn’t see where the band members were on the stage (but maybe that was just where I was standing because shots that I’ve seen from further back looked great!).  I also have seen this band at large venues and small, and they can rock both without question.  I do much prefer seeing them in an intimate environment, but who doesn’t love seeing bands in smaller venues?

One of my favorite songs of the night was “The writing’s on the Wall”, is that ever a rockin’ song!

The band did come back on to do an encore, as they so often do.  JM claimed they had six minutes to play us a fifteen minute song, so we were going to hear Tea Party on speed. 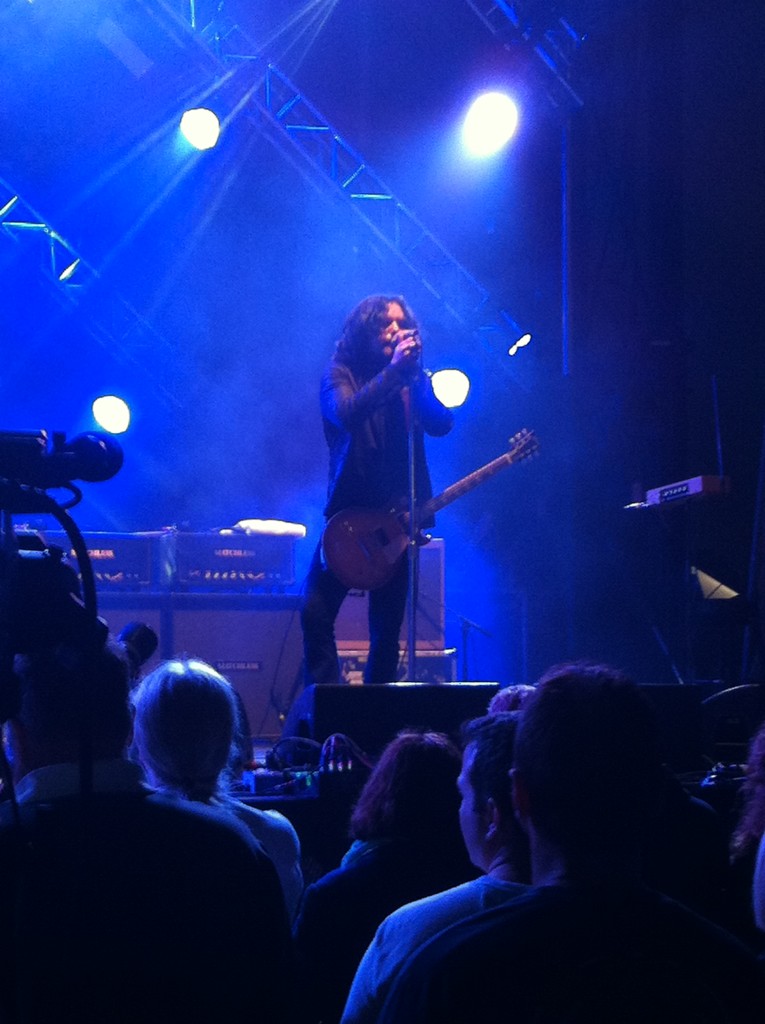 I have to admit I am a longtime fan of this band, and I am overjoyed that they have made new music again.  When I leave the shows I always feel this wonderful surreal feeling, like they have taken me out of my skin and brought me back again.  If you have never seen them play live, it is something you MUST do – trust me!

They are teasing about a big announcement coming this week, so check out their Facebook Page to find out what that will be.