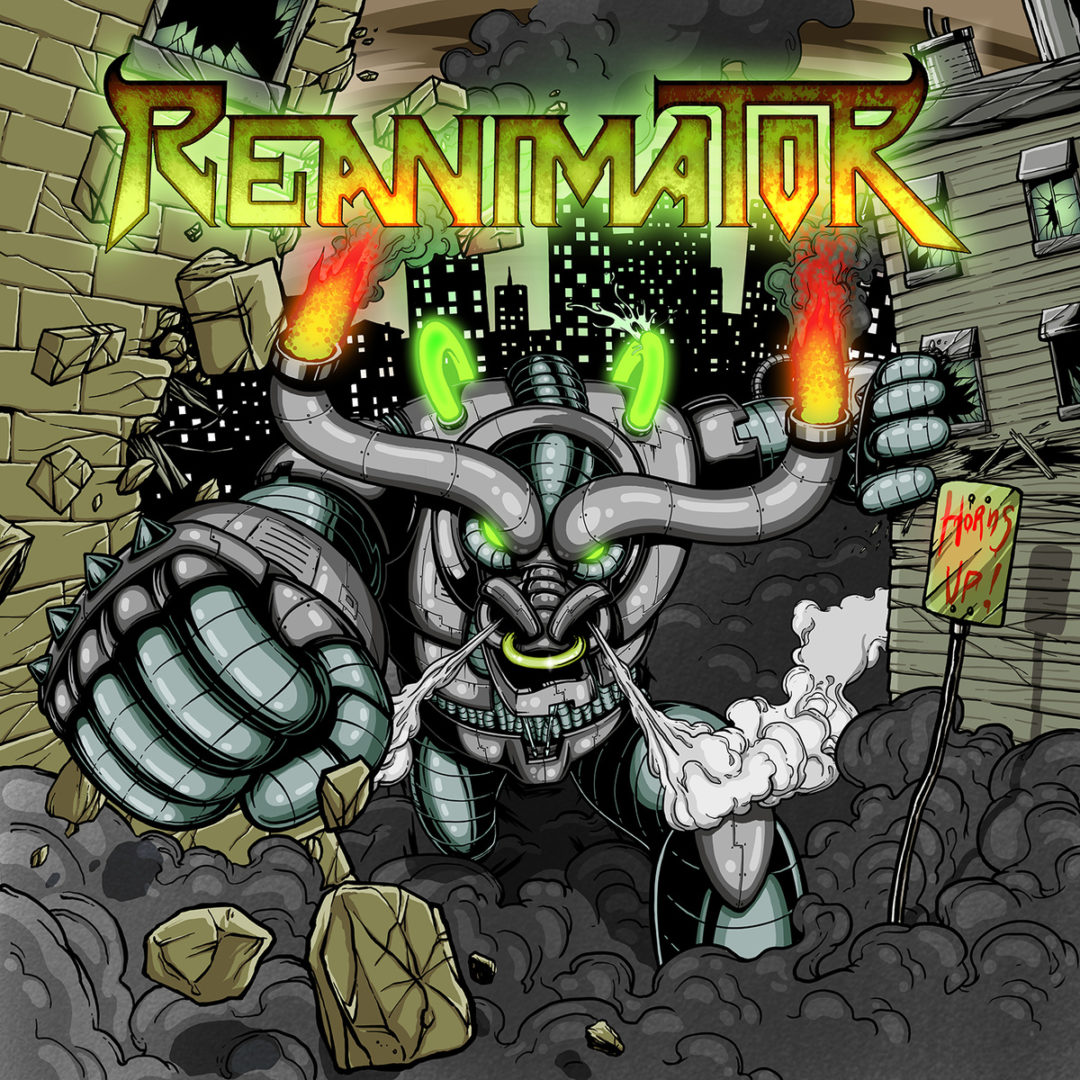 Montreal’s very own thrash masters, REANIMATOR, are back and you had better put your horns up (haha sometimes I’m funny) for their new album called, you guessed it, HORNS UP!!!!

The album opens with a high octane, and catchy as f**k tune called ‘Electric Circle Pit’. My mind went immediately to the muppet drummer known as animal, if he had even worse rage problems and a crazy penchant for partying. The song is executed so well that your expectation for the rest of the album are set incredibly high, and you can rest assured that you won’t be disappointed, and I bet you’ll agree that these guys could give Snakes and Barrels a run for their money!!!

Horns Up was recorded at the aptly named Badass Studio’s, REANIMATOR have seriously proven that there are still awesome old school thrash metal bands around, and they won’t go quietly. A word of warning for all you metal heads out there that love listening to music in your car, if you blast this record you are guaranteed to get a speeding ticket. Check out Horns Up and if you are lucky enough drop everything and head to one of their shows IMMEDIATELY!!!!