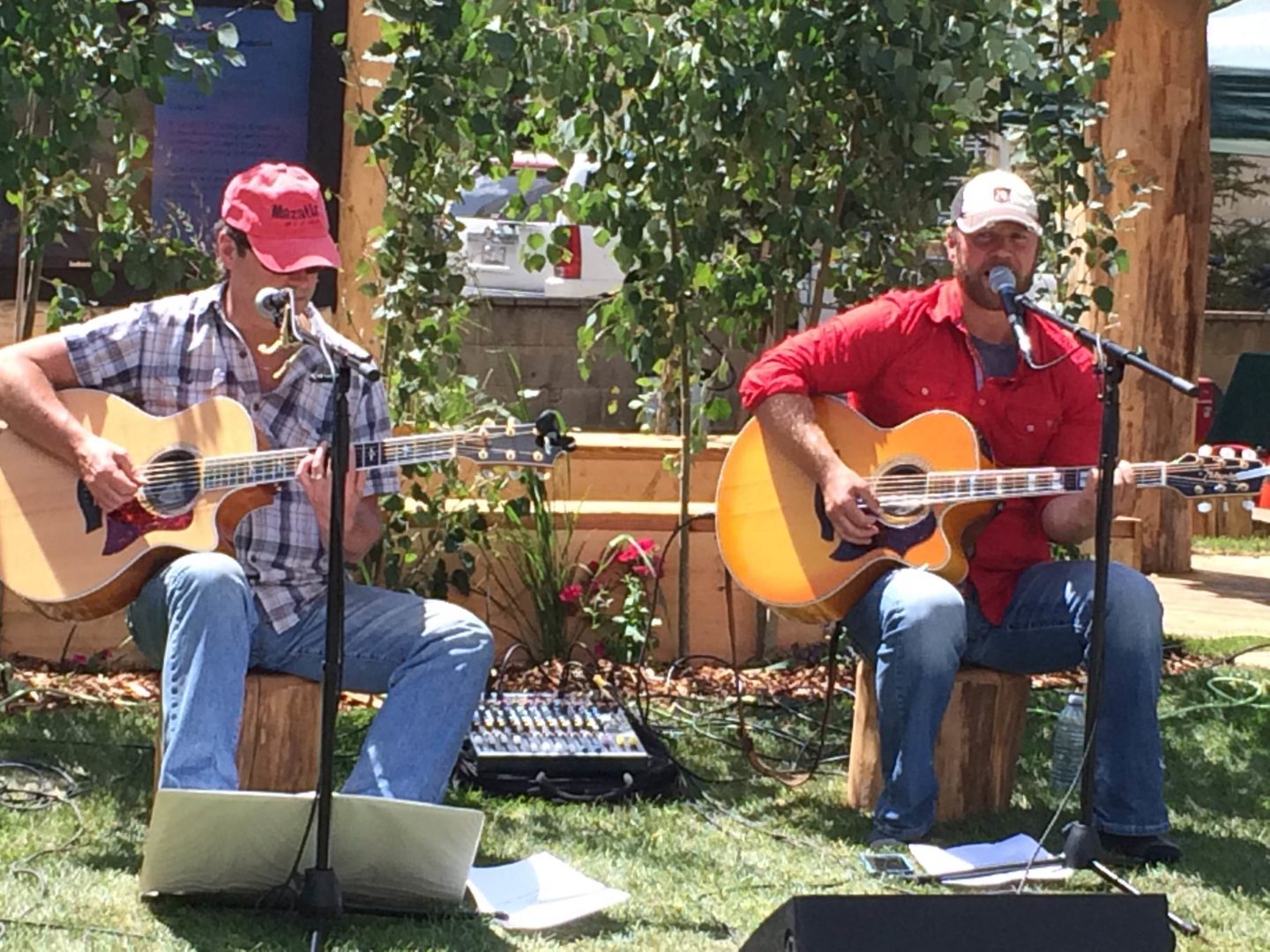 Who: Craig Moritz
When- June 16th 2015
Where- Downtown Calgary

Craig Moritz is a down to earth country singer/songwriter. He is a Medicine Hat native but now calls Calgary home. He is an animal advocate and the celebrity spokesperson for Cats and Dogs International. So it’s so surprise that he feels so strongly about promoting green spaces within the city. Craig recently played a free set right in the heart of downtown Calgary with TD friends of the environment. I headed down to the show on Tuesday afternoon to give you a feel of his live show and the cause behind it.

It was a beautiful day in the sun at 26 degrees. The downtown lunch crowd was spilling into the streets to escape the stresses of the workday. And no better way to escape that then enjoying some great tunes and beverages on a pop up green space. Craig played an acoustic set with guitar player John Field. He played original songs like his most recent single “Good Time Coming On” and a few covers including Jimmy Buffett and Jason Aldean. The sun was blazing down and the crowd kept filing in despite their suits and the heat. Craig kept the audience engaged with his charm, comedy and great tunes. All the while making sure spectators were aware of the cause they were supporting. TD employees served drinks and cookies adding to the effectiveness of the mid day get away for downtown workers. All in all it was a great way to spend the afternoon, and the perfect way to get their point of promoting the importance of green spaces in Calgary across. Craig has incredible talent and pairing that with his passion for great causes is sure to make him an unstoppable force in the country music scene.

Craig Moritz will once again be downtown Calgary Friday June 19th at 7:00pm to grace the people of downtown with his music. Be sure to head down there to support more green spaces in Calgary and experience his acoustic set for yourself. The show will take place at the Impark Lot at 500-6th ave SW.