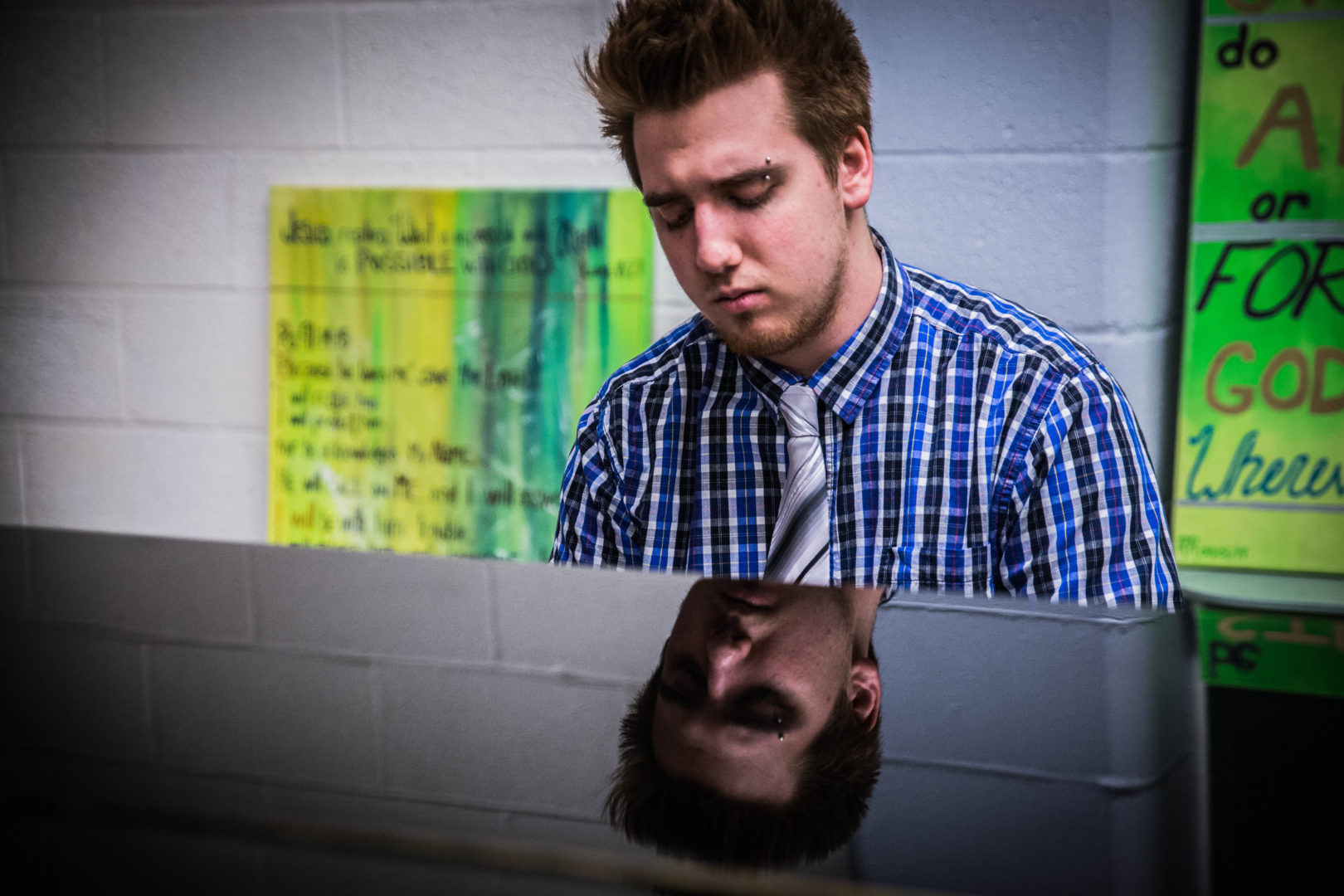 City Virtue is a pop project from Canadian pop artist, Jared Buller-Kormos. I had a chance to conduct a follow up interview with him about his upcoming music, as well as some fun questions that may help you learn something new and interesting about him!

How did you choose to call yourself City Virtue?

I have been a huge fan of Owl City since Adam Young started that project.  Secretly I wanted the word city in it, so I started to daydream and fantasize what my name could be, and I started thinking about the joy’s in life and the trials and love and peace, etc.  Then I thought, virtue.  A city of Virtue’s.  Somewhere you can have joy, love, and peace.  But also somewhere you can have hardships, trials, strife, etc.  I found it an intriguing concept, but my music didn’t really reflect the meaning, now I have my own idea as City Virtue, I call my fans my “residents” of “the city”.

You are currently hard at work on a new album, has your sound changed since you began?

Yes immensely, I started an album with the mindset of writing acoustic/electro-pop, but recently I was inspired and I guess sidetracked by another genre that I have been writing in.  I have implemented my sound into a more heavy/rock feel.  I am really enjoying it so far.  It is a challenge in many ways but so much fun.

Can you give us any hints as to what to expect on the new album?

Well I want to continue what I have been doing with my original idea with my new album, but before I finish it I may release some of my more recent side project, which is still City Virtue just a different sound.  I want people to see a different side of me and my music.  One thing I can say is the production and writing quality will be ten times what it was than my last album “In my mind”.

Any idea when the album will be ready to be released?

I am really unsure, sometimes it is hard to tell, I am hoping it will be done by this summer.  Right now I would say stay tuned for lots of covers and other originals that I will be doing, mainly on my youtube channel.  I also implemented a new theme based songwriting idea that I call “fan songs” where a fans give me an idea at a certain time and I pick one of the ideas that the fan gave me and write a song about it crediting the person who came up with the idea.  It’s very fun and new for me.  Sometimes very challenging

You have been working hard pursuing a music career since a young age, beginning with drumming and then into song writing, where do you tend to pull inspiration from when writing?

Oh man, anything really.  Anything that comes to mind.  When I was younger and more new into songwriting I would force it and usually only write about really sad things, or strictly love.  Mainly because it was pop-culture and I wanted to be in the scene.  Back then it was a lot of rock and bands I loved, but now I have really created my own unique sound, and my inspiration a lot of the time comes from other artists that I really like, and I get an idea and turn it into my own, that is really what inspiration is, it’s someone passionate about something that gives you a boost of confidence and motivation to explore your passion, and turn it into your own thing.

How many instruments do you play? Are there any you have yet to learn but would like to learn?

Instruments I can play solidly are drums and guitar.  I am best at drums because my first instrument was drums.  I would LOVE to learn how to play piano, you can do so many amazing things with it, also from following Adam Young (Owl City) I have wanted to learn so I could start using a real synthesizer in my music instead of a virtual synthesizer, it would sound much more authentic.  It would be super cool to learn to play a xylophone, I have always been intrigued with it.

You are known to release covers on YouTube, such as “Shut Up and Dance” by Walk The Moon and “Good Time” by Owl City, what is your all-time favourite song to cover?

I would have to say currently my favorite song cover would be “The Lover After Me” by Savage Garden.  I have listened to Savage Garden my entire life and I deeply love that song.  Lots of memories listening to Savage Garden, also Darren Hayes is a huge inspiration to me.

Do you have any upcoming shows this summer?

No not that I know of, it would be really cool to get even a small local gig to showcase myself.  I am hoping in the near future to start playing more.  It is hard for me because I don’t have a band, it is just me that writes and records everything so I either have to do everything acoustic, or play with back tracks.  And not everyone is keen on back tracks, I love playing to back tracks though.

If you were able to take off on a tour with any other Canadian artist/ band, which would you choose?

I would have to say either Michael Buble’ even though he is way better than me, or Hedley because I have been a huge fan of Jacob Hoggard since Canadian Idol.

Here at Canadian Beats, we like to include a small portion of questions that may  help your fans learn something new about you, so here goes:

I don’t play much sports, but I love getting together with friends and going swimming or walking down by the river and hanging out.

Definitely “Shut up and dance” by Walk the Moon.  I LOVE their 80’s sound, it makes me want to live in the 80’s to see if it really was that cool and fun.

Will you be attending any music festivals this summer? What acts are you most looking forward to?

I found out that Lights was coming Saskatoon and I really wanted to go, but the tickets were all sold out.  Other than that I may go to a few small local shows.

It’s been forever since I have been to a concert, the latest gig I have been to would be a friend of mine’s band “The 11th octave” I believe is what they are called, they are great.  The latest concert was probably “Marianas Trench” and that was amazing.

I do not have any tattoos, I am definitely considering getting one.

I would say be yourself, don’t try to be someone else, people can see the authenticity when you are yourself and that is the best way to go.  Stay strong, and always search for inspiration because it is always there you just have to find it.  And NEVER give up on your dreams.  Thankyou so much Canadian Beats for the support it means the world to me, anyone who sees this check out more of what Canadian Beats does, they are huge supporters of Canadian indie artist’s.  Don’t forget to check out City Virtue on Youtube and subscribe to support my music!