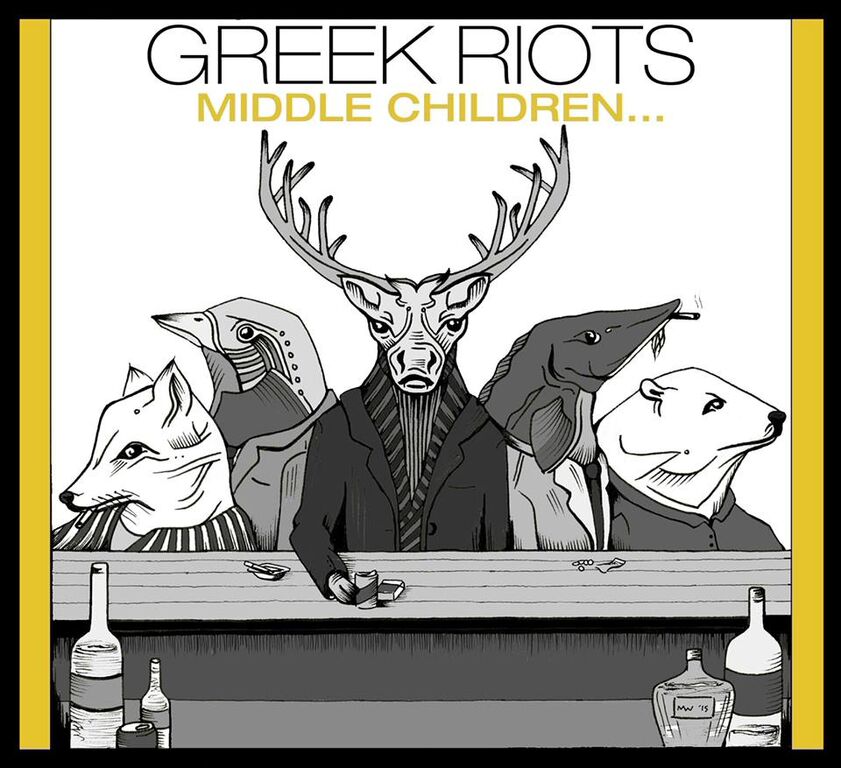 Winnipeg’s Greek Riots are gearing up to release their first full length album on June 26th. The band will play a release show that day at The Park Theatre in Winnipeg with Mobina Galore, Moon Tan and Mabel’s Flight.

The first track off the album, Sleep, is very catchy and a great start to the album. I can imagine that this song is going give a very high energy live performance with lots of audience dancing. My favourite track from the album is The Projects. I think its a great song to end the album with.

With any first album, there is always room for improvement but Greek Riots are headed in the right direction with Middle Children…